Ten years ago, there was chaos in the City of London.

The Global Financial Crisis of 2008 sparked a period of volatility in the UK stock market – banks stopped lending to each other, and the so-called Credit Crunch began in earnest.

Photographer Stephen McLaren was there to watch the mayhem unfold, and he has now unveiled images capturing the fear and helplessness plaguing the City of London a decade ago.

The biggest casualty of this financial crash, considered to be the worst of its kind since the Great Depression, struck in September when one of the largest investment banks on Wall Street, Lehman Brothers, filed for bankruptcy.

This economic crisis left a trail of destruction that would take years to clean up, and a decade on, Britain is still feeling the consequences.

Mr McLaren captured the activity of bankers in England’s capital as the market went into meltdown in photographs taken ten years ago.

They present fear and misery in this manic moment juxtaposed with eerie normality – images of men in suits smiling and laughing while others sprint in panic through the streets.

‘As October 2008 became the month when the City lost its bottle, I assumed I would see “blind panic” outside banks, mass protests and hordes of sacked bankers heading home for the suburbs with their possessions’ the photographer told Huck Magazine.

‘I had to look harder than I thought I would to see all the psychic disturbance that was taking place in people’s working lives.’

In 2008 a financial crash hit the City of London, and photographer Stephen McLaren embedded himself in the community to document how bankers reacted. Here, a panicked man runs through the streets on his mobile phone 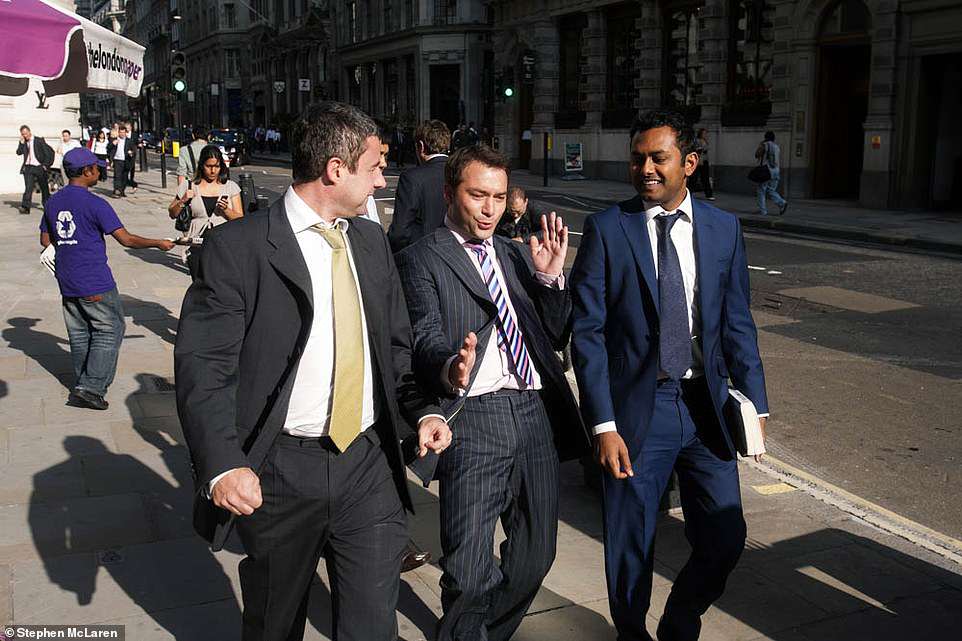 But Mr McLaren did not only find devastation and panic in the City of London. Instead, what he saw was eerie normality – bankers joking with each other as they roamed the capital 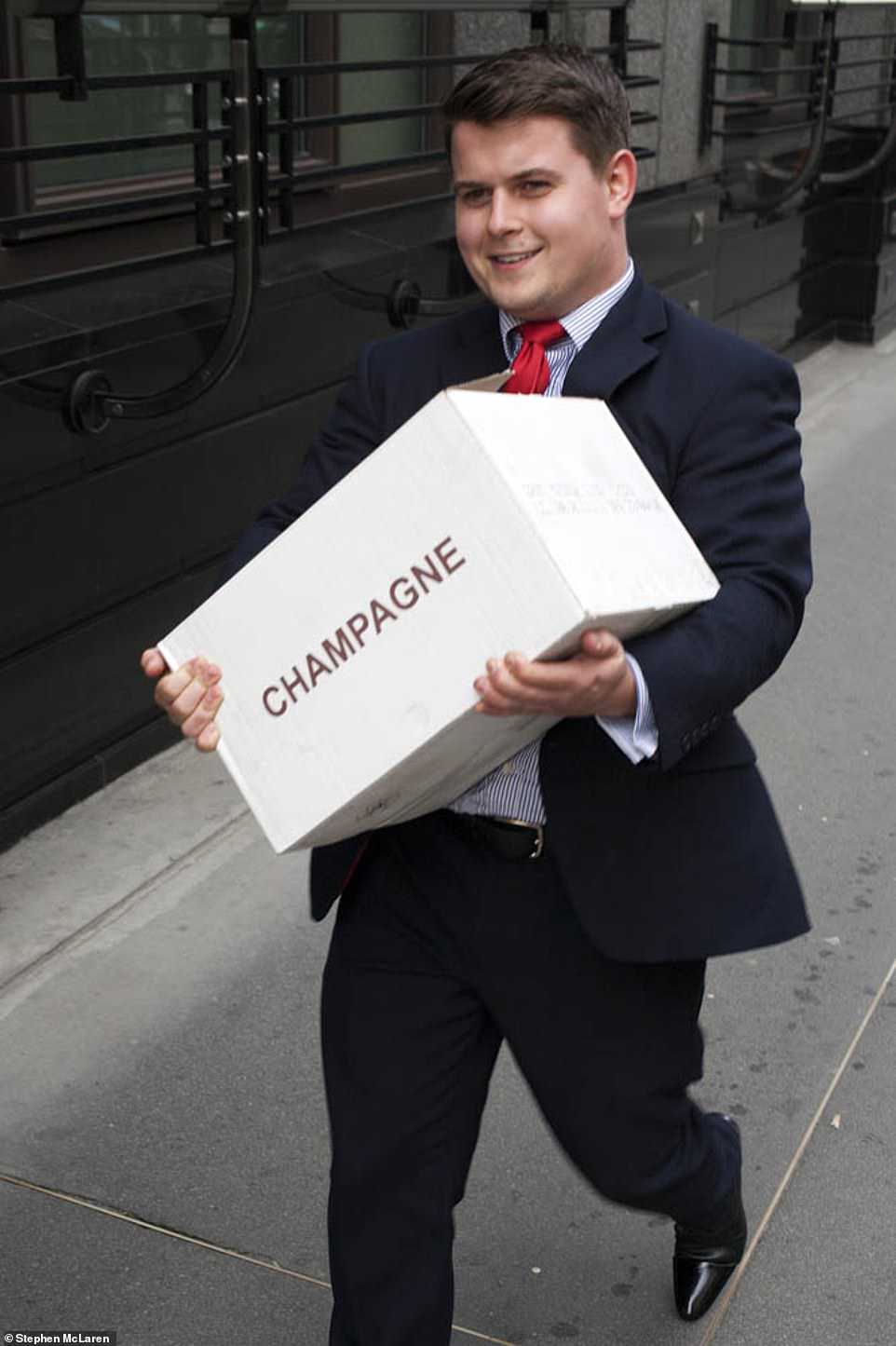 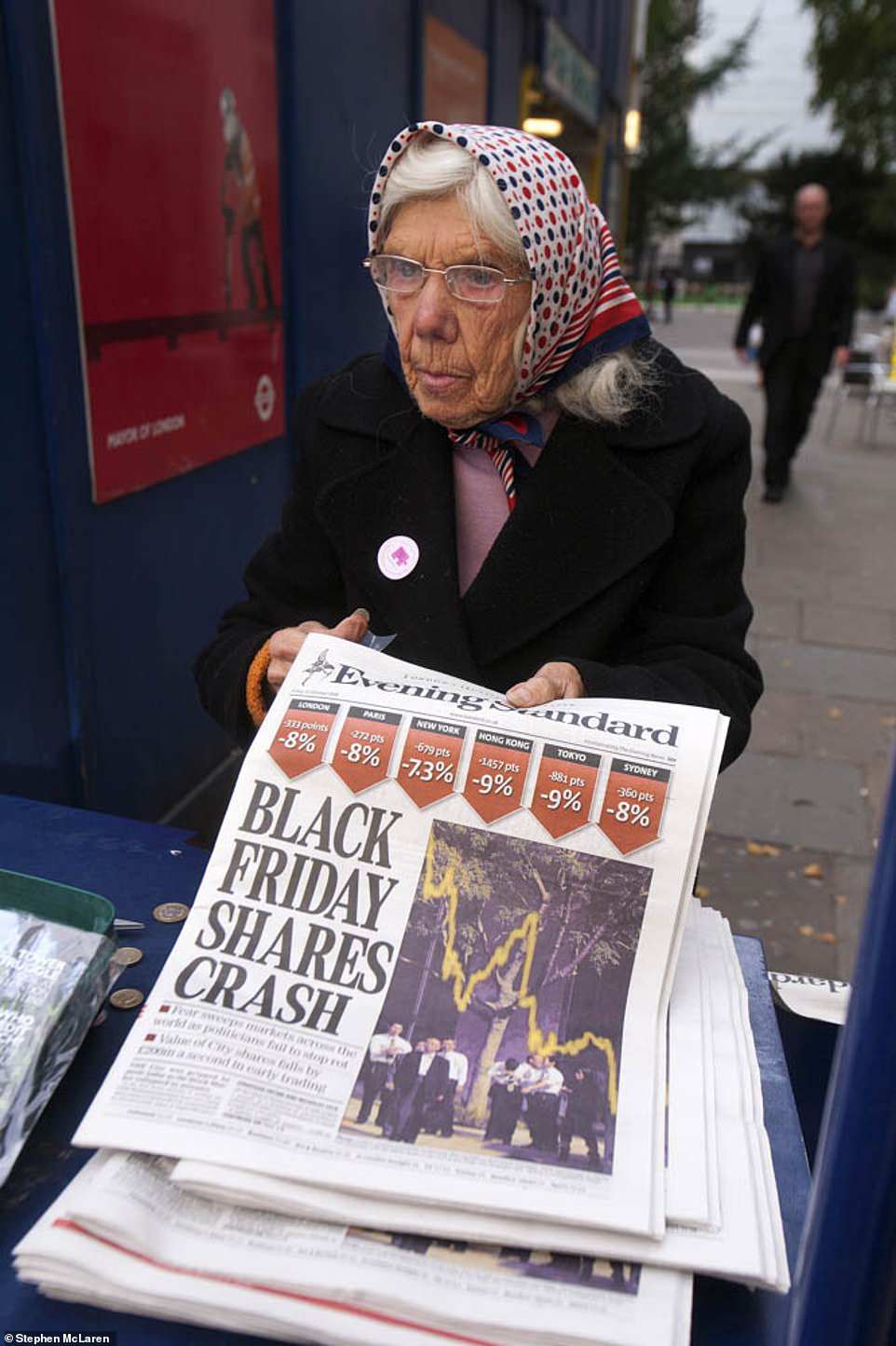 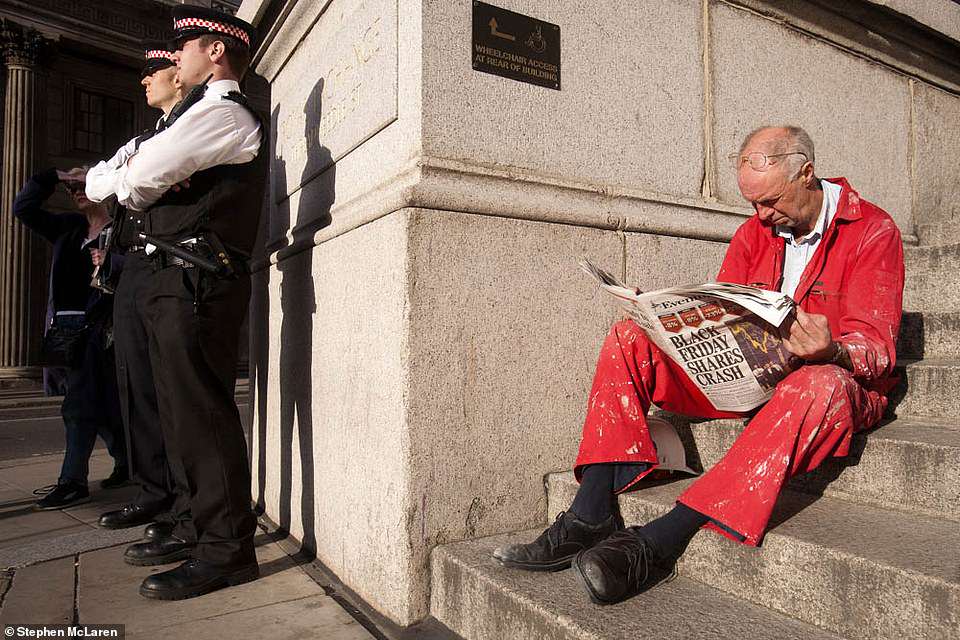 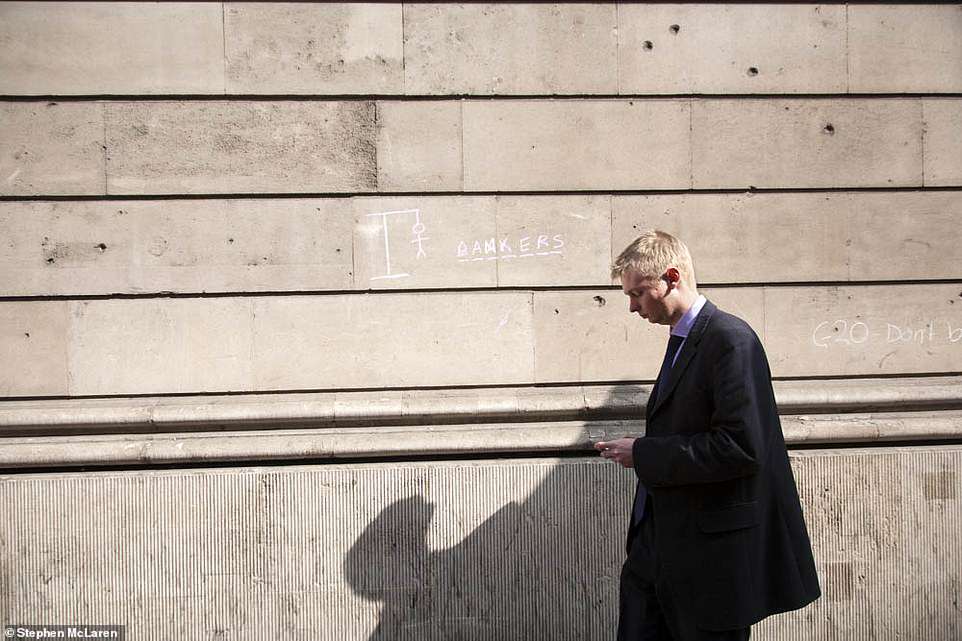 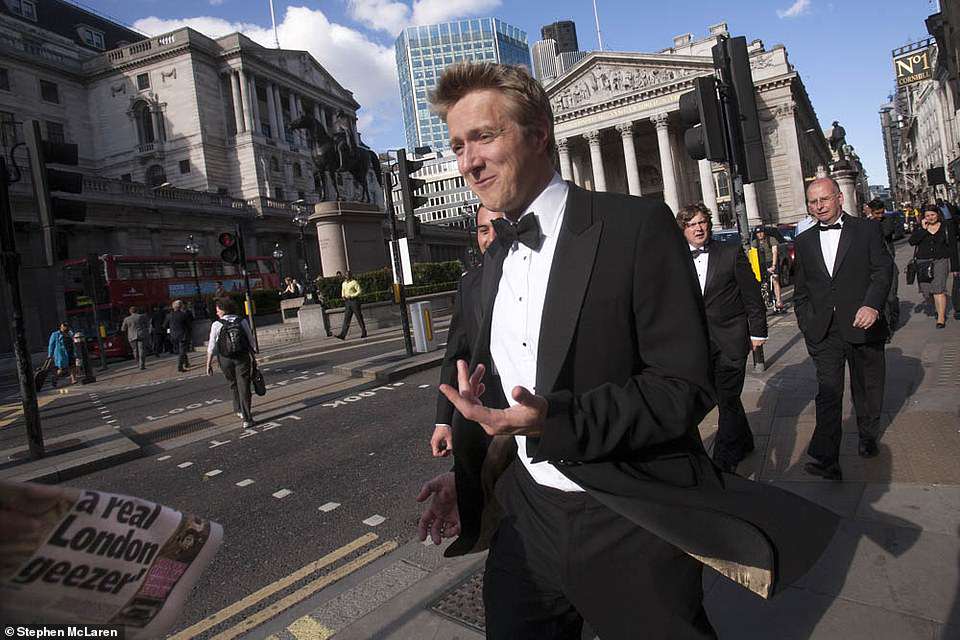 Mr McLaren said he assumed he ‘would see “blind panic” outside banks, mass protests and hordes of sacked bankers heading home for the suburbs with their possessions’ 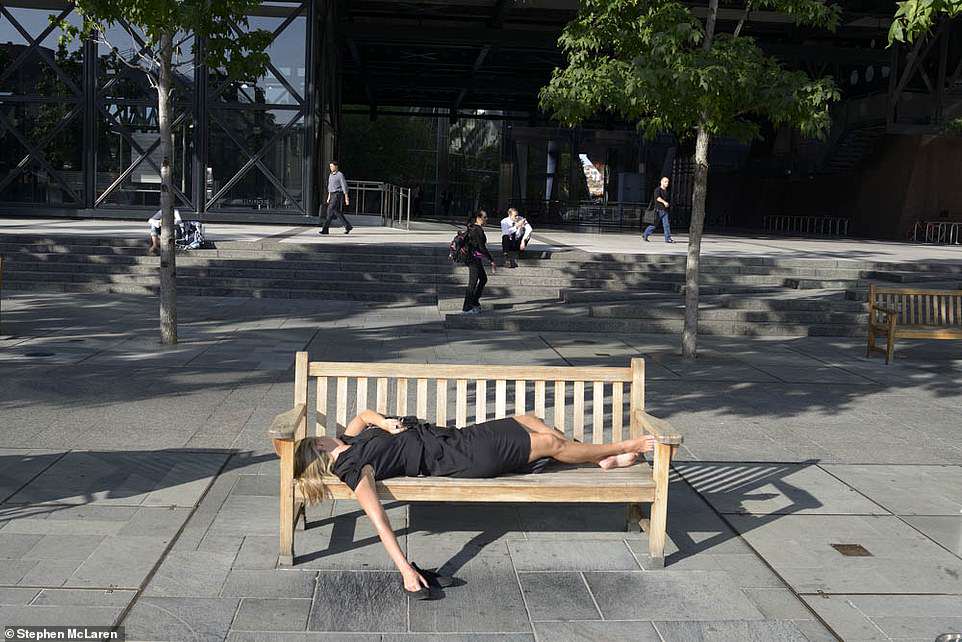 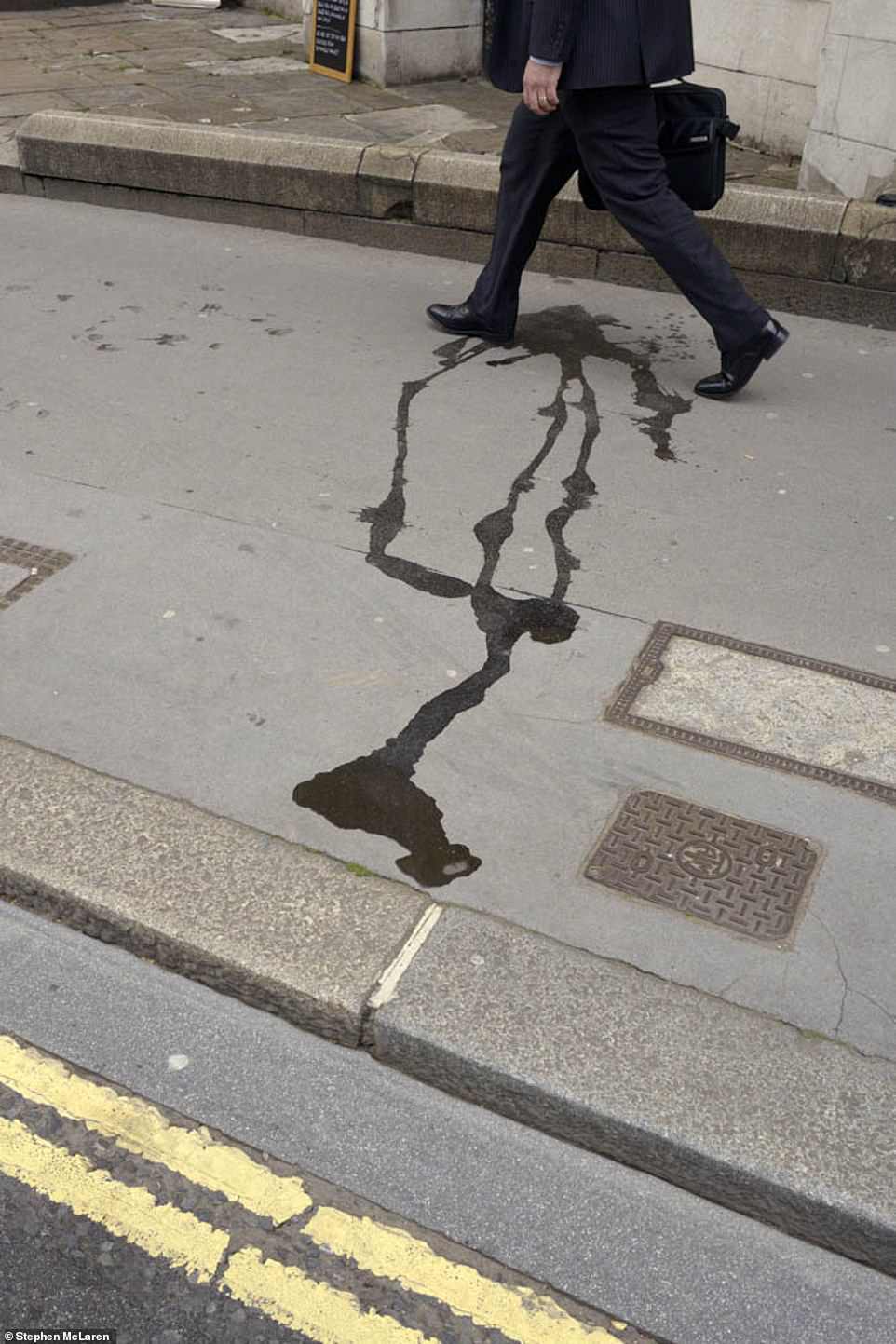 Another worker steps over a spilt drink as he makes his way through London. Mr McLaren said the normality of the images made him question what we have been told about the panic of this crash