LeBron James is BETTER than Michael Jordan, claims Draymond Green, as he says LA Lakers star has faced harder competition and insists ‘NOBODY can do what he does on a court

Draymond Green has weighed in the debate of the greatest basketball player of all time between Michael Jordan and LeBron James, claiming there’s ‘nobody’ that ‘can do’ what the LA Lakers superstar does on a nightly basis.

The Golden State Warriors star didn’t hold back his opinion when he dropped his top-five NBA all-time greats on the latest episode of the Uninterrupted – a multimedia platform, created by James – breaking down why he believes ‘The King’ is the better hooper than ‘His Airness’.

Among his reasons were the four-time NBA champion’s longevity as one of the five-a-side game’s best players, as well as his varied skill set, specifically passing. 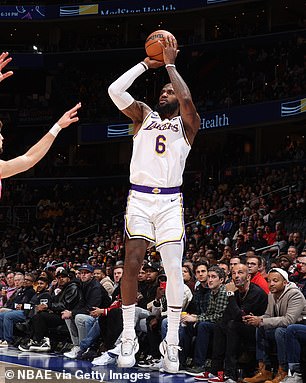 But Green especially claims the level of competition that James has had to play against is what distinct him from ‘His Airness’.

‘MJ didn’t beat the greatest team ever assembled,’ said the 32-year-old, most likely referring to the 2016-17 Golden State Warriors, which had the talents of Kevin Durant, Steph Curry, Klay Thompson and Andre Iguodala.

‘Nor did he run up against the greatest team ever assembled every year.’

Green then implied that ‘there’s nobody that has ever played the game of basketball that can do what LeBron James does on a basketball court. Nobody.’ 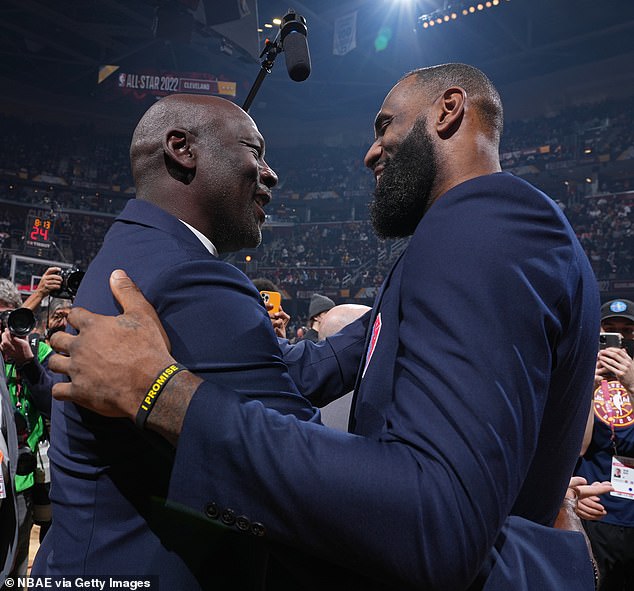 Basketball fans have long argued over the debate for years, with Jordan supporters arguing that their idol’s six NBA rings gives him the edge over James.

However, fans of LeBron point to his ever-improving statistics, with ‘The King’ only 1,000 points away from tying Kareem Abdul-Jabbar as the NBA’s all-time leading scorer.

To Green, though, the distinction is rather clear and he means no disrespect to the man that made him want to play basketball in the first place. 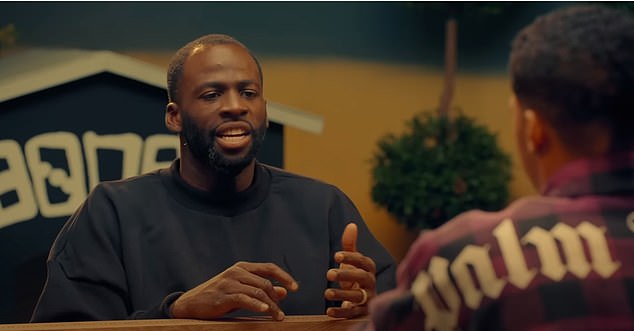 ‘I’m sure one of the old f***s is going to say, ”You’re out of your mind” and is this that and the other,’ he told the Lakers’ Juan Toscano-Anderson and actor Rome Flynn while playing a game of dominos.