Drinkers’ Voice aims to fight back against ‘anti-alcohol’

A new initiative driven by women is aiming to fight back against the ‘anti-alcohol lobby’ who ‘demonise’ booze.

Instead members claim that drinking in moderation can ‘play a positive role in life’.

Official Government advice is that people should not drink more than 14 units of alcohol – equivalent to six pints of beer or glasses of wine – during a week.

However, the pressure group argue that these guidelines are not one size fits all.

She adds: ‘There is no one speaking up for the man and woman on the street. We want to represent people who are saying “I know my limits and I don’t need them to be dictated to me” and I don’t want to feel guilty for having a drink.’

Medical experts warn that just one or two heavy drinking episodes a week could increase the risk of dying from cancer, other long-term illnesses or injuries. 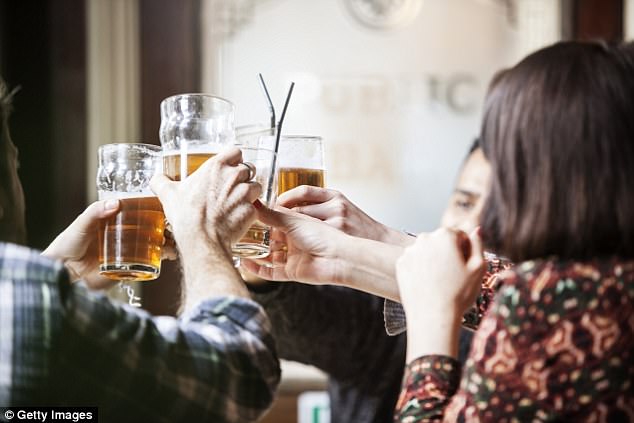 But Camra, the Campaign for Real Ale, who set up Drinkers Voice, claim the official advice is ‘misleading’ and ‘poorly evidenced’.

Director Colin Valentine said in an email to members on Sunday: ‘The current debate about the links between alcohol, health and well-being is dominated by those who believe that alcoholic drinks should be demonised, increased in price and limited in availability.

‘The Government continues to suppress research which shows that moderate drinking is an important part of a healthy lifestyle.

‘More effort should be devoted to those who misuse alcohol, and less on the vast majority of drinkers who are responsible in their drinking habits.’

The Drinkers’ Voice website says: ‘Many of us have had a few too many drinks when we are out celebrating birthdays, weddings and other great occasions. Alcohol plays an important role in marking these celebrations.

‘But we can also have a glass of wine over a long lunch and not feel compelled to abuse alcohol or upset people around us.

‘Moderate drinking is what suits you, as long as your actions aren’t having a negative impact on you or others.’