A serial ‘prankster’ has been scaring Perth drivers by lying down in the middle of the road, forcing unwitting motorists to pull up.

Bizarre dash-cam footage has caught the boy in the act, showing him lying in the middle of the left lane of Spencer Road in Thornlie early on Saturday morning.

The video shows the driver slowing down to avoid running him over as he lies face down on the deserted road just after dawn. 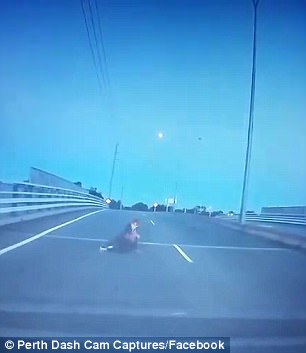 A serial ‘prankster’ has been lying face down on the road in Perth, waiting for drivers to pull up

The boy then eerily rises from the ground, holds out him arms and walks towards the car, prompting the driver to lock the doors and reverses the car away from him.

As the car accelerates again, the boy feigns jumping in front of the windshield causing the occupants of the car to swear at him before speeding away.

The strange encounter was posted on social media, with others reporting having seen the boy do the same thing to other motorists in the area, according to WA Today.

‘Lock your car doors and do not stop – go around [him],’ the driver wrote alongside the video, adding that they called the police once they had driven off.

Canning Vale police have no report of the incident, but a sergeant based at the station urged people to let them know if they encountered similar behaviour from the boy. 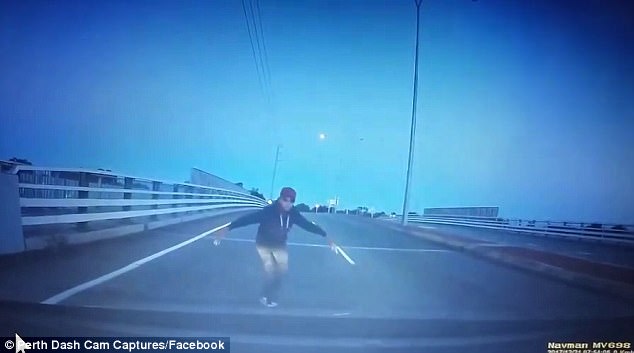