A dangerous driver was jailed after sending a message to a judge saying he ‘couldn’t be a**ed’ to attend court to be sentenced.

Philip Croker, 29, led police on a high-speed chase with his pregnant teenage girlfriend in the passenger seat and was due to be sentenced on Friday.

But instead of being transported from prison to Gloucester Crown Court, career criminal Croker refused – instead sending a message saying he could not be ‘a**ed’.

Recorder Frank Abbott said: ‘Looking at the paperwork I see he says he can’t be a**ed to come. 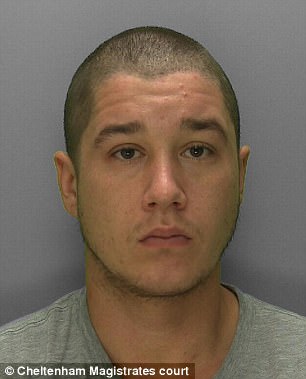 Dangerous driver Philip Croker (pictured right at the time of his arrest), has been jailed after telling a judge he could not be ‘a**ed’ to come to court

‘That tells me he cannot be bothered to attend so I shall deal with him in his absence.’

Croker, of Gloucester, was jailed for nine months and banned from driving for three years.

At an earlier hearing at Cheltenham Magistrates Court, after he was arrested on warrant for failing to attend an earlier hearing, he had admitted dangerous driving in Podsmead, Gloucester, on September 19 this year.

He also admitted having no insurance, no licence and failing to stop for the police.

Prosecutor Greg Gordon said that at the time of the offences Croker was already on bail for other charges.

On September 19 at 5.30pm, police spotted him driving a Ford Mondeo in Gloucester with his pregnant teenage girlfriend in the passenger seat.

Mr Gordon said: ‘He saw the police vehicle and drove off at speed. The police reached 70mph in a 30mph area as they pursued him. 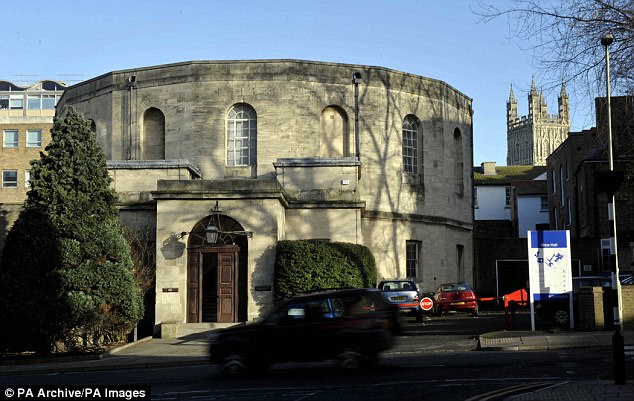 Croker, of Gloucester, was jailed for nine months and banned from driving for three years at Gloucester Crown Court

‘It is an urban area, there was rush hour traffic but he didn’t slow down for junctions and he narrowly missed a motorcyclist. He went through red traffic lights twice and went the wrong way along a one way street at 50mph.

‘The police eventualy turned off their blue lights and stopped the pursuit because they thought it was too dangerous to continue. They were satisfied they had video of the driving and a picture of him at the wheel.’

Mr Gordon said Croker had a ‘massive’ criminal record with 63 past offences on it.

Defence solicitor Jason Coulter said there was little he could put forward on Croker’s behalf as he had never met him and had not been able to take instructions from him because of his refusal to attend court.