A road rage driver who pulled a hazardous ‘brake test’ manoeuvre on a cyclist has been convicted of careless driving after being caught on dashcam.

The cyclist was travelling on Holloway Bank , West Bromwich, on 15 October last year when the Nissan Navarra jammed on its brakes moments after overtaking.

He swerved to avoid the pick-up but it again passed the 54-year-old before slowing and squeezing him up against the kerb.

Police described this as a dangerous manoeuvre ‘designed to intimidate a vulnerable road user.’ 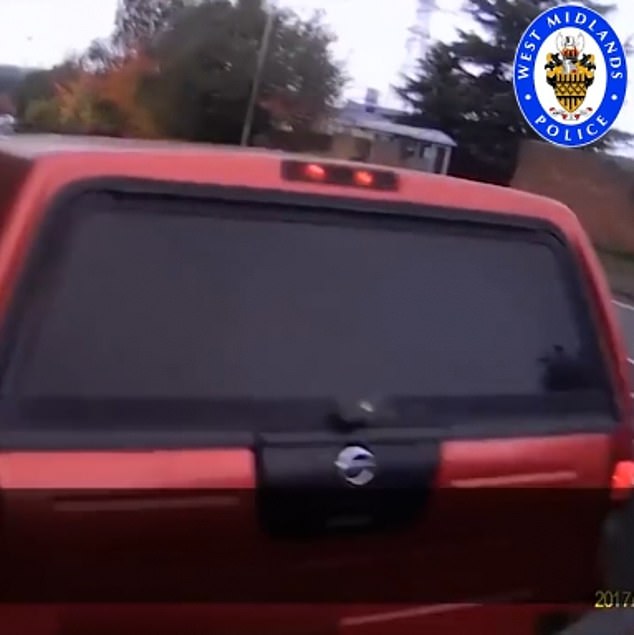 Police released the footage and described the incident as ‘road rage’ but it is not clear what went before the dangerous exchange.

West Midlands Police released with a warning that dodgy drivers now face greater risk of prosecution thanks to video supplied by members of the public.

The offence was caught on the victim’s helmet-cam and passed to West Midlands Police Road Harm Reduction Team which charged the 41-year-old, from Tipton, for driving without due care and attention.

He went on to admit the offence at court and was handed a fine and costs totalling £210 and had three points added to his licence. 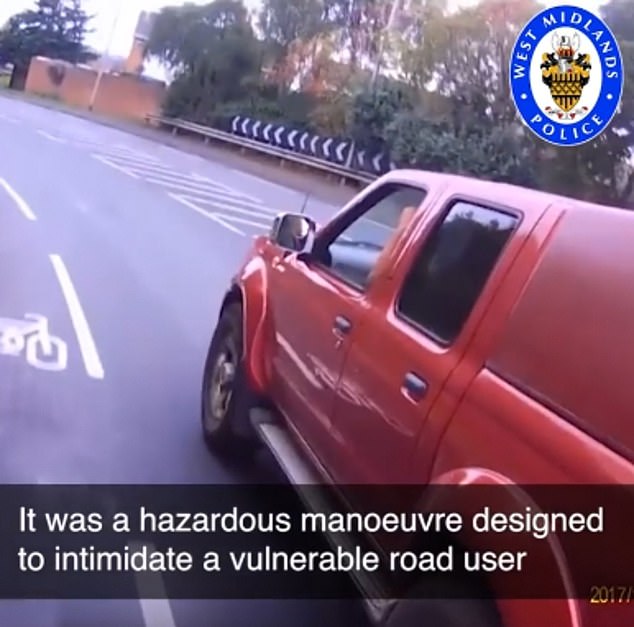 The driver is the latest of more than 1,400 who’ve been prosecuted by West Midlands Police as a result of video evidence provided by members of the public.

He said: ‘We’re receiving up to 80 submissions a month from members of the public into our Traffic Process Office where it is reviewed and a decision made over whether to prosecute.

‘Until now people have been contacting us via email, handing over discs or alerting us to footage on social media. But we’ve now streamlined the process by launching an online portal where details of offences, photos and videos can be uploaded.’