This is the moment a female driver ran over armed thugs who had tried to hijack her vehicle in Brazil.

The woman had been driving through the Lagoa neighbourhood of Rio de Janeiro on the evening of September 3 when a car pulled up ahead of her and three men got out.

Her dashcam captured the moment one thug stands in front of her vehicle, pointing a gun in her direction.

But she quickly accelerates her car and makes her escape while the thugs are seen desperately scrambling to get out of the way and shooting at her.

The woman’s car is seen hitting the side of the vehicle the thugs came out of – as they run out of her car’s path.

She was not injured during the attempted robbery although one of the thugs did fire at her, according to Globo.com.

The woman, who asked not to be named, said: ‘It was an attempted robbery.

‘They were aggressive. In the video, you can see a crack that was where the bullet hit.’ 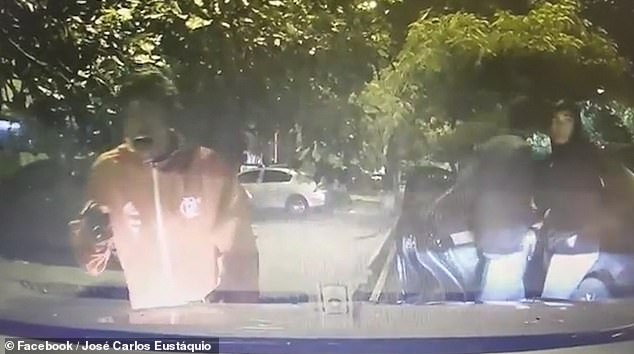 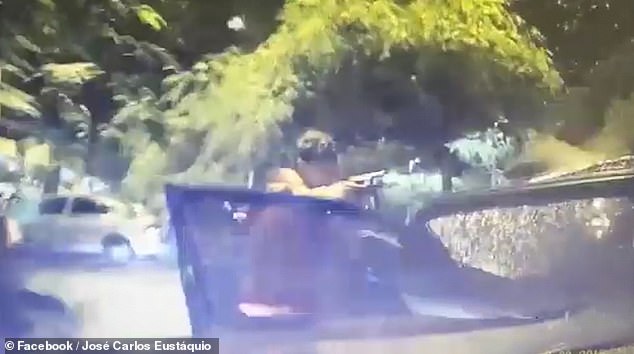 She added: ‘We just go into an automatic mode of survival and fear comes later.’

The following day, she reported the incident to police and handed over her dashcam footage.

She was told that the suspects had been in a stolen car at the time of the incident. 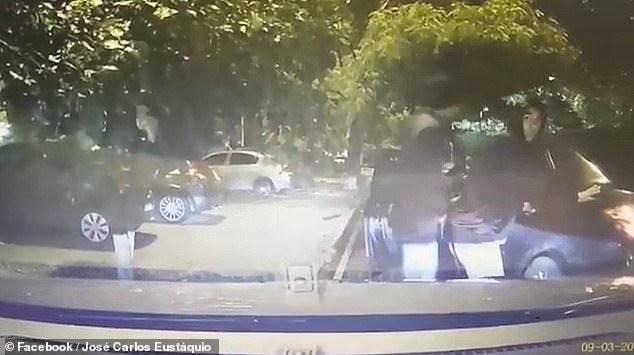