Drivers are fined after being flashed by ‘smart motorway’ cameras

Thousands of motorists are being fined after being flashed on ‘smart motorways’ in England – including those caught out by 50mph speed limits on clear roads.

‘Smart motorways’ are supposed to ease congestion by allowing cars to drive on the hard shoulder at least some of the time, with traffic being monitored via cameras and ‘active’ speed signs.

There are currently more than 20 sections of ‘smart motorway’ on seven different motorways, including on sections of the M25 and the M6.

This led to frustration among some drivers when the anticipated build-up didn’t happen, as they were forced to drive slowly along virtually deserted motorways.

Data obtained by The Times revealed that 72,348 people were fined on motorways with variable speed limits last year. This was almost double the number a year earlier and a tenfold rise in five years. 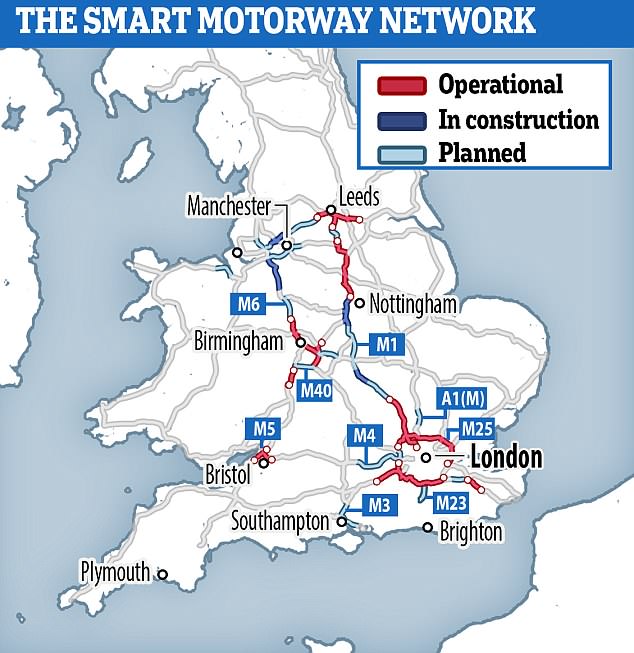 Sections of smart motorway are already in place on major transport routes including the M1, M5, M6 and M25 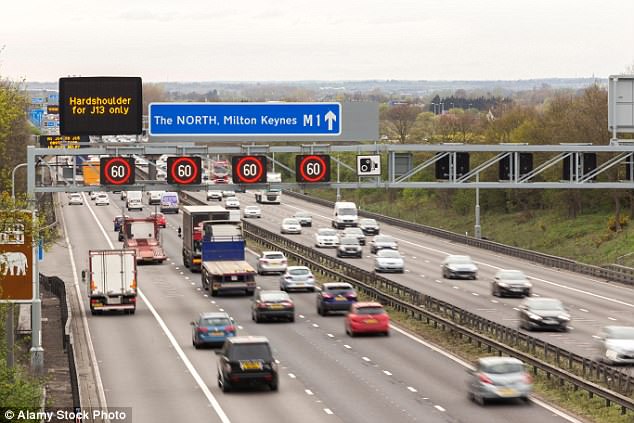 Responding to that, Highways England insisted it had updated training for motorway operators to manually remove ‘inappropriate’ lower speed limits.

It also said more warning was being given to drivers about limit changes.

The AA described the investigation as ‘extremely worrying’ and said thousands of drivers could have been wrongly fined.

A spokesman for Highways England told The Times: ‘We want to ensure that what drivers see also feels relevant to the traffic conditions, so we’ve improved the way we set message signs and signals on smart motorways and have started a comprehensive review of how variable speed limits are set, including the amount of time they are visible to drivers.

‘Our initial analysis of actual traffic flows and changing the algorithms has already reduced the amount of time variable speed limits are on by 200 hours per week across the network.’

Edmund King, president of the AA said: ‘This begs the question of how many thousands of motorists have been caught out when they shouldn’t have been; when they were fined on roads with limits that were artificially set too low.

‘This is an issue we’ve raised with Highways England because we have too many members saying they’re driving down an absolutely open road with 50 or 60mph speed limits on the overhead gantries.’