Millions of Britons have been warned they face Christmas chaos today as more than 20 million vehicles take to the roads for the big festive getaway.

There is expected to be lengthy delays on both the rail network and the country’s busiest motorways on what has been dubbed ‘frantic Friday’.

Drivers have been urged to avoid roads during the evening rush hour, with a traffic expert warning motorists have until lunchtime to avoid severe jams.

The RAC estimates 1.3million drivers will take to the roads today to avoid ‘Frantic Friday’. Pictured: M62 near Swinton yesterday 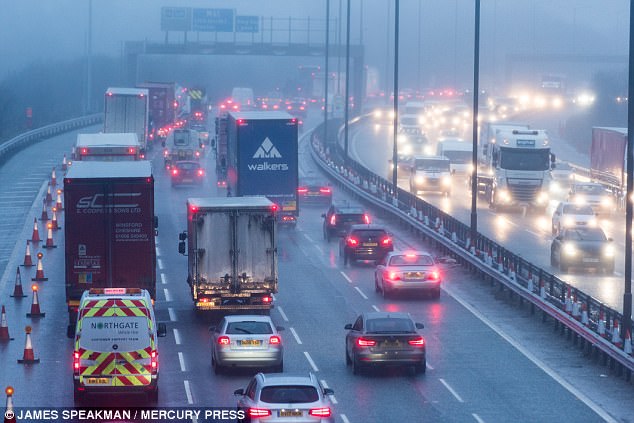 Traffic piles up in murky conditions on the M62 motorway near Swinton, between Leeds and Manchester yesterday morning

An estimated 1.3 million drivers on leisure trips will fight for road space with regular commuters on the last working day before Christmas.

Dr Cookson said it will be one of the worst days of the year on the roads with ‘incredibly severe’ traffic jams.

He told the Press Association: ‘After lunch most of the roads will get busier and stay busy into the evening.

‘What we see is roads in congestion for most of the time, average speeds very slow, people crawling along.

‘The pure weight of traffic means a lot of motorways will be much slower than normal so your total journey takes so much longer.’

Inrix data shows that the worst non-accident traffic blackspot on the Friday before Christmas last year was the A303 at Stonehenge.

There were tailbacks for seven miles when congestion at the notorious bottleneck peaked shortly after 6pm on December 23 2016.

Asked which routes will see the longest queues this year, Dr Cookson replied: ‘Unfortunately any of the major motorways. It’s tricky to avoid.’ 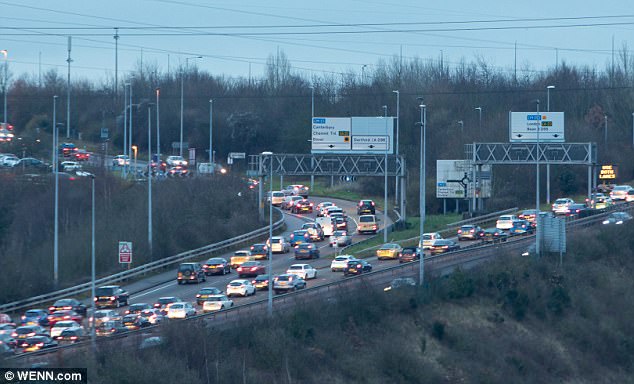 Millions of Britons have been warned they face Christmas chaos today as more than 20 million vehicles take to the roads for the big festive getaway. Pictured are the queues at Bluewater shopping centre in Kent yesterday 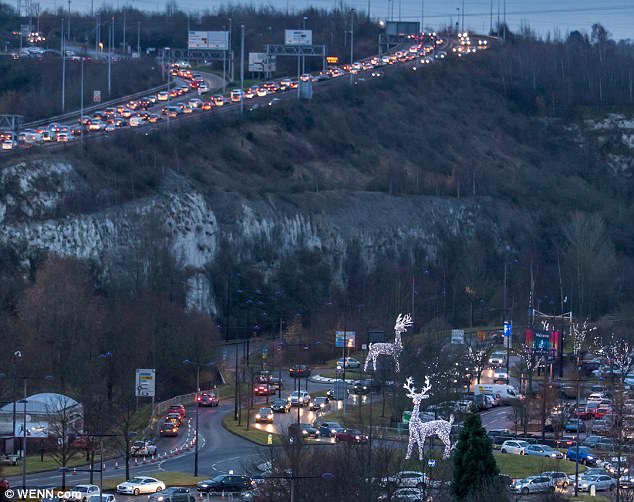 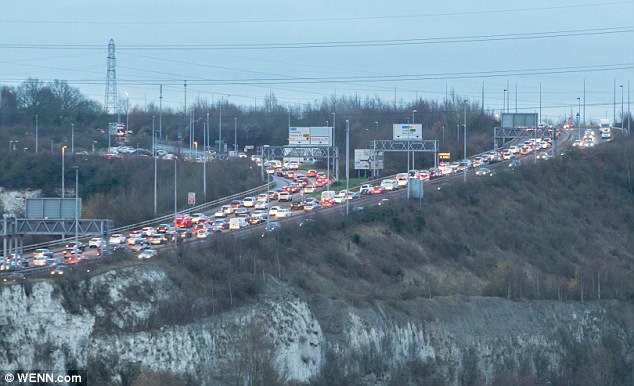 He said the M25 is ‘right at the top of the list’, warning that ‘it doesn’t matter which way you’re going round it’.

The M6 between Merseyside and Staffordshire, M1 and M4 will be ‘incredibly busy as well’, he added.

The RAC is referring to the day as ‘Frantic Friday’ and strongly urged drivers to avoid long journeys ‘if they possibly can’.

It estimates that 11.5 million leisure trips will be made by car between December 17 and Christmas Eve, but this will be eclipsed by the 17.5 million taking place between Christmas Day and New Year’s Day as people take advantage of post-Christmas sales at shops.

Almost 400 miles of roadworks will be lifted by Highways England to ease journeys.

The ‘roadworks embargo’ will be in place on motorways and major A roads from 6am on Friday until January 2.

Some 260 engineering projects on the railway will also disrupt journeys and could force more people to travel on already congested roads.. 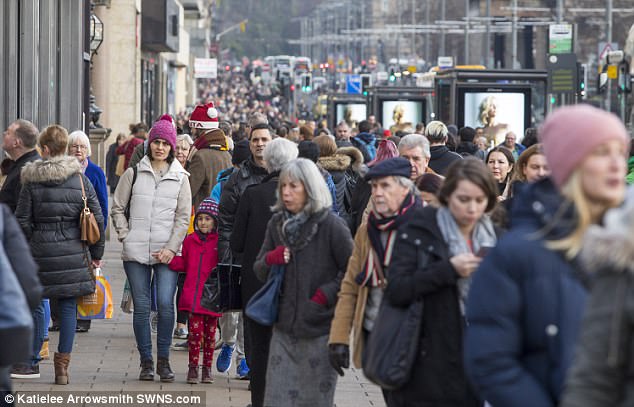 Many of Britain’s mainline routes will be partially shut as Network Rail carries out its biggest ever Christmas investment programme.

Great Western Railway is urging passengers to complete journeys by Saturday ‘at the latest’ as London Paddington will be closed between Christmas Eve and December 27.

The West Coast main line will be halted between Preston and Lancaster from Christmas Eve to December 27, with buses replacing trains.

Passengers travelling between London and Glasgow during this time are advised to go via Edinburgh, adding around an hour to journeys.

Airports, ports and international train stations are exceptionally busy with more than 4.5 million people heading abroad over Christmas and the new year.