Drivers spend 30% more on each fresh car they buy

Drivers spend 30 per cent more on every fresh car they purchase, as they climb the motoring ownership ladder, new research has claimed.

The figures based on a poll of how much people paid for their first, second, third car and so on, included both new and used cars but the low average prices reflect the much larger proportion who buy second hand rather than brand new.

But even by the time they get to their fifth car, they are only spending on average £8,500 – a 29 per cent increase.

Drivers spend 30 per cent more on every new car they purchase, new research has revealed

The insurer said, of those surveyed for the research, 80 per cent of the cars were used, 12 per cent were new, whilst somewhat surprisingly the other 8 per cent of owners couldn’t remember whether it was old or new.

When buying their first car, younger drivers were more likely to have chosen a newer car, with the average first car for the 18 to 34 year old bracket being around 5.6 years old when they bought it.

That compares to 7.9 years old for the next age bracket of drivers and 8 years old for more mature drivers when they got their first cars.

The increased spend on cars reflects the higher earnings of young people, with the average income of an 18 to 21-year-old in the UK some 33 per cent higher or £311 per year greater in 2020, compared to 2010.

This is a sharp increase when compared to the previous decade, where their wages grew by only 17 per cent, or £135 per annum.

The research also found the higher spend shows drivers having greater involvement when buying a second car compared to their first.

Some 39 per cent of drivers are either gifted or inherited their first car, compared to just 17 per cent for second cars.

However, as motorists are more likely to buy their second cars themselves, price does become more of a decision maker with 63 per cent saying price is an important factor, compared to 55 per cent when buying a first car.

The cost of insurance, running costs, the brand and style also play an important part in car purchases. 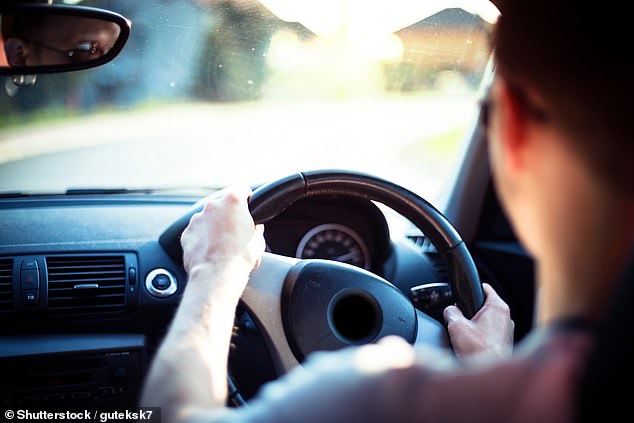 However, 32 per cent of savvy motorists purchased their first car for less than £500, showing that you can still drive and build your road experience on a budget.

How much have you spent on cars in your lifetime?

Lorraine Price, Head of Direct Line Motor Insurance, said: ‘Having a newer car is of clear importance to the younger generation who are not only spending more on their cars but also appear to be changing them more often too.

‘The research suggests the rate of buying new cars slows as you get older, possibly as a result of being able to invest a greater amount of income on newer vehicles.

‘When updating and upgrading your car, it’s important to remember to let your car insurance provider know.

‘This can be as simple as updating your details online and entering your new registration plate. Failing to do this means you won’t be insured on your new car and will invalidate your existing policy.’

Overall, Britons have owned an average of 3.4 cars over their lifetimes, buying them for a total of £14,718.

Young drivers, unsurprisingly, have owned fewer cars at the equivalent of 1.8 than middle-aged or older drivers who owned 3.4 and 4.6, respectively.

However, it is thought they are likely set to spend more over the course of their lives due to the rising cost of cars.