An undercover driving instructor has found that two out of three drivers with a full licence would fail the driving test if they completed it now.

The drivers took part in a 30 minute drive around Porirua under the guise that the program was doing a story on back seat drivers and Ms Hughes was an actor.

But at the end, the participants were told the true nature of the test and delivered their results.

‘Unfortunately, you would not of made it through today,’ Hughes told both women, ‘You actually failed to stop at the stop sign which is an immediate failure error.’

VTNZ found the three key mistakes that would cause most people to fail are incorrect speed, not giving way correctly and failing to stop at stop signs.

More than 30 per cent of people that study for the test fail.

‘The pass-rate on the restricted and full test is 66 per cent’, VTNZ Driver Testing Manager James Law said.

Ms Hughes said she has seen some things during her ten years as a driving tester that no one would want to see on the road. 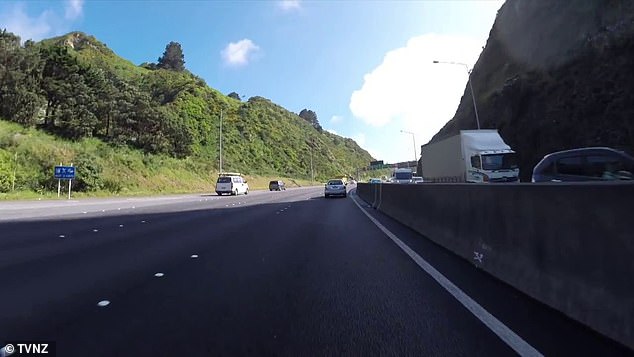 ‘I think what we need to think about here is habits. People get into unsafe habits and those are the things that we are looking for during a driving test so they don’t proceed into your everyday driving life,’ she said.

In 2017, the Western Australian government changed testing protocols to better prepare learner drivers by increasing the minimum number of supervised driving hours from 25 to 50.

Figures from August 2019 show that although the average pass-rate for the practical driving assessment has fallen nine per cent to 43 per cent in ten years, serious crashes involving P-Plate drivers have fallen more than 80 per cent.