A reckless drone operator ‘endangered’ the lives of passengers by flying just 100 feet from a Boeing 787 jet.

The miniature aircraft was said to be beyond ‘practical limits’ when it came close to causing a disaster over London Heathrow Airport.

Fortunately the drone managed to navigate over the B787, while the passenger jet was powerless to adjust its course.

The incident, described as a ‘high risk, was one of 13 other near misses that took place across the country between May and June.

Reports of the misses were published on the UK Airprox Board (UKAB) website, where it was stated that the Boeing 787 passed the drone at 3500ft.

The pilot reported seeing a ‘black drone in the 11 o’clock position, slightly above the aircraft.’

‘The drone passed down the left-handside of the aircraft and there was no time for avoiding action’, the UKAB explained.

‘Only the pilot on the left-handside saw it. Once established in the cruise it was reported to air traffic control.

‘He noted that it was difficult to assess the distance from the aircraft without knowing the size of the drone.

‘He assessed the risk as medium to high, dependent on the size of the drone, if it was small it would have been within 100ft laterally and 200ft vertically, and therefore high risk.

‘If it was large it was assessed as 0.5nm horizontally and medium severity.’

Other concerning incidents investigated by the UKAB took place over Glasgow, Manchester, Gatwick Airport, Aberdeenshire and Whitstable in Kent.

But another of the closest misses came over Heathrow, this time in May. 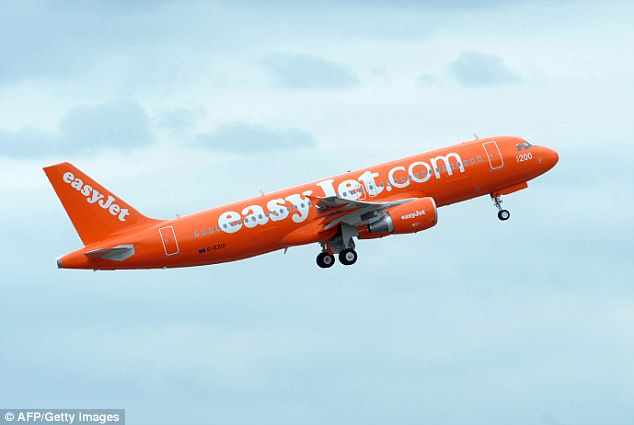 An A320 Airbus passenger jet flew within 100ft of a drone during a climb over the airport.

The UKAB report said the pilot reported a drone nearby on the right side and slightly below, as he flew at 4,500ft.

It said: ‘The drone was being flown beyond practical visual line of sight limits and was endangering other aircraft at that location and altitude.

‘The Board agreed that the incident was therefore best described as the ”drone was flown into conflict with the A320”.

‘The Board considered that the pilot’s estimate of separation portrayed a situation where safety had been much reduced below the norm to the extent that safety had not been assured.’