Drone footage shows moment a kayaker, 23, paddles off a 110-foot waterfall in Canada and SURVIVES

Incredible drone footage shows the heart-stopping moment a kayaker, 23, paddles off a 110-foot waterfall in Canada and SURVIVES

A heart-stopping video shows the moment a kayaker paddled off a 105-foot waterfall in Canada.

German kayaker Adrian Mattern is captured in drone footage paddling toward the Alexandra Falls on the Hay River, in the Northwest Territories in August.

As the white water leads the 23-year-old to the edge, his small blue kayak is seen bracing for the risky plunge. 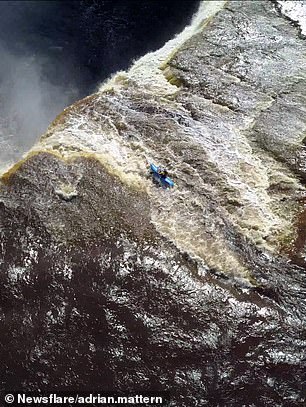 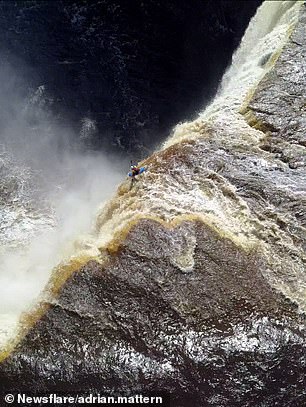 As the white water leads him to edge, Mattern prepares to take the 110ft drop 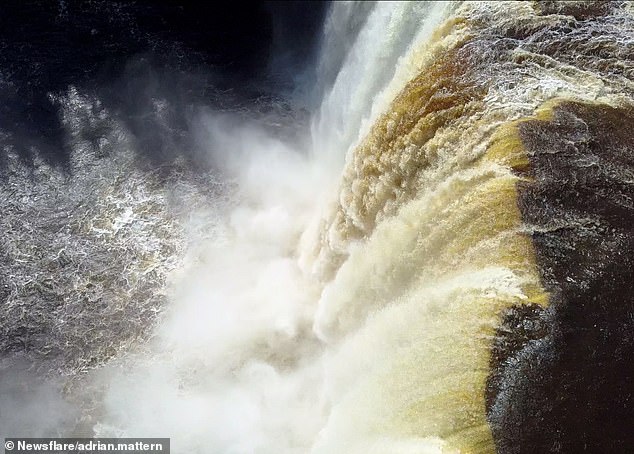 In a matter of moments, Mattern disappears under water, but he emerges unharmed

In a matter of moments, Mattern disappears under water following the drop.

Though its difficult to spot from the drone angle, footage from his helmet shows the daredevil emerging unharmed and excited about his achievement.

Mattern is a professional whitewater kayaker who has won multiple kayaking competitions and been the first to take the plunge from daring heights.

Another kayaker was waiting for him at the bottom of the waterfall and the man is seen paddling over to Mattern followed by the men sharing a high-five. 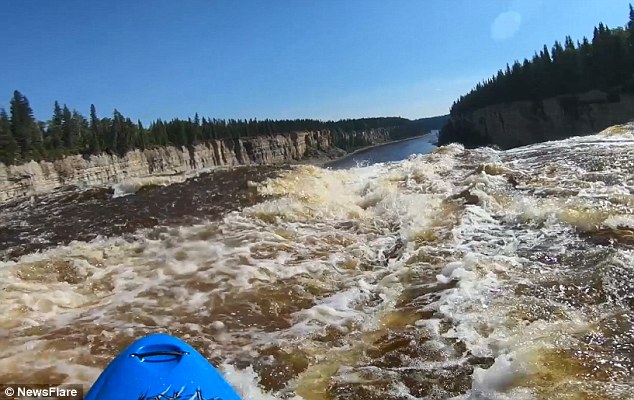 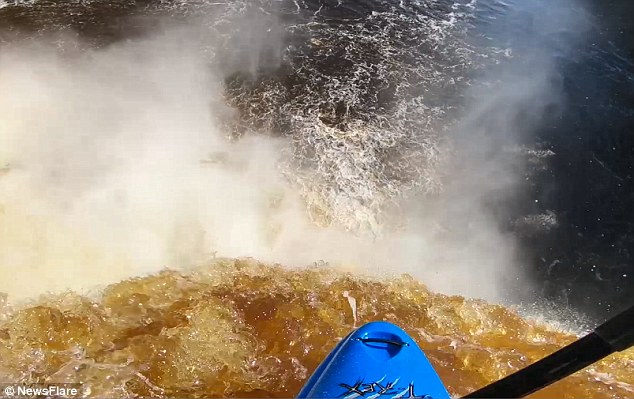 As the white water leads Mattern to the edge, he prepares to take the plunge

Before the men leave, Mattern captures a breath-taking shot of the actual waterfall.

Mattern travels the world competing and has said his favorite spots for kayaking are in Ch White Salmon, USA and Norway.

In July, Mattern was kayaking in India along the Paithalmala river.

He asys his lifetime goal is to ‘push kayaking to its boundaries and expand them.’ 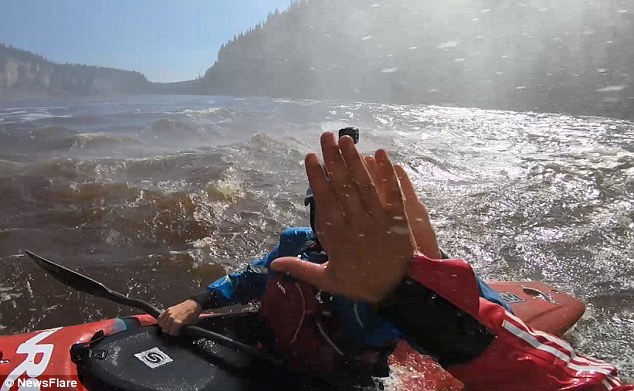 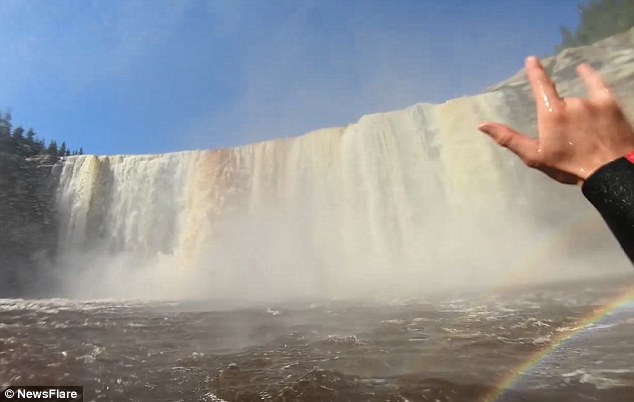 Before the men leave, Mattern captures a breathtaking shot of the actual waterfall (pictured)