Cancer is killing far fewer people in the United States than a generation ago, a new report shows.

This means that about 2.1 million cancer deaths have been avoided.

Cancer death rates are slowing, but cases of cancer continue to increase. According to the new report from the American Association for Cancer Research (AACH), the number of people with cancer will increase from 1.7 million this year to 2.3 million by 2030.

By 2014, 25 percent fewer adults were dying from cancer than in 1991, as shown in the top graph. In the same time period, the number of children dying from cancer decreased by 35 percent, as shown by the bottom graph, according to a new report from the American Association for Cancer Research (Source: AACR)

The report highlights encouraging developments, but still projects that more than 600,00 people in the US will die from cancer this year alone.

‘Despite the significant progress made against the many diseases we call cancer, there is a vital need for continued research innovation,’ the report said.

Survival rates for some of the deadliest forms of cancer, like pancreatic, liver, and the form of brain cancer that Senator John McCain was diagnosed with in July of this year, have not improved in recent years.

Some demographics have far worse survival rates than others.

‘Cancer can strike anyone — no age, gender, race, ethnicity, socioeconomic status, or political affiliation makes you immune to this devastating disease,’ the report says.

But its data show that some groups, particularly underrepresented minorities, are more likely to develop and die from cancers than others.

Black men are more than twice as likely to die from prostate cancer than men of any other race or ethnicity. Hispanic children are 24 percent more likely to develop leukemia than other children.

Cancer death rates in the US are falling among men women and children, according to a new comprehensive progress report from the American Association for Cancer Research 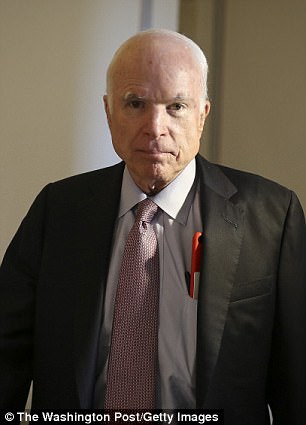 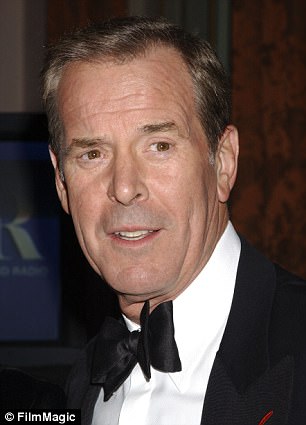 Senator John McCain (left) was diagnosed with a glioblastoma, a rare and aggressive form of brain cancer, in July 2017. Survival rates for people with glioblastomas have not improved significantly, the report says. Journalist Peter Jennings (right) was a smoker, and died of lung cancer in 2005. This report shows that Americans were smoking 40 percent less as of 2014

In the last year, the Food and Drug Administration (FDA) has approved four new anticancer therapies. Among these are ‘checkpoint inhibitors’ which are greatly improving both survival rates and quality of life, and molecularly targeted agents that attack cancer more precisely than older therapies.

Dr George Demetri, chair of the AACR Science Policy and Government Affairs Committee, says that these advancements are due in large part to the contributions and efforts of policy makers, tax-payers and philanthropists.

He says that ‘our whole organization feels the urgency’ to continue to collect and disseminate data like this report, so that funding for cancer research continues to be a priority in the US.

Lung cancer kills more people in the US than any other form of cancer. Its leading cause, cigarette smoking, is down nearly 40 percent.

Between 2008 and 2012, more than 38,000 cancers related to human papillomavirus (HPV) were diagnosed. Vaccination against HPV could effectively ‘wipe cervical cancer off the face of the planet,’ says Dr Demetri.

The biggest challenge to cancer prevention and treatment around the world is funding. The report estimates that the cost of cancer-related medical care were around $87.6 billion in 2015 alone.

The report asks Congress to continue to help fight cancer by increasing the budget for the FDA by $80 million in 2018, bringing the total allocation to $36.2 billion.

Dr Demetri is hopeful that this can be accomplished and says that we’re already beginning to see a ‘turn around’ in cuts to budgets for medical research.