Drought-stricken graziers are left devastated after 1,100 herd of cattle is seized by the RSPCA

Drought-stricken farmers are left devastated after the RSPCA seizes 1,100 cows – and say the animals were well-fed and cared for

Drought-stricken farmers have been left devastated after 1,100 cows were seized by the RSPCA amid allegations of animal cruelty.

Graziers from five properties in the central western New South Wales town of Binnaway had their cattle seized on Monday.

The farmers have been dealing with drought for three years and described the seizure as a ‘travesty’.

Farmers, RSPCA officials and police gather at a Binnaway farm as the cattle is seized

John Williams told 9 News the RSPCA showed up on his doorstep unannounced to take his cattle – a week after he bought more than $50,000 worth of hay.

‘And they wonder why farmers take their own lives, with stress like this… it’s just unbelievable,’ he said.

The cows were loaded on to trucks and taken to livestock markets.

‘They’re going to take all our stock. They’re taking them to Dubbo sale yards for now. Whatever they think is not truckable, they’re going to shoot,’ said one farmer. 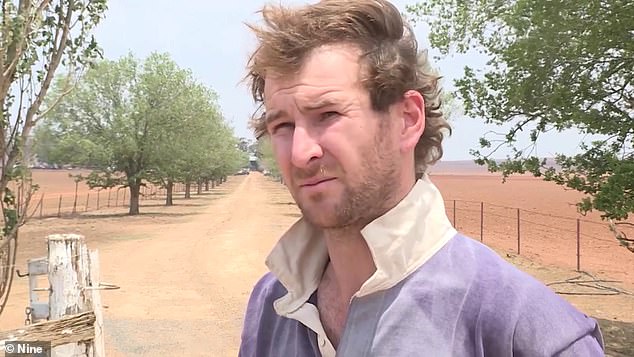 One farmer said authorities took the cows to market

But he also explained it’s not the first time authorities knocked on the door.

He said officials noted improvements in the livestock last time they visited, but still said they weren’t getting enough food.

‘Don’t the cattle speak for themselves?’ he asked, arguing the animals were well-fed and cared for. 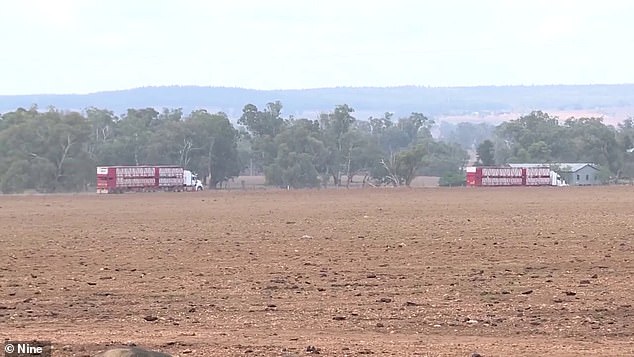 The RSPCA told the said it had no choice.

‘The owner did not comply with further instructions issued for the feeding and management of the animals. The panel found in excess of 200 cattle carcasses in varying stages of decomposition, and cattle in distress,’ it said.

Farmers will be forced to get an injunction to reclaim their cows.