Not so tough any more! ‘Drug dealer’ is dragged out of his home in his undies and made to sit on the pavement as he’s arrested

A tattooed man was arrested in his undies after being dragged out of his home by cops busting a drugs ring.

On Friday, officers from the New England Police District took out dawn raids in Coffs Harbour and Armidale.

They arrested 14 people on Friday morning before taking an additional five into custody in the afternoon.

Among items seized by police there were large amounts of cash, quantities of ecstasy (MDMA), amphetamines (MDA), cocaine, cannabis, steroids, potential cutting tools and prohibited weapons such as knuckledusters.

Several drug dealers in Armidale are believed to have continuously travelled 200 kilometres to Coffs Harbour where they would allegedly purchase the drugs. 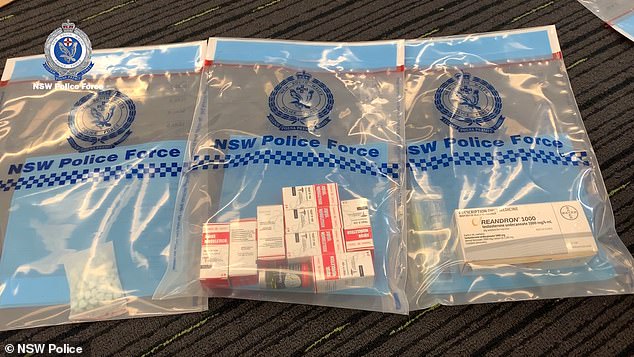 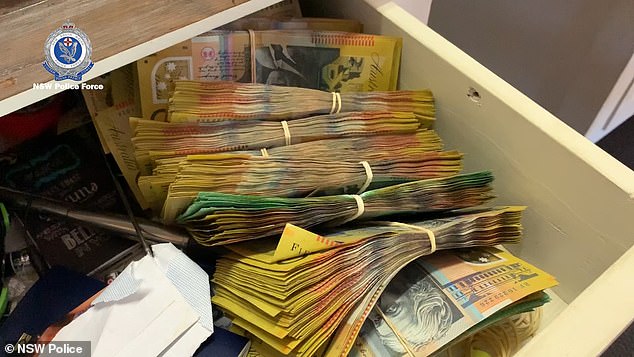 They would then allegedly supply the illicit substances from two homes in Toormina.

Police arrested a total of 19 people after the 16 month investigation. 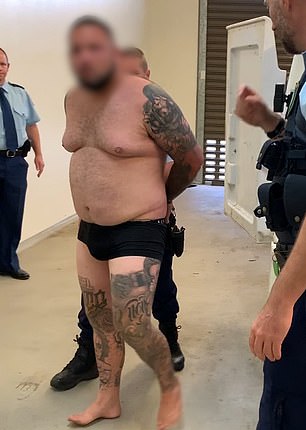 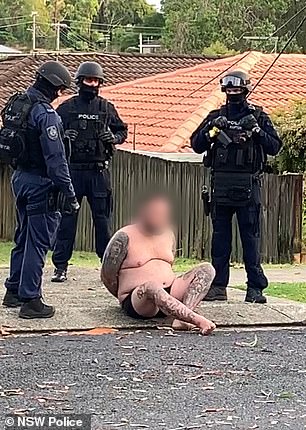 After searching homes and seizing large amounts of money and drugs, one of the men (pictured) was walked out in just his underwear and forced to sit on the sidewalk 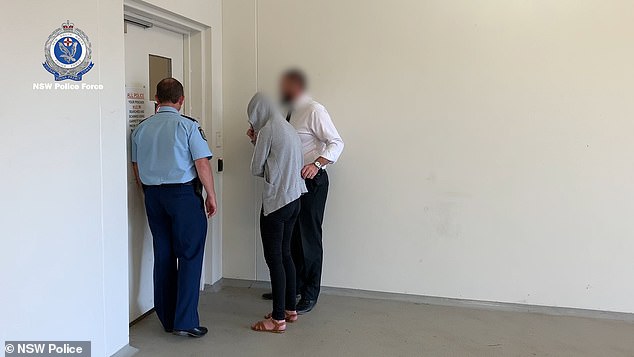 As police continue to dismantle the alleged major syndicate, 19 people have been arrested after the 16 month investigation

Police District Commander of the Coffs/Clarence area Detective Superintendent Steve Clarke praised investigators for their work throughout the 16 months.

‘These officers have put in a lot of effort to catch the alleged drug dealers and put them out of business,’ Det. Supt Clarke said. 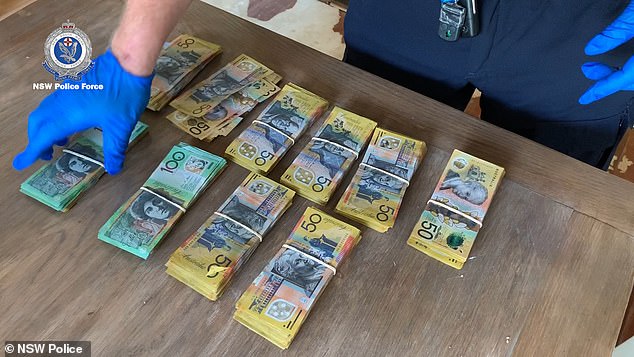 Dawn raids were conducted on Friday morning, where authorities arrested 14 people before taking an additional five into custody on Friday afternoon 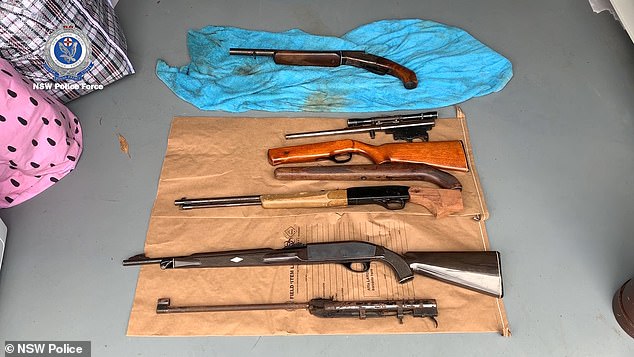 ‘This joint police operation has dealt a body blow to the illegal drug trade in the Coffs Harbour and New England areas and we intend to maintain the pressure on those intent on harming our communities,’ Supt Tanner said.

A 19-year-old Toormina man was arrested for unlicensed driving after failing a positive roadside drug test.

A 21-year-old man from Armidale was also charged with five counts of aggravated sexual assault on a minor in addition to multiple drug charges. 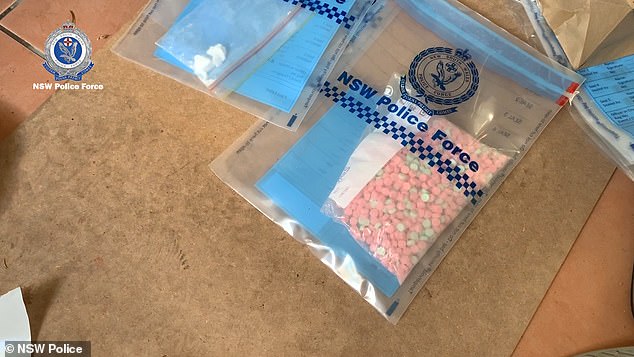 Among items seized by police there were large amounts of cash, quantities of ecstasy (MDMA), amphetamines (MDA), cocaine, cannabis, steroids, potential cutting tools and prohibited weapons such as knuckledusters 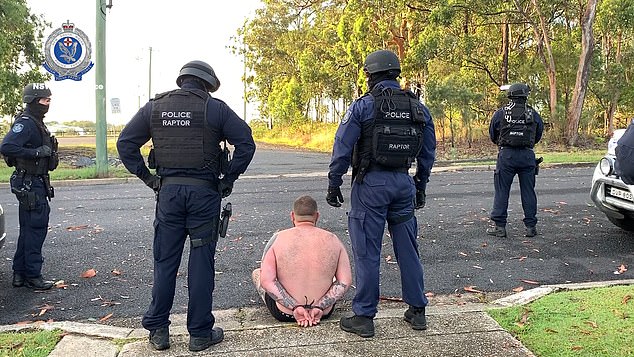