This is the humiliating moment two British tourists were arrested and forced to sign grovelling apology letters after walking into an embassy and later passing out drunk in a police station.

James Donaghue, 40, and Josh Little, 27, were ‘disturbing the peace’ in Phnom Penh, Cambodia, at 5am on Wednesday.

They were arrested after the older man, Mr Donaghue, stumbled into the Turkish Embassy while Josh waited outside.

Officers arrested the pair and they were pictured passed out on the tiled floor of a police interview room.

James Donaghue, 40, lies on a tiled floor in a police interview room in Phnom Penh, Cambodia, after getting drunk and stumbling into the Turkish Embassy 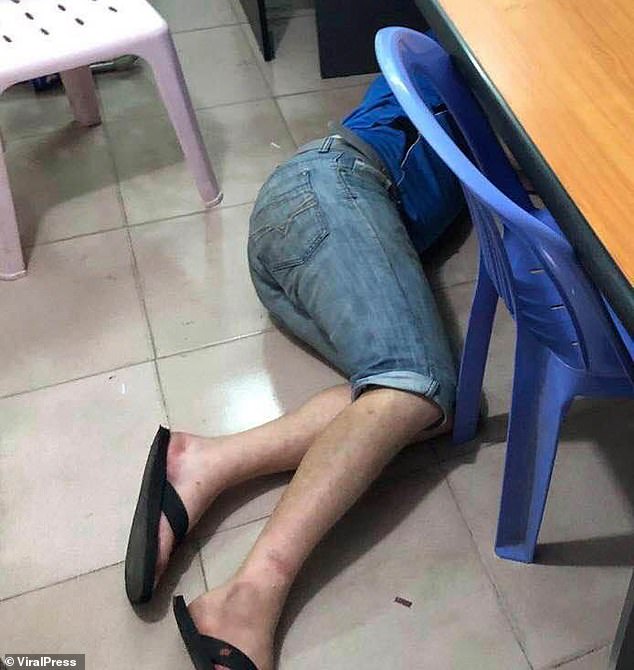 Josh Little, 27, rests under a table in the room. The men were arrested after ‘disturbing the peace’ 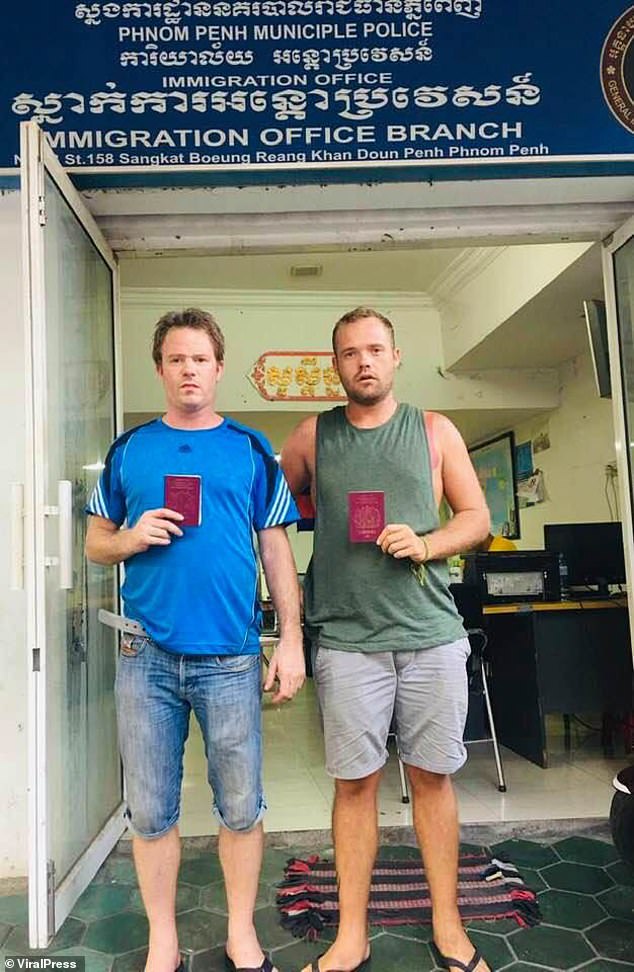 Police made the men sign with their thumb prints two bizarre ‘promise’ letters in which they agreed to be on their best behaviour while in the country.

Mr Donaghue, a freelance SEO consultant, and Mr Little, a roofer, both from the south east of England, promised to be ‘good tourists’ in the future or face the country’s legal system.

They wrote: ‘I will not make any trouble or cause any problems in Cambodia. I will obey the Cambodian law. 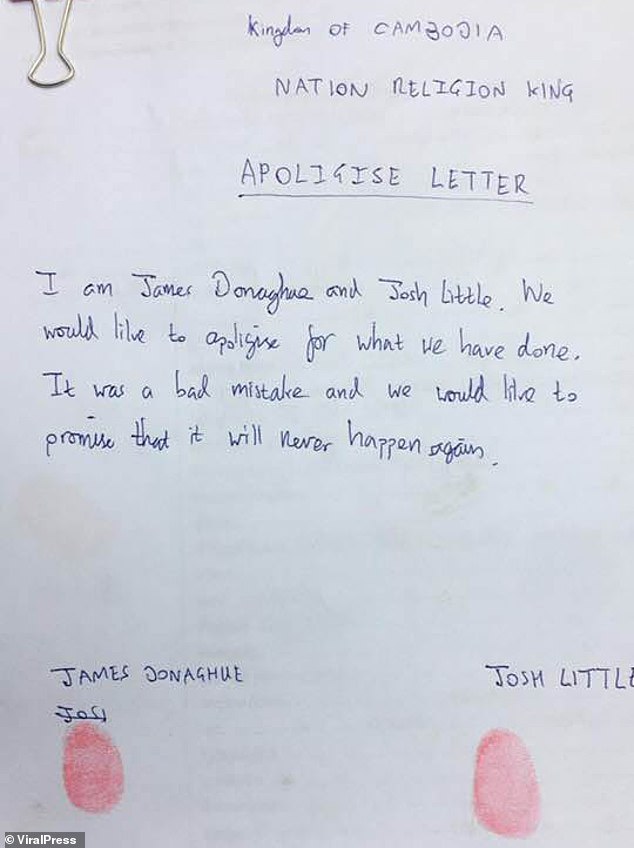 Mr Donaghue and Mr Little were made to write a strange apology letter to Cambodia, saying they would not make trouble in the country again 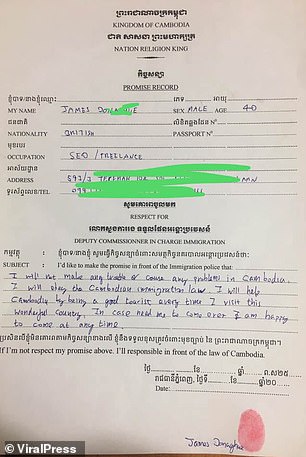 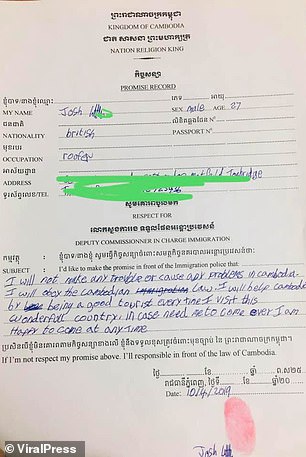 ‘I will help Cambodia by being a good tourist every time I visit this wonderful country. In case you need me to come over I am happy to come at any time.’

In a joint letter they both added: ‘I am James Donaghue and Josh Little. We would like to apologise for what we have done.

‘It was a bad mistake and would like to promise that it will never happen again.’ 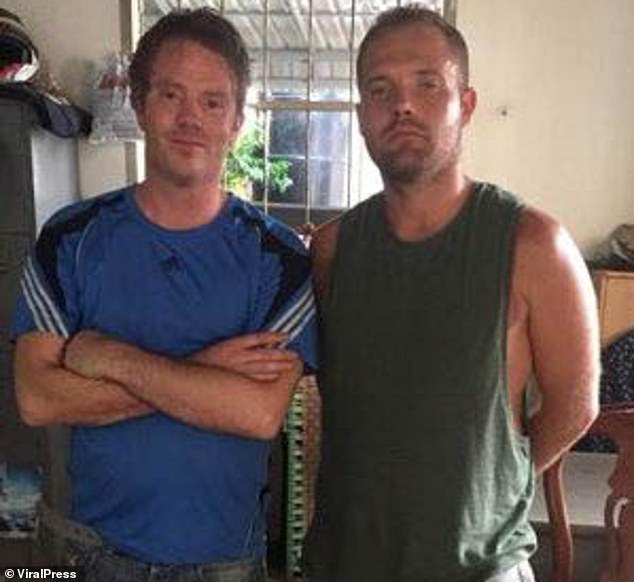 Following the police ‘promise record’ letters – which state that they’ll be hauled back before the law if the promises are broken – officers released the men without charge.

‘Forty-year-old James Donaghue, a British man, then jumped inside the Embassy while his friend, 27-year-old Briton Josh Little stood outside.

‘At the time the two men were not coherent and could not explain themselves.

‘The Embassy staff were shocked and detained the men and immediately gave them to the local police.’