A driver was clocked going up to 143mph as he led police in Georgia on a high speed car chase.

The entire chase, which happened just before 2am on Saturday morning, was caught on the dash cam of an Alpharetta police officer.

The officer was already out on the highway on patrol when he noticed the Mercedes speeding towards him in his rear view mirror. Seconds later the car sped past him at a terrifyingly quick speed.

The car chase began when the Alpharetta officer flashed at the vehicle to stop early on Saturday when he tried to pull over the driver of a white Mercedes 300 around 1:55 a.m. 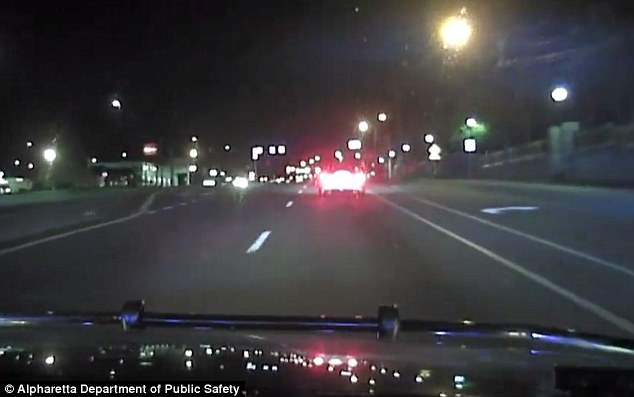 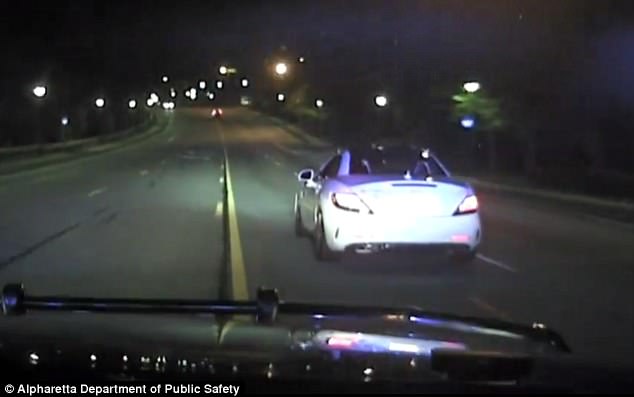 The video, which is roughly 20 minutes long, shows the officer traveling on a highway when the Mercedes passed the patrol vehicle at a ‘high rate of speed’ 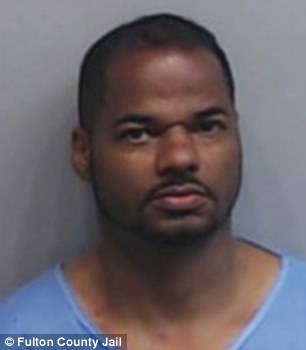 The officer clocked the vehicle at 100mph using his radar but that was just the beginning.

The car, a white Mercedes 300, swerved around the officer and began to slow to 65mph.

The police officer flashed his lights in an attempt to have the driver pull over to the side of the road but instead the man, identified as John Bolling, 49, decided to hit the gas pedal.

He pushed his car to the limit which saw him accelerate to speeds in excess of 140mph.

The chase then turned dangerous as it moved off the freeway and continued onto the surrounding residential roads.

Luckily there were very few other drivers out and about that late and those who were on the roads managed to get out of the way in time as the chase continued. 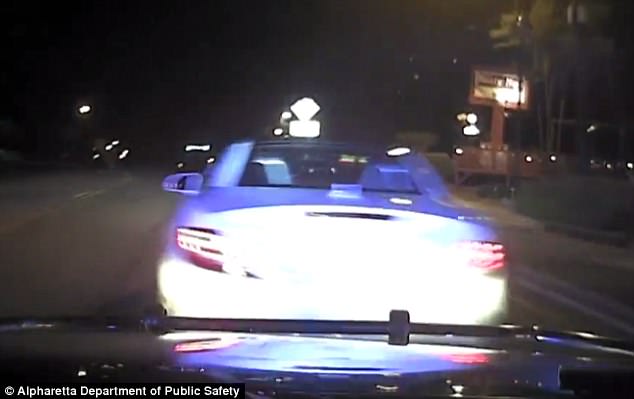 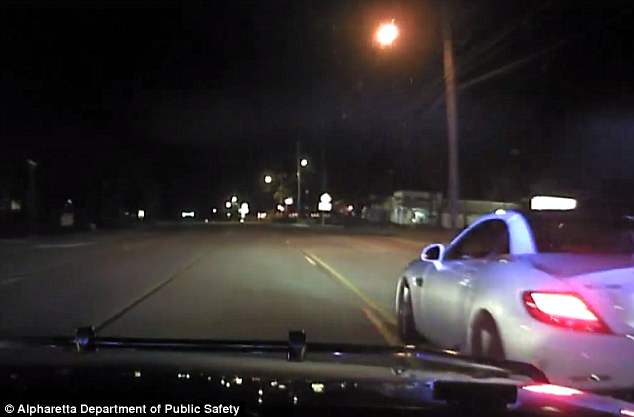 At one point, the suspect made a U-turn in an attempt to outrun the police 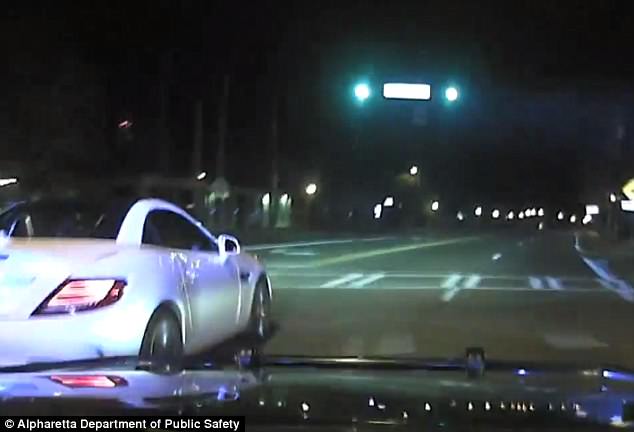 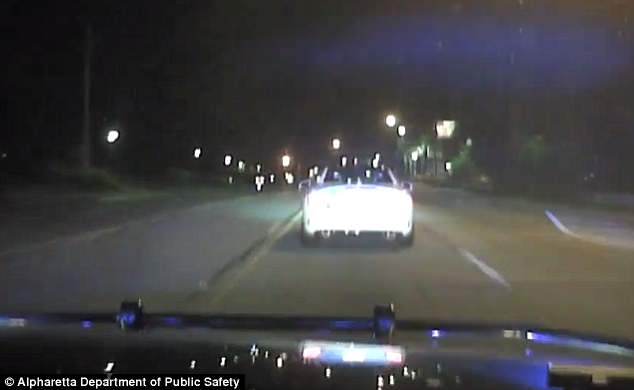 Luckily, many of the roads on which the chase occurred were quiet 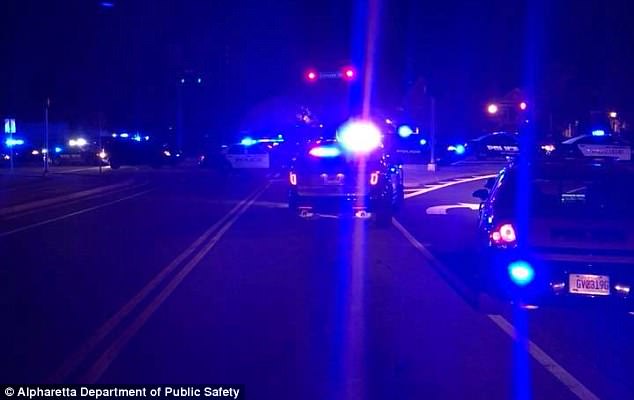 Stop Sticks spikes were deployed across the road at a number of locations with the aim of puncturing the driver’s tires at multiple locations, but the driver of car managed to swerve around them. 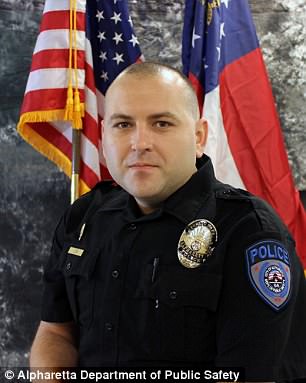 Officer Dustin Bak, a 10-year veteran of the Alpharetta Department of Public Safety, was also injured and treated at an area hospital

At one point the speeding driver even performed a U-turn in an attempt to lose the cops.

When officers tried to cut the vehicle off, the suspect also managed to speed away and perform more evasive maneuvers.

The chase ended after the driver finally pulled over and the pursuing officer struck the offender’s vehicle in the rear.

The suspect, John Bollin, was taken into custody without further incident and was transported to North Fulton Regional Hospital for medical treatment before he was taken to jail.

He was charged with DUI among other offenses that include charges of felony fleeing and eluding, speeding (143 in a 65 mph zone), DUI less safe, reckless driving, failure to maintain lane, failure to signal/changing lanes, driving on the wrong side of the road, failure to obey traffic control devices and driving while unlicensed.

‘That could have been some of his motive for running, and also because he was intoxicated and just didn’t want to get caught,’ said Officer Howard Miller with the Alpharetta Police Department.

The police officer, Dustin Bak, a 10-year veteran of the Alpharetta Department of Public Safety, was also taken to the hospital for injuries sustained in the crash where he was treated and released. 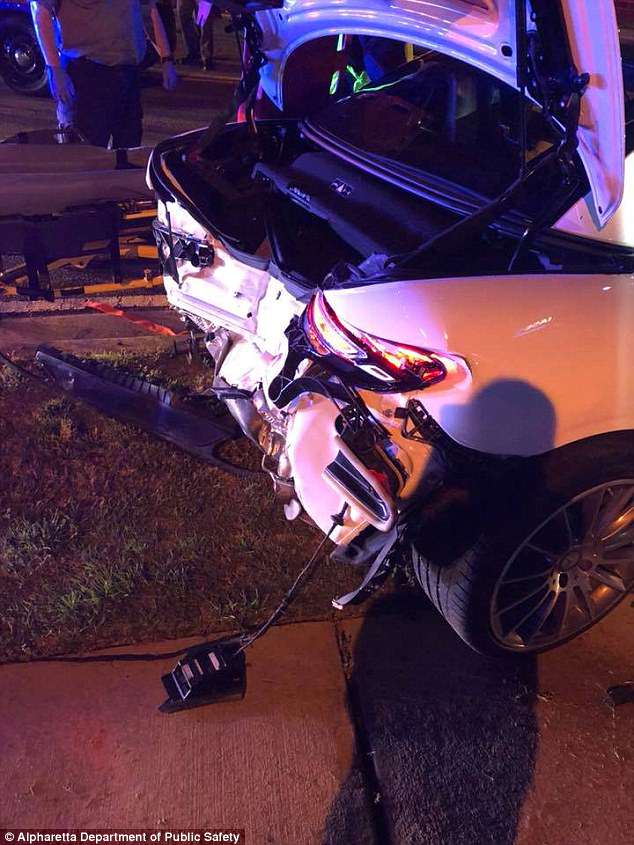 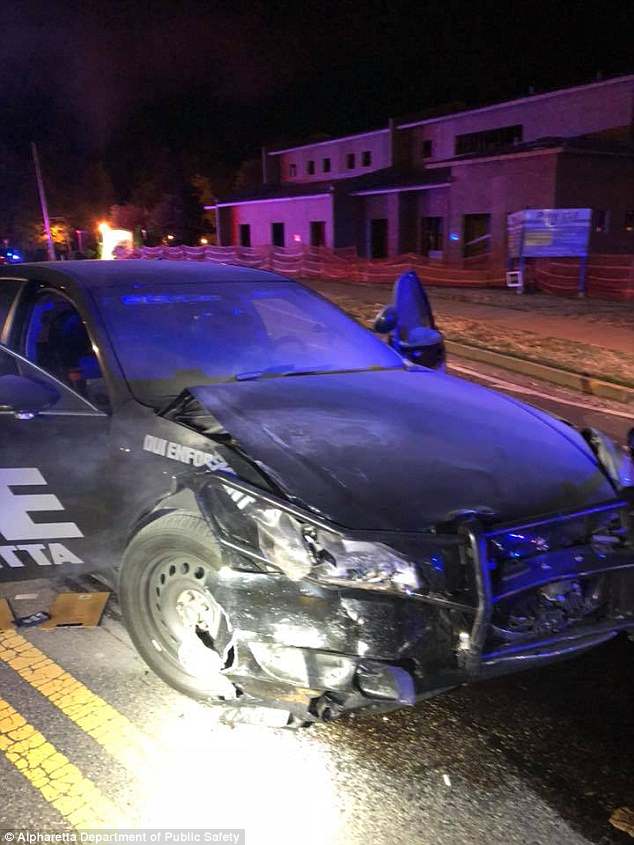 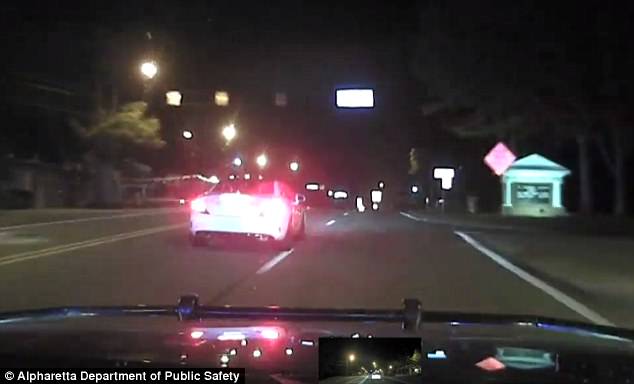 The suspect has been identified as John Bolling, 49. He was taken into custody and charged with DUI and other offenses, police said 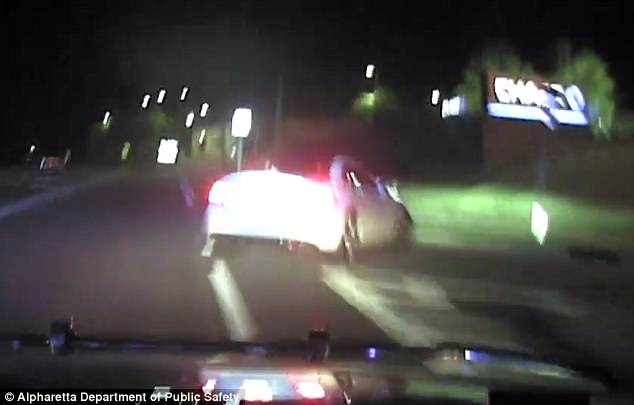 The chase ended when Alpharetta Department of Public Safety officer Dustin Bak struck Bolling’s Mercedes in the rear with his patrol vehicle. Both were taken to the hospital