A drunk Maserati driver has been jailed for more than three years after he smashed into a house, critically injuring two police officers.

Mohammed Shaikh, 48, lost control of his supercar, mounted the pavement and crashed into the side of a house on the North Circular in north-west London.

Shaikh had drunk at least four glasses of wine at a party in Windsor when he got behind the wheel to drive home with his wife in the passenger seat.

PC Christopher Appleton, 35, and PC Samantha Clark, 36, who were both on foot, suffered horrendous injuries in the incident and were in hospital for weeks.

Both officers sat in wheelchairs in court for the sentencing, surrounded by their families, friends and colleagues.

Shaikh, also known as Mohammed Shisq, stood in the dock with his head bowed as he was jailed for three years and four months at Harrow Crown Court.

He had completed a driving ban and awareness course four months before the crash for a previous drink-driving offence.

Judge Rosa Dean told him he had ‘clearly learned nothing’ when he got behind the wheel after at least four glasses of wine on December 17 last year.

‘You failed to steer for the gentle right-hand bend, which would be consistent with you having had a late night and too much to drink,’ she said.

She continued: ‘The consequences to the officers of your actions that night cannot be overestimated and no sentence passed today can wind back the clock.’ 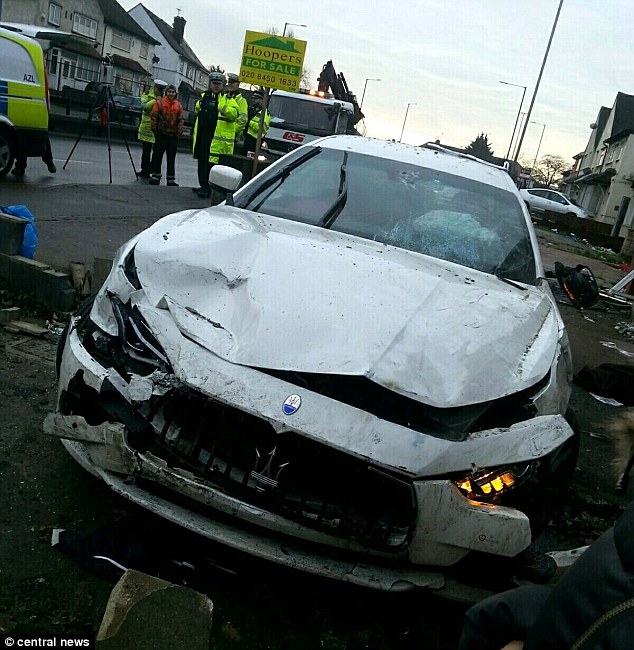 Shaikh, 48, lost control of his supercar, mounted the pavement and crashed into the side of a house on the North Circular in north-west London, writing off the vehicle (pictured) 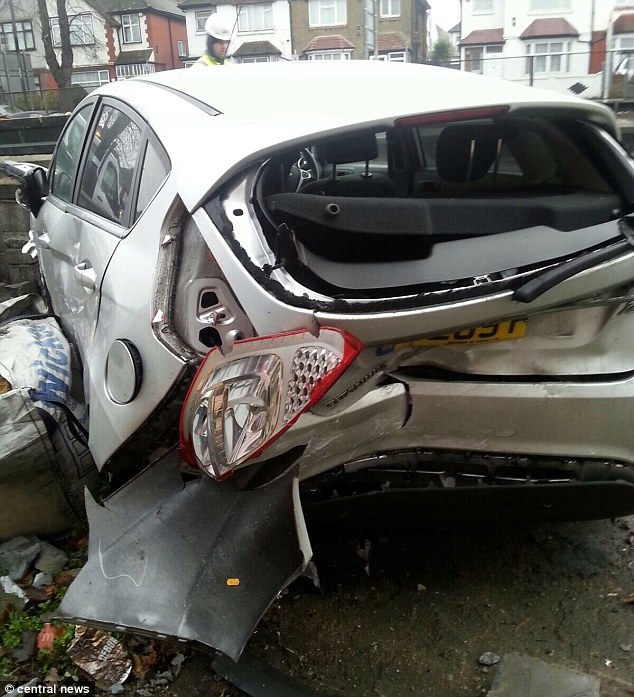 Mr Appleton suffered multiple broken bones in the crash, leaving him unable to care for his pregnant wife and two children, while Ms Clark may never walk unaided again, a court heard

Shaikh was also banned from driving for six-and-a-half years and ordered to pay £1,300 compensation to the resident of the damaged house.

The officers were returning to their own parked vehicle on the A406 near Brent Park in Neasden at around 3.30am when Shaikh came round a bend and lost control of his car.

PC Appleton was left unconscious on the ground while PC Clark was trapped between the vehicle and the house.

They were both rushed to St Mary’s Hospital and received weeks of treatment.

PC Appleton, a married father of two, suffered internal bleeding and had to have part of his pancreas removed.

He also suffered fractures to both legs, his pelvis, shoulder and ribs, leaving him unable to help care for his two young sons and pregnant wife. 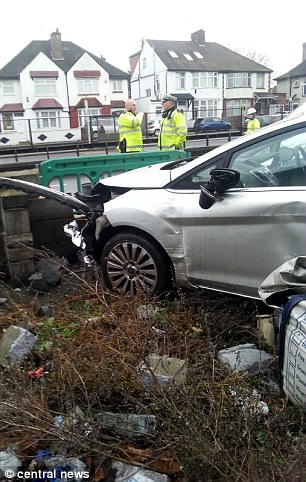 PC Clark suffered a shattered pelvis, fractures in both legs and a cut to her lip which required stitches.

She has had to move back in with her parents while she undergoes rehabilitation and may never walk unaided again.

Shaikh appeared intoxicated when officers spoke to him at the scene, refused to do a breathalyser test and gave a fake name and address to police.

He later said he had drunk four glasses of wine and blacked out at the wheel.

He has previous convictions for drink-driving, perverting the course of justice, fraud and forging a car insurance document.

Andrew Frynann, defending, said Shaikh feels ‘genuine remorse and guilt’ for what happened and described him as an ‘attentive and hands on father’ to two daughters.

Drunk Maserati driver who seriously injured two police officers when his vehicle smashed into a house is jailed for more than three years.

The court heard Shaikh has previous offences, under his real name and his alias, including attempting to pervert the course of justice and conspiracy to defraud for which was jailed for one year.

He underwent a drink drive awareness course to reduce his ban to nine months, and back on the road by September 2017.

The court heard the Maserati he was driving in December last year was insured, but was in fact invalid as he lied to his insurance company about his previous convictions.

In sentencing Judge Rosa Dean said: ‘The consequence to the officers of your actions that night cannot be over estimated and no sentence passed today can wind back the clock.

‘As PC Appleton said in his statement your sentence will end long before his.’ 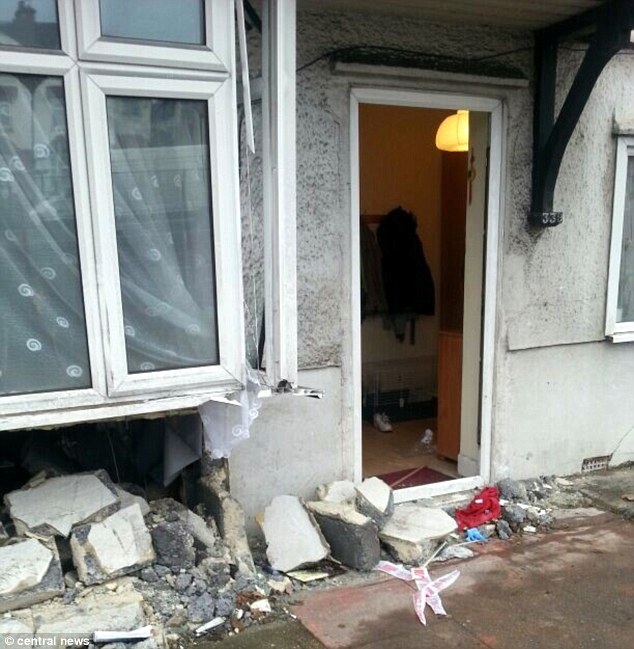 Shaikh was banned from driving for six-and-a-half years and ordered to pay £1,300 compensation to the resident of the damaged house (shown)