A New York woman has been charged with the Friday murder of a 70-year-old Army Veteran she labelled ‘racist’ before allegedly stabbing him to death in a Bronx grocery store.

Surveillance footage from inside the shop shows a woman who appears to be Madelyn Tamerez, 31, launching herself at victim who was buying coffee around 12.20pm and shoppers pulling her off the man who lived nearby at the New Era Veterans Home.

The suspect – who witnesses said was known to carry a kitchen knife and appeared intoxicated at the time – left the supermarket but then returned 15 minutes later with a weapon and stabbed him in the torso three of four times before fleeing.

Madelyn Tamerez, 31, was charged with murder, manslaughter and criminal possession of a weapon in the Friday killing of a 70-year-old Army veteran 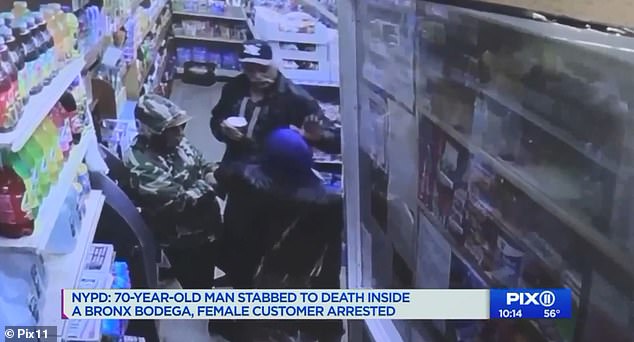 Surveillance footage from a New York grocery store shows the suspect attacking the unidentified man, leaving for 15 minutes and returning to stab him with knife

‘He was a good guy. I know him long time. He would come to the store every day and relax, drink coffee, talk,’ Sam Aden, whose father owns the store, told Pix 11.

A weapon with a blue handle was pictured in the street following the incident that began with a verbal dispute.

Store co-owner Abdo Kaid, 29, described blood all over the bodega and on the pavement outside.

Calling her a ‘problem to everybody,’ Kaid said she got into an argument with the victim – whose name was not released – inside the store on Westchester Ave. near Commonwealth Ave. in Parkchester.

‘He was in the store buying coffee. He comes in a lot,’ Kaid told the New York Daily News about the customer of 17 years. ‘She comes in and says ‘You racist. You blah blah blah. So he spits… twice in her face. But I yell at her, ‘Get out of the store. Leave. Buy something or leave.’ 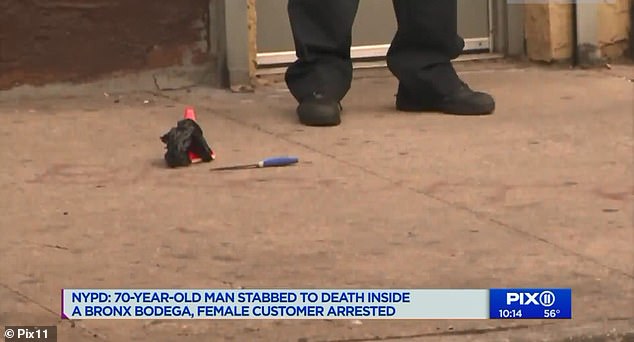 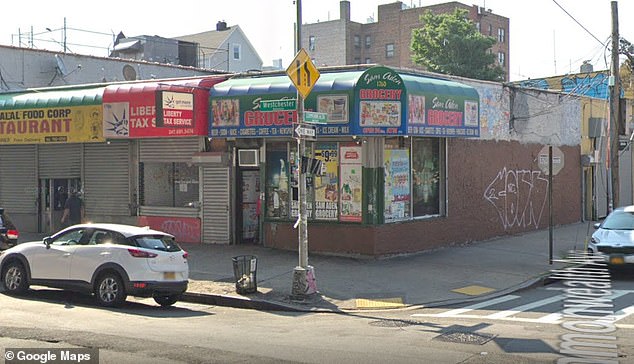 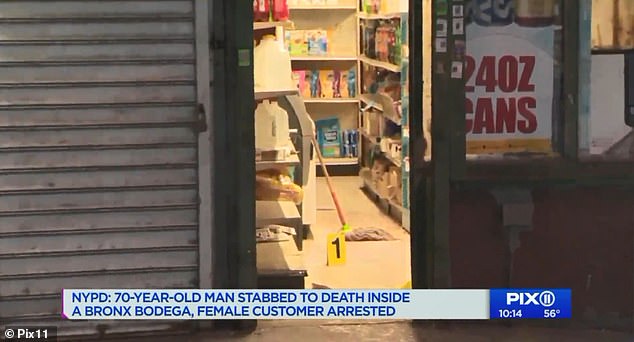 Surveillance footage shows the suspect walking backwards out of the premises waving the weapon.

The victim is then seen clutching his arm as he exits the deli and falls to the ground.

Tamerez didn’t get far and was arrested at the scene.

The victim was rushed to Jacobi Medical Center but was declared dead at the hospital. He did not have family in New York and law enforcement kept his identity confidential while waiting to notify them.

It’s not clear whether the victim and suspect knew each other.

However several locals told stories of negative experiences with her. 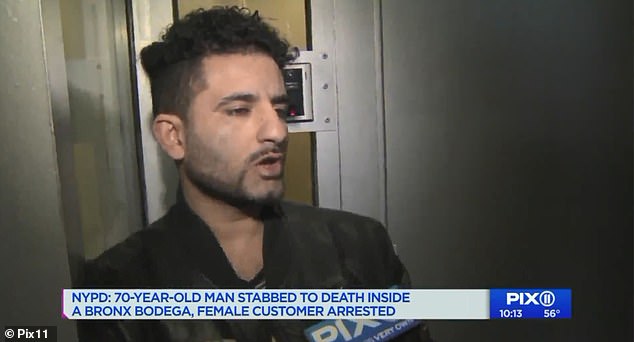 Store was covered in blood and a weapon was pictured in the bloodied street, witnesses said 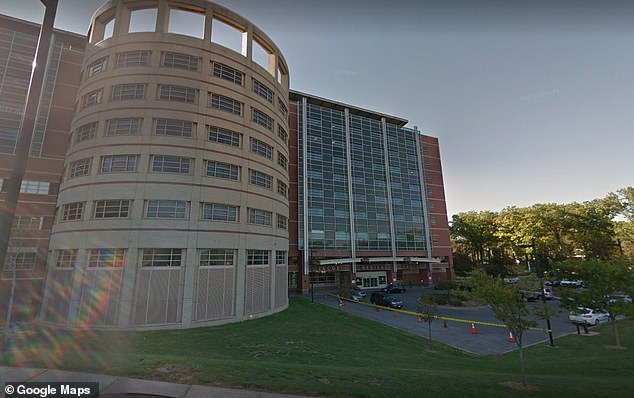 The victim was rushed to Jacobi Medical Center but was declared dead at the hospital. He did not have family in New York and law enforcement kept his identity confidential

‘The same time last year she comes over and I tell her to leave my stuff alone and she showed me the knife,’ an anonymous man who works in a nearby tax preparation office told NYDN. ‘So I said get that s**t out. And she ran off.’

In another video the suspect is seen urinating on the floor of Westchester Grocery & Candy.

Kaid’s brother, Idris, who works in the store said: ‘Last week she came in here to fight with my worker … she takes the magazines and she threw (them) outside. She came back to fight with him again and you see the video, she takes her pants down.’

Another employee said she gave him a scar near his left eye: ‘She’s on drugs. One time she came in here sniffing something. So I kicked her out. And she came back and scratched me right here in my face.’

Tamerez was charged with murder, manslaughter and criminal possession of a weapon.

At the scene of the crime, employee Al Hedie told ABC 7 about the victim: ‘He’s a good dude, he don’t bother nobody and the girl… when she’s drunk she’s no good, she bothers everybody.’ 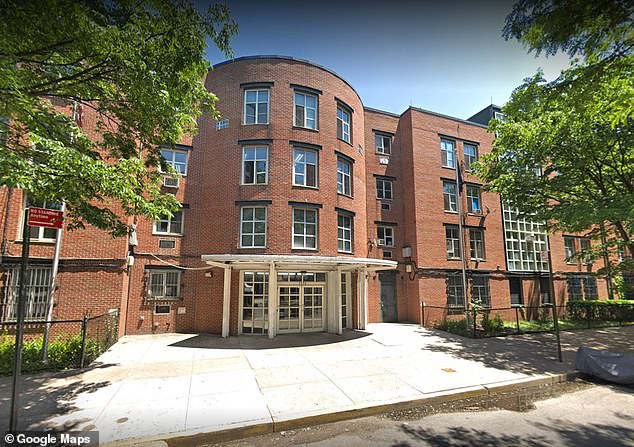 The man lived nearby at the New Era Veterans Home. He visited the store for 17 years