A drunk woman was thrown off an easyJet flight after screaming ‘do you want me to be a prostitute’ during a bizarre foul-mouthed rant.

She was headed on a girls’ holiday from Manchester to Paphos, Cyprus, but after launching a tirade of abuse at fellow flyers and crew members the plane was diverted.

The captain was forced to land in Athens, Greece, on Friday night and four passengers were thrown off for being drunk. 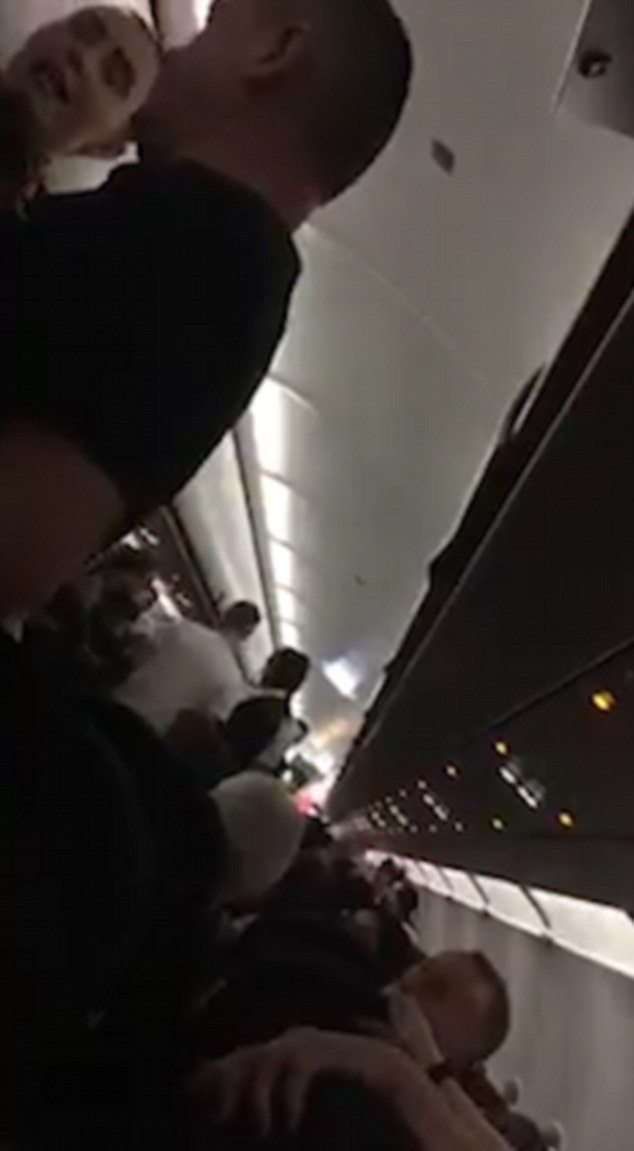 A video taken by one passenger shows crew surrounding one rowdy young woman with a Liverpool accent – who says she is 23 and from Birkenhead.

She repeatedly shouts ‘are you taking the ****?’ at one crew member who is trying to calm her down.

She then launches a bizarre rant at him saying: ‘Do you want me to be a prostitute?’

As efforts continued to calm the woman, she sits down in her seat and becomes tearful before claiming she’s ‘going to get raped’ if she’s thrown off the flight, although she appears to think she is already in Cyprus.

The crew member tells her: ‘Listen to me. Do you want to walk off here or do you want to be dragged off in a pair of handcuffs?’

Seeing another passenger filming the episode, she lashes out and says: ‘Getting your ‘******* phone out of my face.’ As she is being led down the aisle, she shouts at another passenger: ‘Why the **** are you recording me you ugly b****.’

Fellow passengers can then be heard cheering and clapping as the woman is taken off the plane.

It is believed the women were arrested by police in Athens.

The easyjet service, flight EZY1975, continued on its way to Cyprus. The delay meant a scheduled return trip to Manchester had to be postponed until Saturday as the crew had run out of hours they are legally allowed to work.

Fellow passengers reported that the woman had been drunk before they boarded the flight and that they had smuggled their own drinks on board. 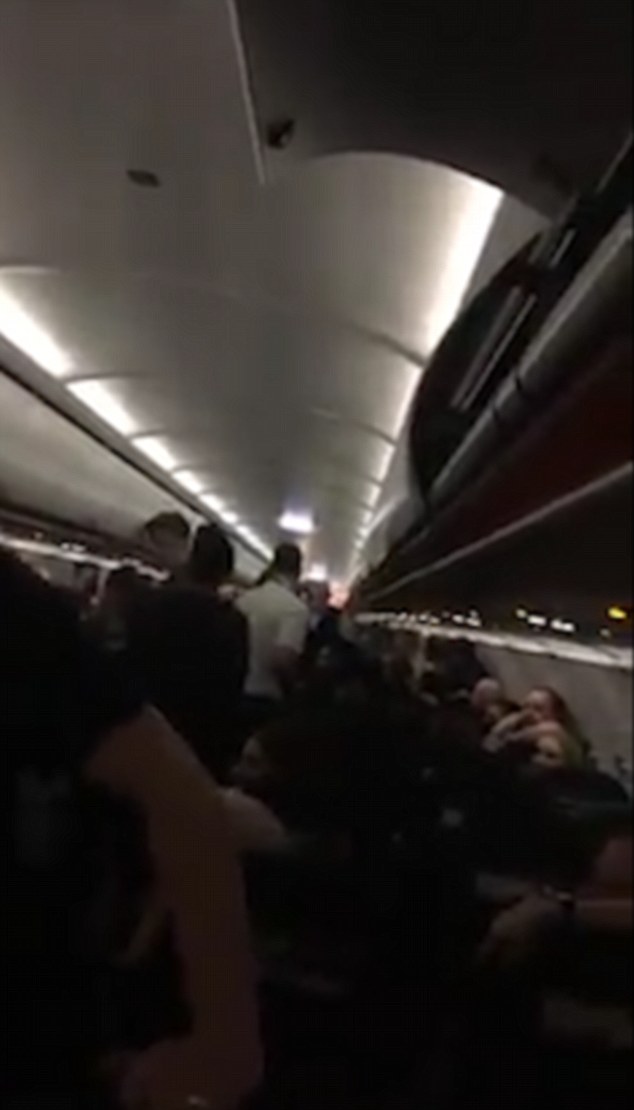 As she was led down the aisle, she shouted at a passenger: ‘Why the f*** are you recording me you ugly b****’

One passenger said: ‘They were all very drunk, drinking their own drinks on the flight. And they started swearing and fighting and threatening others passengers so the plane had to divert to Athens.’

‘EasyJet’s crew are trained to assess and evaluate all situations and to act quickly and appropriately to ensure that the safety of the flight and other passengers is not compromised at any time.

Darren McKie trial: Police officer found guilty of murdering his wife Leanne – this is the evidence the jury heard over 13 days ‘Whilst such incidents are rare we take them very seriously, do not tolerate abusive or threatening behaviour onboard and always push for prosecution.

‘The safety and wellbeing of passengers and crew is always easyJet’s priority.’