Duchess of Cornwall has ELEVEN pairs of bunion-busting shoes

Duchess of Cornwall has ELEVEN pairs of bunion-busting shoes: Camilla is a huge fan of £149 pumps (which come in handy when you carry out over 200 engagements a year)

For generations, the price of the traditional Royal walkabout has been the painful toll they take on regal feet.

The Queen’s dresser, Angela Kelly, last year revealed that she personally wears in the monarch’s new shoes, to prevent blisters, while the Duchess of Cambridge swears by £14.95 Alice Bow insoles.

Now The Mail on Sunday can reveal the Duchess of Cornwall has become such a fan of one brand of bunion-busting shoes that she has built a collection of at least 11 pairs in the past two years. 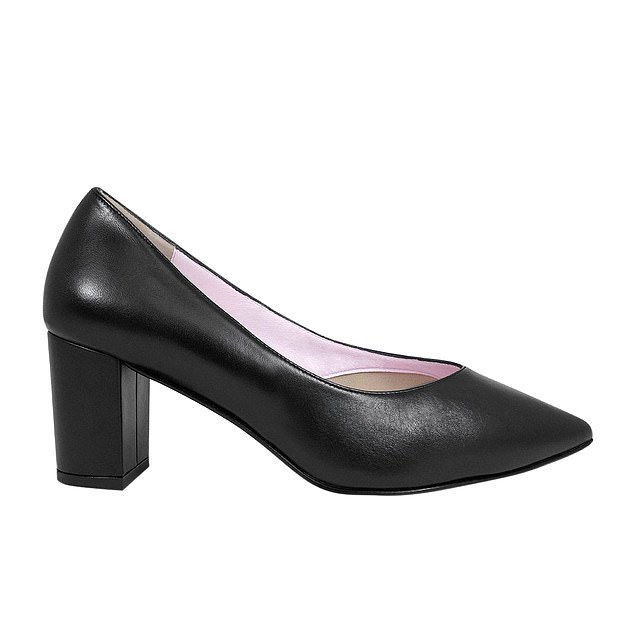 The £149 pumps made by Sole Bliss were developed by British designer Lisa Kay.

The mother-of-two spent five years perfecting technology that allows the shoe to contour around bunions – bony bumps that form at the base of the big toe and can be acutely painful.

The shoes have cushioned soles, wider widths and deeper toe boxes to help reduce the pain of bunions which afflict an estimated 38 per cent of women over the age of 30.

Sole Bliss shoes – whose other fans include actresses Dame Helen Mirren and Amanda Redman – first appeared on Camilla’s feet in June 2018 when she wore a pair of Ingrid Camel Leather pumps to the Royal Cornwall Show in Wadebridge.

Mrs Kay, 56, said: ‘I was relaxing after a day’s work at my factory in Italy when I saw a photo online. I was so excited I jumped up and knocked over my Aperol Spritz!’

The Duchess, who carries out more than 200 engagements a year, has since worn Sole Bliss shoes to more than a dozen events, including the Commonwealth Day service at Westminster Abbey in March and a VE Day tribute at the Balmoral War Memorial earlier this month. 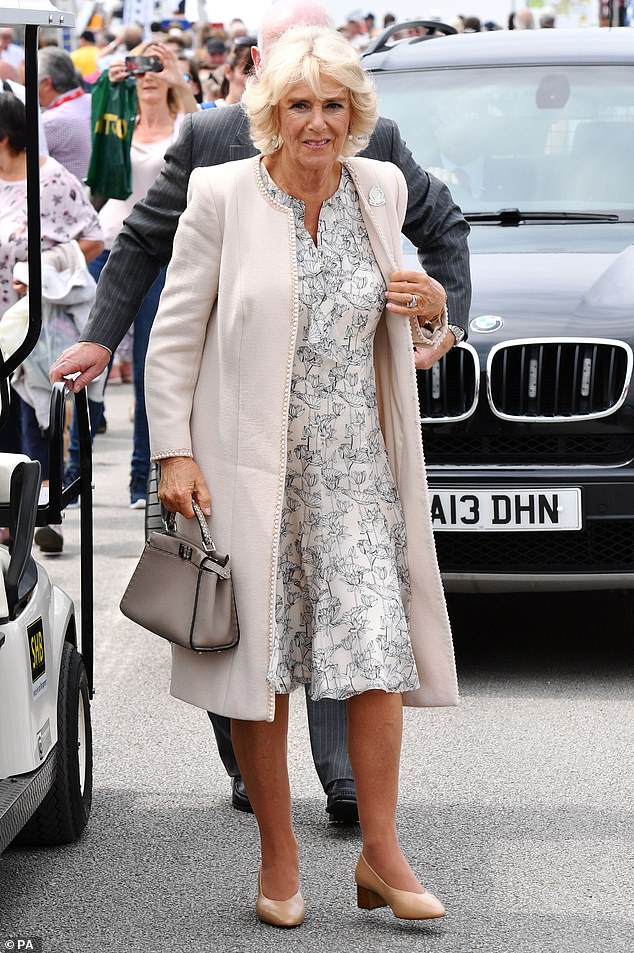 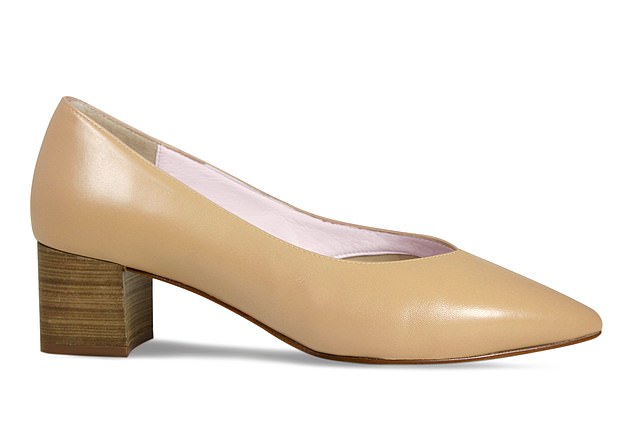 The shoes have cushioned soles, wider widths and deeper toe boxes to help reduce the pain of bunions

Camilla, 72, who also loves Chanel court shoes because the ‘CC’ logo symbolises the longevity of her relationship with Prince Charles, has described ‘screaming in agony at the end of the day’ and being desperate to kick her heels off ‘at every opportunity’.

Two years ago, she admitted she could no longer wear high heels. ‘That’s just one thing I have to accept. I’ve gone down to two inches – can’t do any more,’ she said. 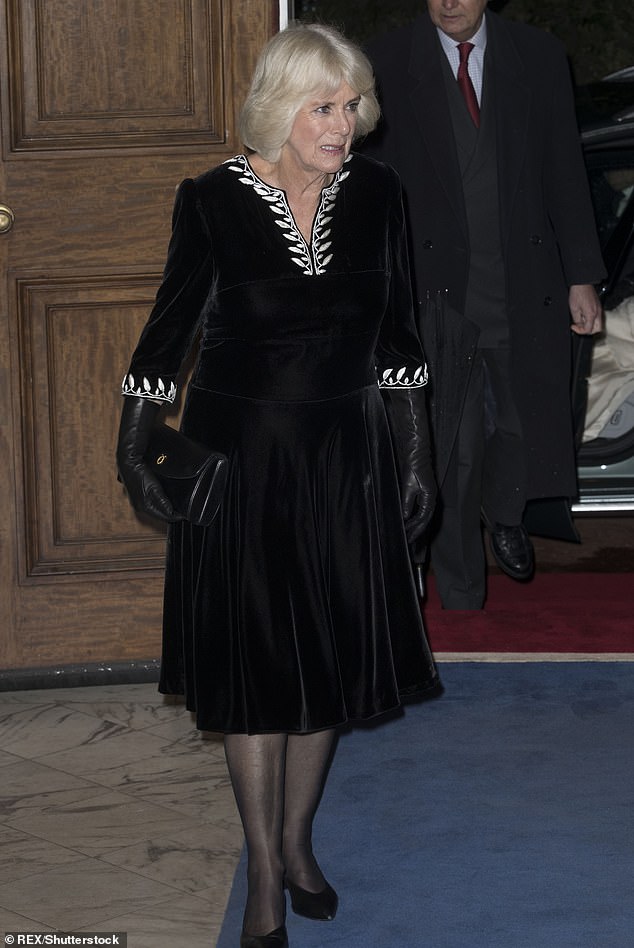 Camilla Duchess of Cornwall seen wearing the shoes at another occasion