Dru Edmonstone (pictured outside court), 46, defrauded Stirling Council and the Royal Borough of Kensington and Cheslea

The Duchess of Cornwall’s cousin was hauled from court and taken down to the cells as a judge warned him he will be locked up for some time after admitting a ‘sophisticated’ £60,000 benefit fraud.

Dru Edmonstone, 46, defrauded Stirling Council and the Royal Borough of Kensington and Cheslea.

Using the names of his sister, his ex-wife, a former housekeeper, and an employee of his father – Sir Archibald Edmonstone, the 83-year-old seventh baronet of Duntreath – he submitted bogus claims for income support, tax credits, carers’ allowance, and disability living allowance.

Edmonstone, who lives in a house on the 6000-acre Stirlingshire estate his family were gifted by King Robert III in 1435, also fraudulently obtained thousands of pounds in housing benefit.

Some of the fraudulent housing claims were for renting a mews cottage in Kensington, west London.

Stirling Sheriff Court heard that he pocketed £60,000 between January 2014 and April 2017. He then used the money to fund high risk bets. 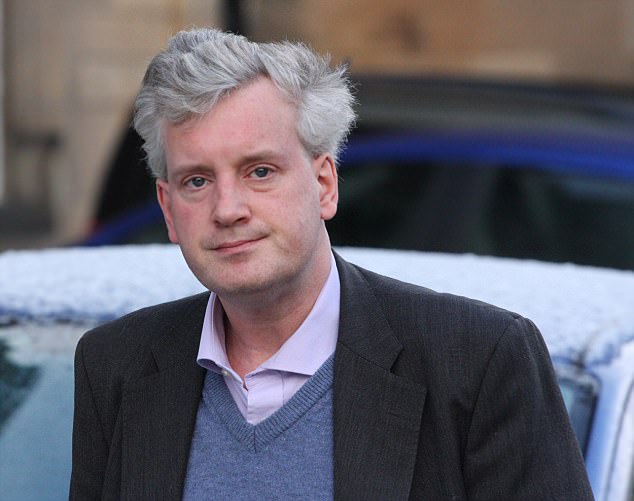 Using the names of his own sister, his ex-wife, a former housekeeper, and an employee of his father – Sir Archibald Edmonstone, the 83-year-old seventh baronet of Duntreath – he submitted bogus claims for income support, tax credits, carers’ allowance, housing benefit and disability living allowance

Kyrsten Buist, prosecuting, said the scam came to light when his sister, Elyssa Edmonstone, who has lived abroad since 2010, made ‘a general inquiry about making additional payments to her UK national insurance account’.

She found that the address the Department of Work and Pensions (DWP) had for her was none that she had ever lived at – but was in fact her brother’s home.

Miss Buist said: ‘She confronted him in the presence of their mother and he ultimately admitted he had made the claims using his sister’s name and her NI number.

‘He signed a declaration admitting he had made the claims without her knowledge or consent and the admissions were recorded by his sister.’

DWP investigators discovered he even made phone calls to them pretending to be his sister.

After playing them back they said the voice was ‘clearly not her’.

Miss Buist said Edmonstone had ‘made false claims for a variety of benefits using his name and the names of others he is linked to’.

In one scam, he claimed tax credit and disability living allowance by pretending that he was looking after a 12-year-old child with disabling mental health difficulties, including autism, ADHD, and depression, who was neither living with him nor, in fact, disabled in any way. 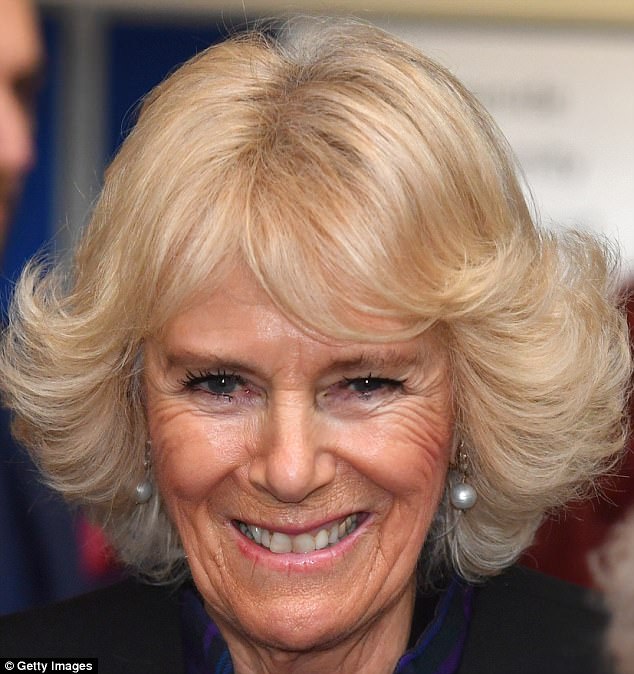 He produced a bogus letter in support of the DLA claim from the GP practice in Balfron, Stirlingshire, saying he was ‘fully responsible’ for the child.

The letter was signed by his local GP, Dr Sarah Boddington, which she claimed was a scanned copy of her signature Edmonstone had fabricated.

The signature came from her original letter, which stated she could neither confirm nor refute that he lived with the child.

Miss Bust said that in January 2014 a call was made to Her Majesty’s Revenue and Customs (HMRC) from someone pretending to be Edmonstone’s ex-wife, Marie-Laurence.

Edmonstone had made false claims in his ex-wife’s name.

The female caller answered security questions pretending to be her, before handing the phone over to Edmonstone.

Miss Buist said: ‘The female caller has a Scottish accent, while his wife, in fact, is French.’

She added: ‘This fraud is not a case of failing to tell the council of a change of circumstances – the accused has made false declarations and has produced what is suspected to be false emails to support that claim.’

Hanging his head in the dock and occasionally appearing to weep, Edmonstone, a former financier, of Blanefield, Stirlingshire, admitted fraud.

Further allegations against him were dropped.

Another stated he had pocket money from walkers on the West Highland Way near Loch Lomond, claiming to be selling refreshments for charity.

John Mullholland, Edmonstone’s solicitor, said his client had been diagnosed with an ’emotionally unstable personality disorder’.

He said: ‘His conduct has been bizarre.’

He added that Edmonstone ‘continues to have the support of his family, notwithstanding the narration’ and would be able to repay at least a third of the money he took.

He was remanded in custody for the judge to consider the mitigation report.

Sheriff Wyllie Robertson told him: ‘Irrespective of questions of repayment, it is still a very significant figure and a custodial sentence is inevitable.

‘This was a serious offence with a considerable degree of sophistication in its planning and execution.’

He will be sentenced on February 21.