Duchess wears a £1,900 cocktail dress by a feminist designer

The Duchess of Sussex is known for choosing fashion with a purpose during her public engagements, and today she did it again in her choice of dress for a significant speech at Government House in New Zealand.

It’s not the first time Meghan has chosen a piece from Gabirela Hearst, who is known for her sustainable practices and weaving political statements in to her creations.

Previous collections have been inspired by feminists, such as US political activist Angela Davis and Senator Kamala Harris, while she also created a line of handbags as a tribute to working women of the 1940s.

Meghan, 37, stunned in a navy cocktail dress by New York-based Gabriela Hearst, modified to include delicate cap sleeves as she gave a speech to mark the 135th anniversary of women’s suffrage in New Zealand at Government House in Wellington 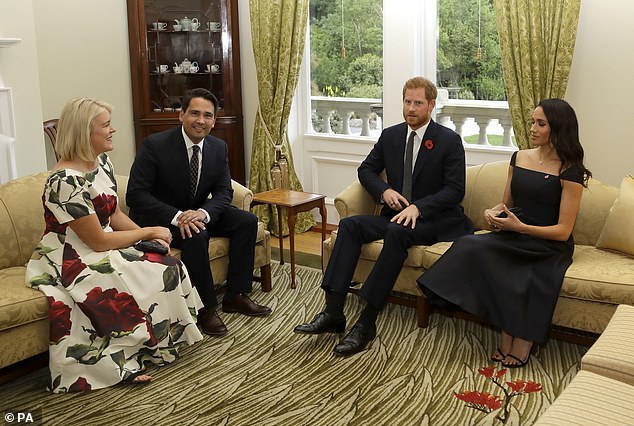 The Duke and Duchess of Sussex meet the Leader of the Opposition Simon Bridges and his wife Natalie, at Government House in Wellington

The Duchess previously sported a £1,685 handbag from the trendy New York designer when she paid her first official visit to Sussex with Prince Harry earlier this month.

During her stirring speech, Meghan told guests at Government House: ‘Women’s suffrage is about feminism, but feminism is about fairness.

‘Suffrage is not simply about the right to vote but also about what that represents.

‘The basic and fundamental human right of being able to participate in the choices for your future.’ 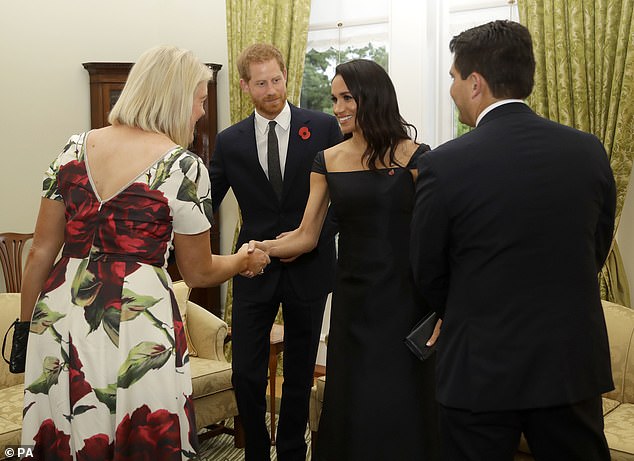 Meghan’s evening outfit was a marked change from the bargain high street design she sported on arrival in Wellington earlier in the day.

Throughout the tour, the Duchess has favoured high end labels with suitably eye-watering price tags for her first major overseas tour. 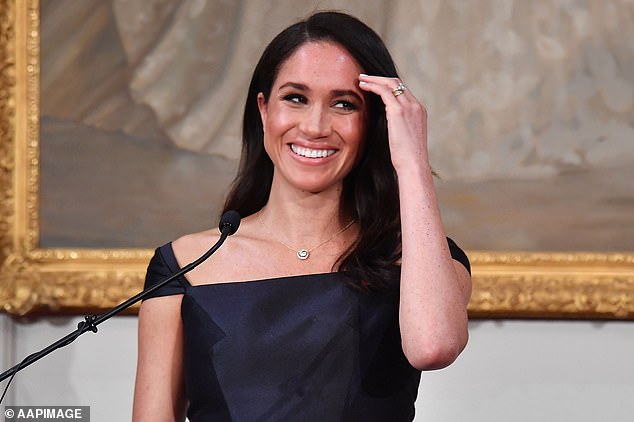 The pregnant Duchess smiles after addressing invited guests during a reception at Government House in Wellington, New Zealand, today 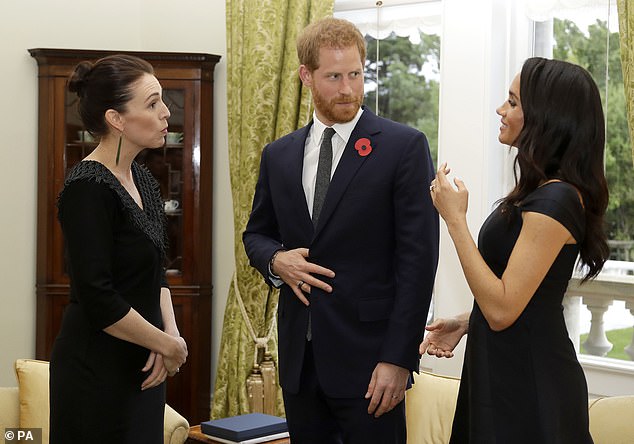 On Friday she wowed in a tulle Oscar De La Renta dress embellished with a black bird pattern estimated to have cost £10,000.

She’s also sported creations by Roksanda and Brandon Maxwell as well as tens of thousands worth of jewellery and accessories.

The total cost of her wardrobe thus far has exceeded £80,000 and she’s predicted to hit the £100K mark by the time she and Harry fly home on Friday. 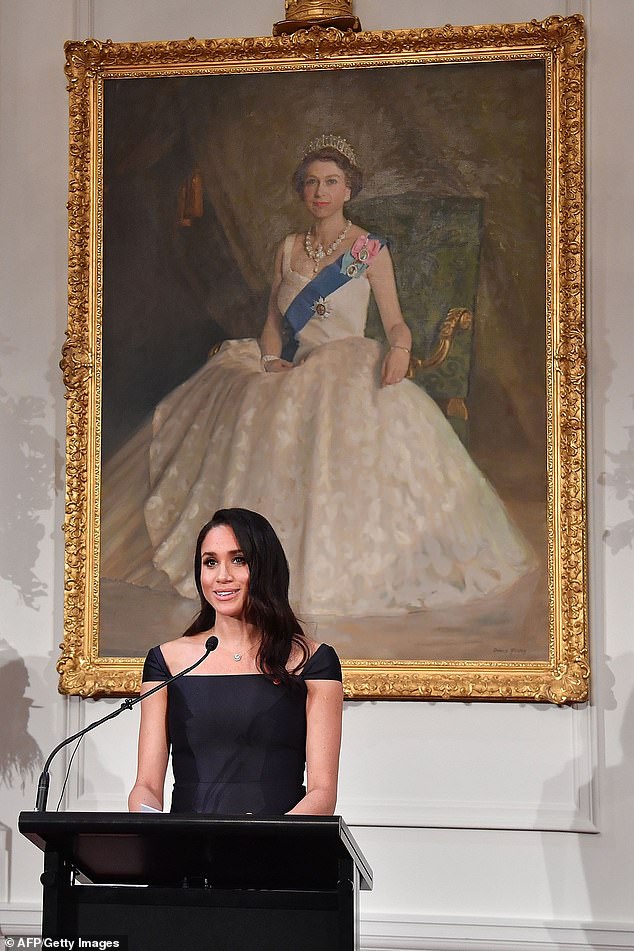 Meghan speaks to invited guests during a reception at Government House in Wellington House, New Zealand, today after she was pictured performing traditional greetings with dignitaries