Duke and Duchess of Cambridge and Prince Harry get hashtag

The Royal Foundation, a philanthropic vehicle set up by William, Kate and Harry, has applied to trademark #stopspeaksupport

The Windsors are venturing into the 21st Century with the first ever Royal hashtag, I can reveal.

The Royal Foundation, a philanthropic vehicle set up by William, Kate and Harry, has applied to trademark #stopspeaksupport – marking an exciting new chapter in their mental health work.

The social media slogan is designed to encourage people to seek help with mental health problems and will be used for campaigns, fundraising activities and educational material.

William, Harry and Kate have been involved in a high-profile Royal Foundation mental health campaign called Heads Together over the past year.

Last week, Prince Harry voiced his concern that too much time spent online was bad for mental health. ‘It’s like a mental running machine that they can’t get off. You wouldn’t put your body through such a workout.

‘I’m the last person to say ban it, but people are suffering from mental fatigue and getting burnt out. We all need to talk to each other more,’ he said. 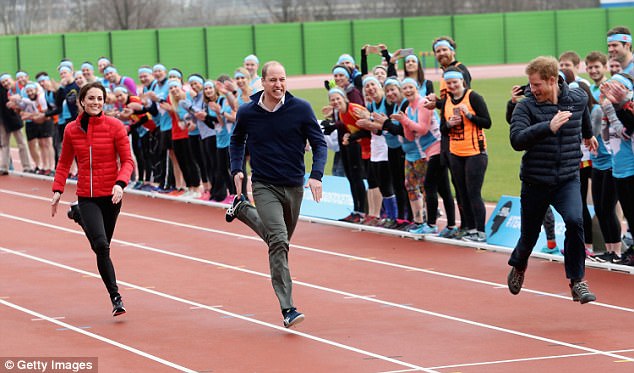 The Duke of Cambridge, Duchess of Cambridge and Prince Harry join Team Heads Together at a London Marathon Training Day

Both princes have previously talked about how the very public death of their mother Princess Diana in 1997 deeply affected their own mental health. ‘It is not like most people’s grief, because everyone else knows about it, everyone knows the story, everyone knows her. It is a different situation for most people who lose someone they love,’ William revealed in an interview.

It’s not the first time the young Royals have used the internet to ‘get down with the kids’.

Last year, Harry and the Queen made a ‘mic drop’ video at Buckingham Palace of a mock feud with then US President Barack Obama and wife Michelle to promote the Invictus Games. 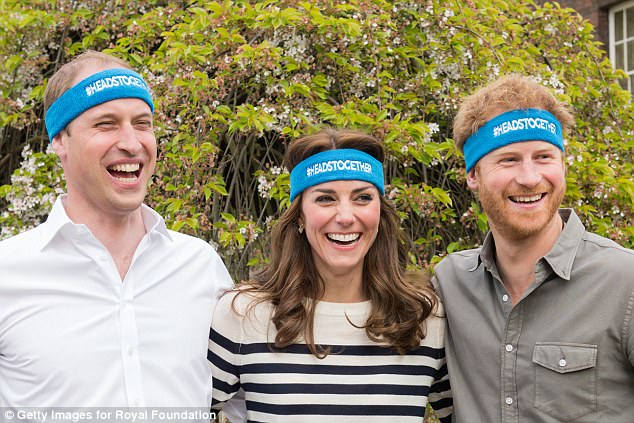 William, Harry and Kate have been involved in a high-profile Royal Foundation mental health campaign called Heads Together over the past year

Invited to ‘bring it’ by the Obamas, Harry mimed dropping a microphone to show he had won the argument, to his grandmother’s obvious amusement.

Harry’s girlfriend Meghan Markle had a regularly updated Instagram account, but has stopped updating it since the couple’s romance became public.

Some wags have suggested William might apply the #stopspeaksupport slogan to his own family relationships, in particular towards Prince Charles.

You won’t BELIEVE what they tell me!

‘Doing somersaults while brushing my teeth was great fun. And no one tells you off for playing with your food in space.’

Tim Peake tells me at the launch of his new book, Ask An Astronaut, that life on the International Space Station had its plus points.

‘I can’t stand Woman’s Hour. I reach for the off switch as soon as it comes on.’

Joanna Lumley helped celebrate the 60th anniversary of Radio 4’s Today, but she assures me she’s not a total fan of the station. 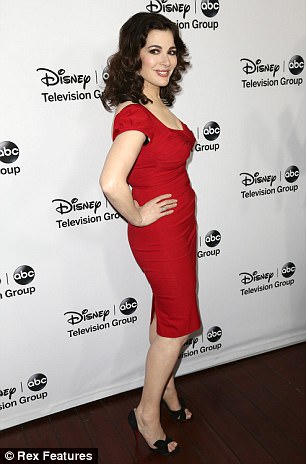 ‘I’m impatient and I’m greedy. Those are characteristics which are not attractive in life, but as a cook they are helpful.’

‘You can call Royal babies anything, even Derek. If they inherit the throne they still end up being Henry the 9th!’

Harriet Walter, who played Churchill’s wife Clemmie in The Crown, has an unusual name suggestion for the Duke and Duchess of Cambridge ahead of the birth of their third child.

‘Bill and I went all over the countryside drinking in pubs. What happens in pubs stays in pubs.’

Hillary Clinton provides me with a worthy motto when talking about her time in England.

‘I don’t work in movies. My face is quite big, and it’s a bit intimidating on a large screen.’

Martin Clunes is honest about his lack of cinema work.