‘It was a shock for all concerned’: Duke of Edinburgh sends thank you letters to wellwishers who wrote to him after his crash at Sandringham

The Duke of Edinburgh’s car crash last month has been described as ‘a shock for all concerned’ in a letter thanking those to wrote to him.

Prince Philip has sent out thank you notes to members of the public who sent letters to him following his accident in Sandringham on January 17.

The letter, written by the duke’s secretary Suzy Lethbridge, reads: ‘The Duke of Edinburgh thanks you for your kind message of good wishes following the recent accident near Sandringham.

‘It was a shock for all concerned. The Norfolk emergency services were quick to respond and assist those involved.

‘Prince Philip is grateful to you for taking the trouble to write.’

Each letter has then been signed by Ms Lethbridge the Communication Secretary to Buckingham Palace.

The 97-year-old royal was involved in a horror accident near the Sandringham estate in Norfolk last month with the Duke escaping unhurt despite his car being ‘T-boned’ by another vehicle and flipping onto its side.

Police are understood to be looking at driver error rather than mechanical faults. 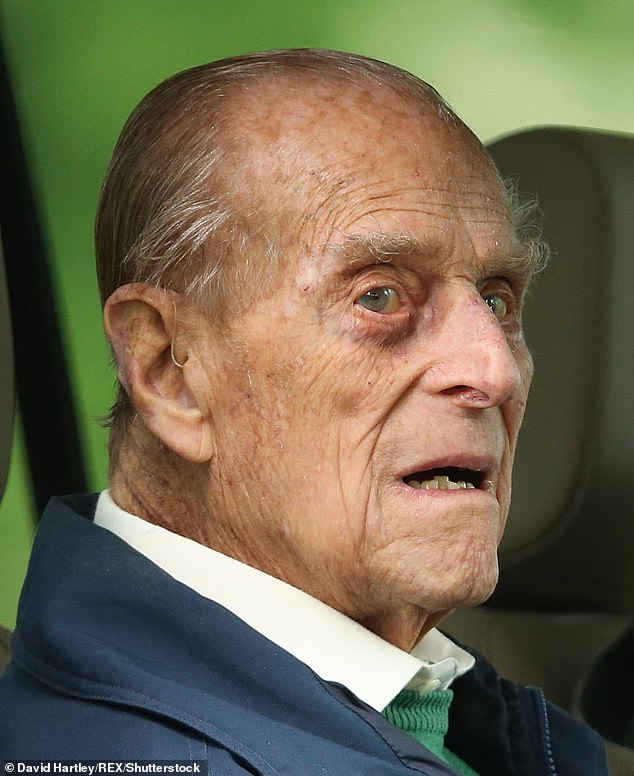 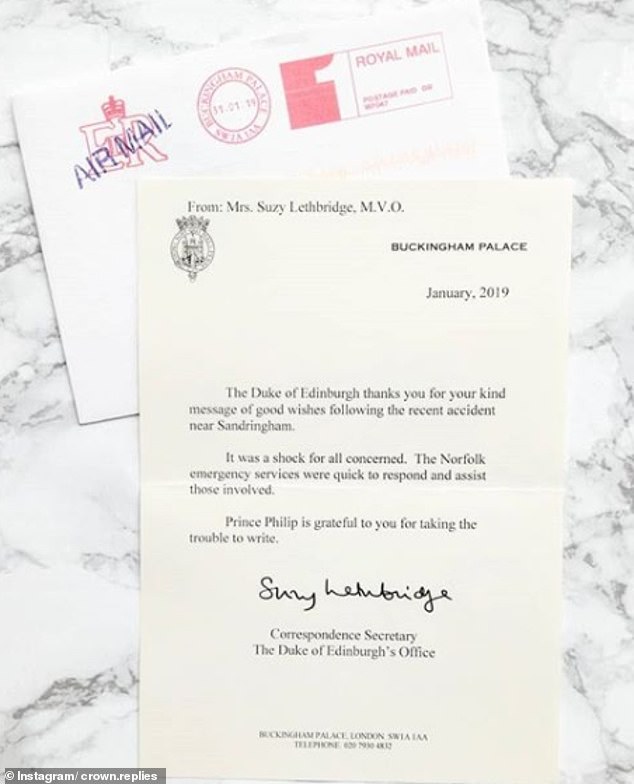 Each of the letters is written on behalf of the duke by Correspondence Secretary, Suzy Lethbridge

His Land Rover collided with a Kia car, sending his vehicle tumbling across the road where it ended up on its side.

A nine-month-old boy strapped into the back seat escaped serious injury. 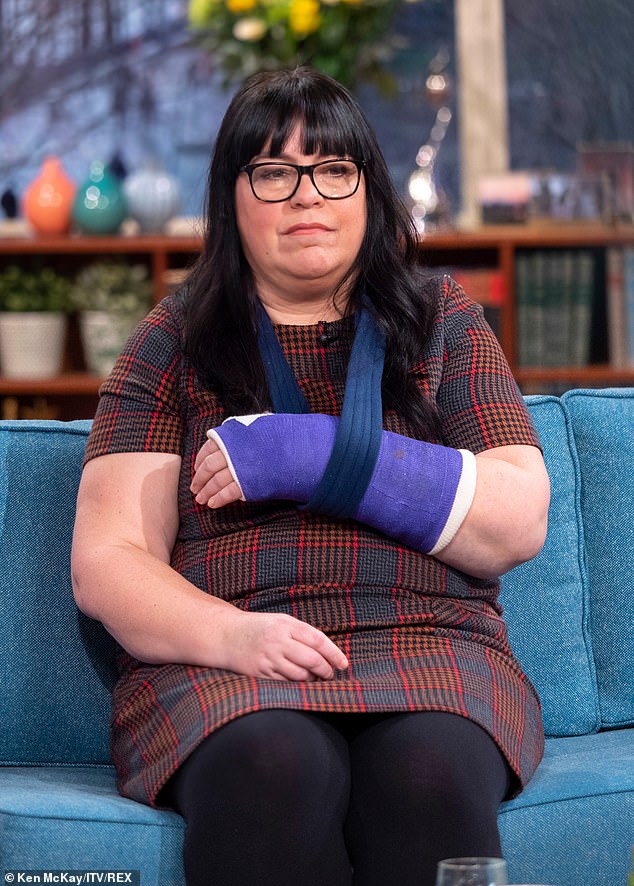 Emma Fairweather, 46, was the passenger of the car that Philip collided with and  broke her wrist in the accident

Emma Fairweather, 46, was a passenger in the Kia, broke her wrist and is set to undergo surgery to have a titanium plate inserted.