It is a measure of how far British swimming has come that Duncan Scott laid his head on the starting block and did not lift it for a considerable time, after securing silver in the 200metres individual medley on Friday.

He had just completed the four lengths faster than any Briton in history and equalled the British record of three medals at a single Olympics in the process. 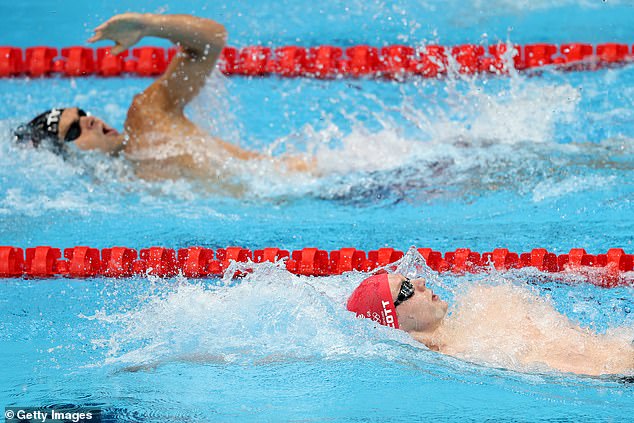 But Britain’s swimmers have reached the level where Scott’s defeat by Chinese Shun Wang, whom he was closing in on at the finish, is a source of personal devastation.

In the space of four days, 24-year-old Scott has been pipped to the wall by margins of 0.04sec and 0.28sec, with his friend and Olympic Village roommate Tom Dean edging him out by the finer of those margins in Tuesday’s 200m freestyle.

This is all a very long way from the Troon pool, in South Ayrshire, where his father taught him and his sister how to float on their backs and by the time Scott sat down to talk about the race he had managed to put some perspective on that silver. 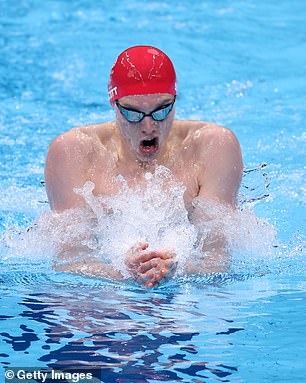 The fact that Michael Phelps had won this race in the last four Olympics and that four of those on the starting blocks beside him were among the 10 fastest that the discipline has known.

Scott was even able to gently take the rise out of someone who could not immediately recite the name of Reginald Doherty — a tennis player at the 1900 Games — as the sixth member of the select group who have also taken three medals from a single Olympiad.

He claimed not to have known about this medals record business before a few journalists had mentioned it. But he did shed some light on the reasons why British swimming has exploded with success this week: six medals, including a first relay gold in 113 years.

Fundamental to it all, of course, is Adam Peaty — figurehead, leader and talisman — who has helped Britain’s elite swimmers to keep things together during the long months of lockdown.

‘He’s just been himself, that’s what he did during lockdown. Be him,’ Scott said. ‘He just does things. He creates such a good environment.’

The other elite performers would see Peaty on Zoom calls or when they join together remotely from fitness bikes. Peaty has a philosophy that no one will work harder than him. The others see his level and raise their own.

But Scott and others also speak of what Peaty described earlier this week as ‘the brotherhood’ of British swimmers. A tight-knit group who have grown up together in the six or seven years since the disappointment of London 2012 brought a cut to funding and a need to rethink success. 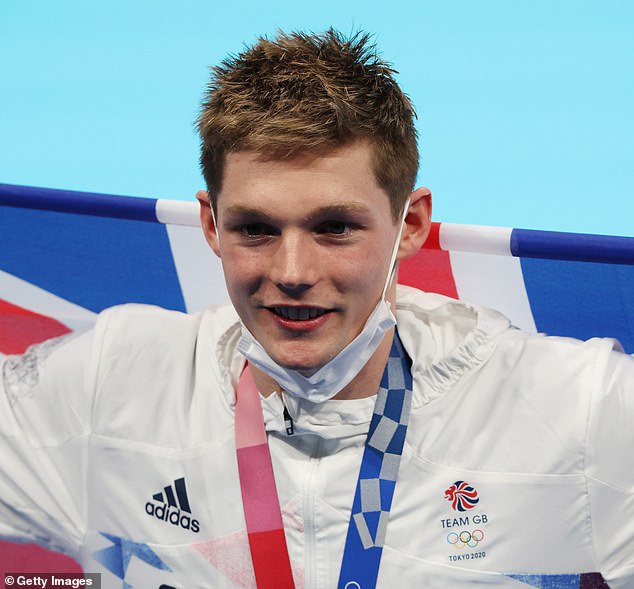 The quality of coaches put in place by performance director Chris Spicer is indisputably significant. This has been the week when events at the gymnastics have forced a reappraisal of how to set high demands of elite athletes without destroying those individuals. By every available account, the British Swimming set-up has struck that balance.

‘I’d say there’s been a real focus on that in British swimming,’ Scott said.

‘On changing the culture. The environment I’ve been a part of since 2015, I’ve really enjoyed it. The professionalism from athletes. People being willing to own up — if something doesn’t go well the onus is on them — rather than pointing fingers. And if they do well it’s down to the coaches and people around them, the support staff.’

There is room for a little superstition if someone wants to go with that. Luke Greenbank, who became Britain’s first Olympic backstroke medallist on Friday, grows his hair long because it seemed to bring him luck.

‘Not yet!’ he said when, after taking bronze, he was asked if he had plans to chop his locks. 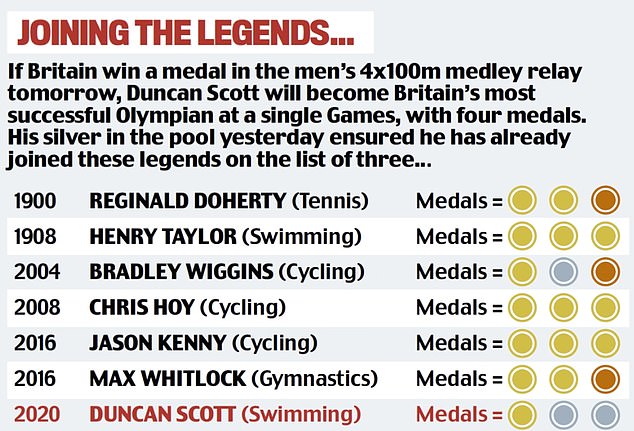 Scott is so unassuming that he has rather slipped under the radar. Peaty, Greenbank and Dean command far more light. But few, if any, have his versatility. Scott evolved from medley to freestyle in an attempt to break into Scotland’s Commonwealth Games squad.

And now for his pursuit of the historic fourth. In the medley relay quartet on Sunday, he joins a formidable British challenge which will see Greenbank lead off with backstroke, Peaty power into breaststroke, followed by James Guy’s butterfly and Scott on the anchor freestyle leg.

Team GB qualified second fastest in the heats on Friday, behind Italy, despite resting Peaty. The Americans rested a number of their top swimmers and almost did not make the final at all. Scott was not dwelling on the idea of the record medal tally.

‘I’ve still got plenty to do before I can start thinking about it,’ he said.

The Americans are still reeling from the fact they did not even make the podium in the 4x200m freestyle relay, which Britain dominated. And even the Australians have conceded that the Poms have left them up against it. ‘We were riding the surf of the Brits,’ one of them reflected this week.