He’s a bright spark in midfield! Non-league player goes from footballer to electrician to try and fix the failed floodlights after his Dunston side’s FA Trophy clash against Marine was halted by faulty fuse box

When the lights went out during Marine’s FA Trophy tie with Dunston UTS on Saturday, visiting midfielder Phil Turnbull had one thought: ‘We can’t come all the way back here on Tuesday’.

So as the teams left the pitch with the game seemingly set to be abandoned, electrician Turnbull hatched a plan. ‘I saw one of Marine’s officials and asked where the electrical cut-out was,’ the 34-year-old tells Sportsmail.

‘I explained I did this sort of thing for a living. The club’s electrician had Covid so we got him on the phone. I was playing around with the circuit-breaker in the cupboard, telling him what was live and what wasn’t. 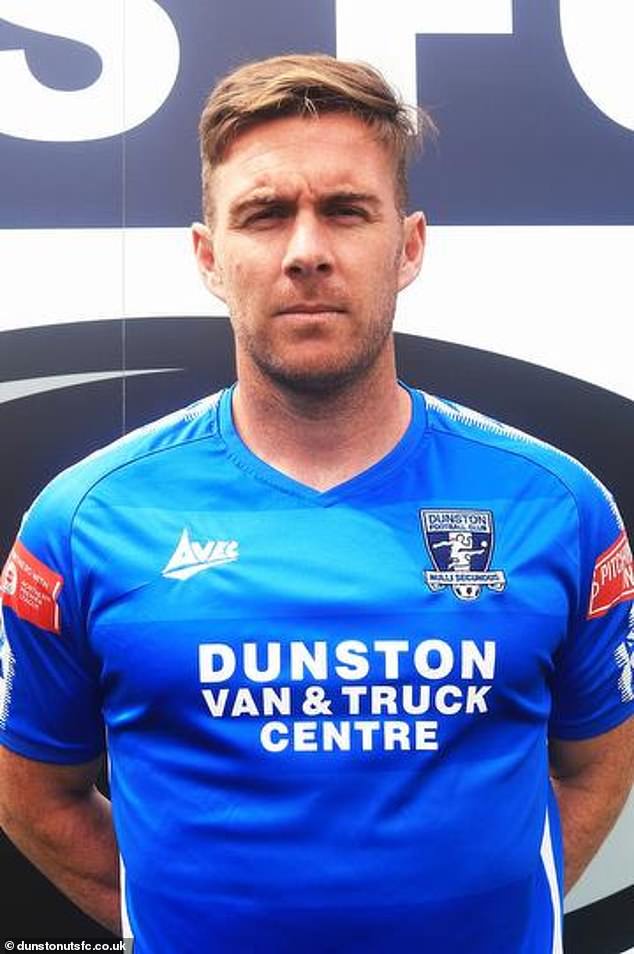 ‘We eventually got one of the floodlights back on and another sparky showed up and helped get the others working. Our lads were buzzing — we didn’t want another six-hour round trip!’

Unbeknown to Turnbull, his off-the-field efforts had gone viral on social media. When he returned to the dressing room after a shootout defeat — in which he scored — he checked his phone.

‘There were 300 messages on WhatsApp! I’m thinking, “Eh? What’s going on?” There was a clip on Soccer Saturday of the host saying, “Can he fix it? Yes he can!” 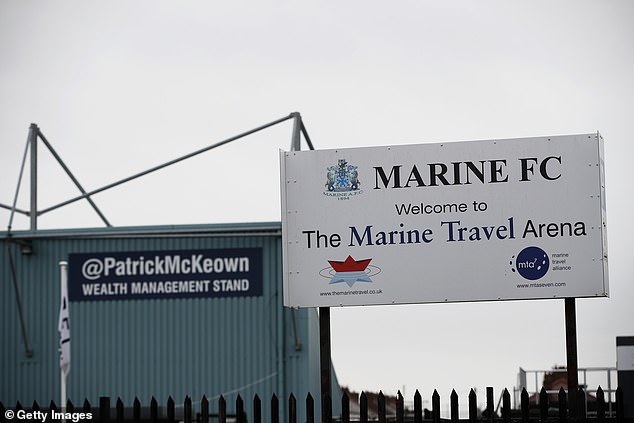 ‘When I played for Darlington they had a song about me and they’d adapted the words on Twitter… “Phil Turnbull, passes with precision, midfield magician, emergency electrician!” It was all a bit mental.’

Turnbull is also a former teacher, and he was certainly the brightest spark on Merseyside this weekend.

The game was called to a stop just after half-time when the floodlights at the Marine Travel Arena failed during the Merseyside outfit’s first-round tie.

Turnbull faced immense pressure after the referee announced that if the issue wasn’t sorted by 5pm, the game would have to be cancelled.

Ultimately, the 34-year-old was unable to solve the issue by himself as he didn’t have his tools with him but assistance arrived and play was able to resume after a 50-minute delay. 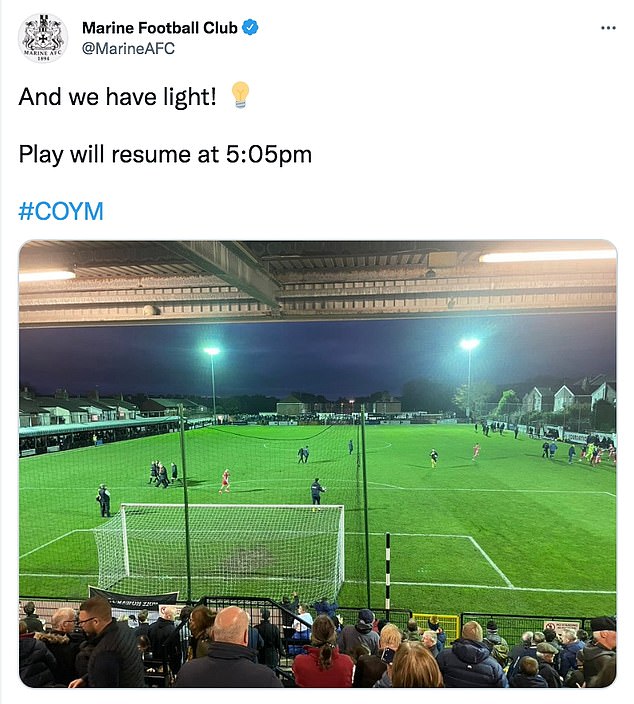 Marine – who famously hosted Tottenham Hotspur in the FA Cup third round in January – thanked Turnbull for his efforts, tweeting: ‘Thanks to @dunstonutsfc player Philip Turnbull for attempting to fix our floodlights.’

The match, which was watched by a crowd of 1,202, restarted in the 53rd minute with the score level at 0-0. It ultimately finished 2-2, with Marine going on to win 5-4 on penalties.

The electrics hero did attempt to save his side as he scored in the shoot-out, but Turnbull’s on-pitch heroics proved to be a losing cause.

Marine weren’t the only non-league side with technical issues at the weekend. The floodlights also cut-out during Hampton and Richmond FC’s National League South game against Braintree Town on Saturday.

But Hampton and Richmond were not as fortunate as Marine to have Turnbull’s expertise on hand and the match was eventually suspended, with Braintree 1-0 up.

The club’s Twitter account posted: ‘A power cut at the ground has meant that the match between Braintree Town is officially abandoned.

‘We do apologise for this and for those with tickets for today’s game are advised to keep hold of them and further information on the re-arranged fixture will be out soon.’

And, Hampton and Richmond couldn’t resist having a joke with the Merseyside club over their shared misfortunes on Twitter.