Arlene Foster has said that Theresa May’s Brexit deal is a worse outcome for Britain than a government led by Jeremy Corbyn.

Mrs Foster dismissed claims that the DUP is merely playing a game of brinkmanship and would cave in and support Mrs May if the alternative was a general election and a possible Labour government.

Asked if Mrs May’s Brexit is a greater threat than a government led by Jeremy Corbyn, Mrs Foster told the Times: ‘I think it is, and the reason I say that is on day one of us leaving the European Union there would be no difference, we would be exactly the same as the rest of the UK but in year five or ten we would be different.

‘If people [in Northern Ireland] are looking to Dublin for representation in Europe because we’re the subject of EU rules, that is so dangerous in terms of the Union.

‘All the things we build the Union on — the economic unit, the cultural, social, political and historical – start to diverge.’

Theresa May is facing an ‘impossible’ battle to convince enough MPs to back her deal next month.

Mrs Foster’s comments came as former Brexit secretary Dominic Raab piled pressure on the Prime Minister, claiming that her proposed deal was worse than remaining in the European Union. 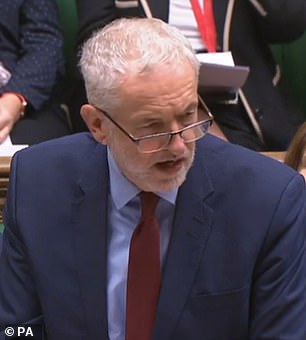 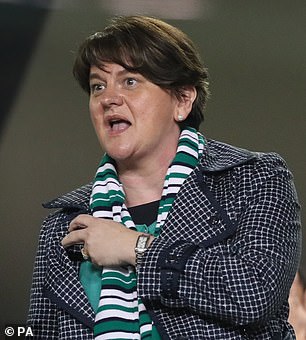 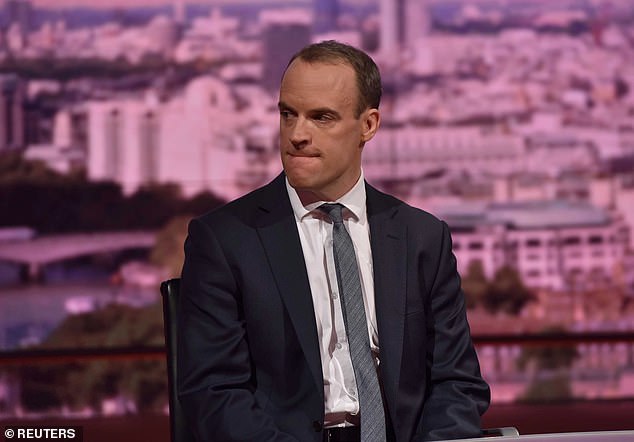 Appearing on BBC Radio 4’s Today programme, when asked what he would choose between the Prime Minister’s deal and remaining in the Union, Mr Raab said: ‘Well, I’m not going to advocate staying in the EU but if you just presented me terms, this deal or EU membership – we’d effectively be bound by the same rules without a control or voice over them – yes, I think this would be even worse than that.’

More than half of Conservative Party backbenchers have publicly said they will vote against the deal in a looming Commons showdown next month.

Unless large numbers of MPs change sides, the Prime Minister’s deal could be defeated by well over a hundred votes when the crunch comes in the House.

Mrs May has insisted that as far as she was concerned the UK will leave the EU in March 2019 as planned.

‘Personally there is no question of no Brexit because the Government needs to deliver on what people voted for in the referendum in 2016,’ she said.