Ajax winger David Neres was caught in the cross fire during his side’s 3-0 win over Lille in the Champions League last night as team-mate Dusan Tadic slapped him in the face amid jubilant celebrations.

Last season’s Champions League semi finalists opened their European account in style with an emphatic 3-0 win over their French opponents at the Amsterdam Arena.

After Quincy Anton Promes’ opener in the 18th minute, Neres joins his team-mates in the celebrations. Ex-Southampton man Tadic then whacks the Brazilian across the face, leaving the startlet to rub his cheek in confusion. 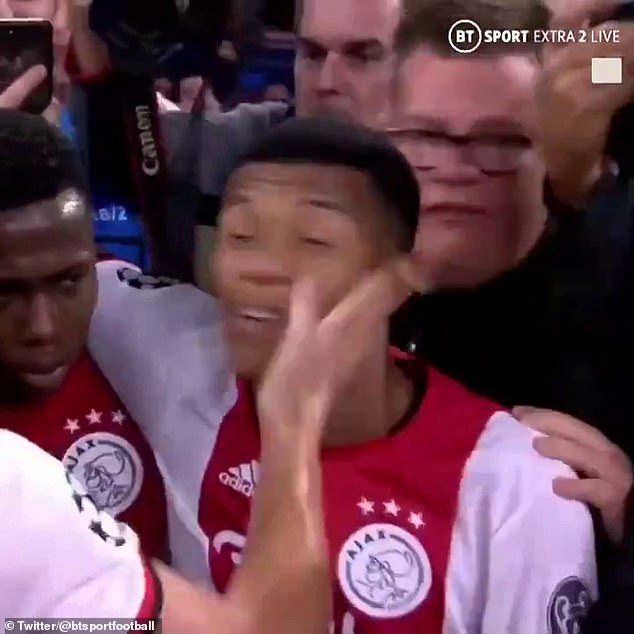 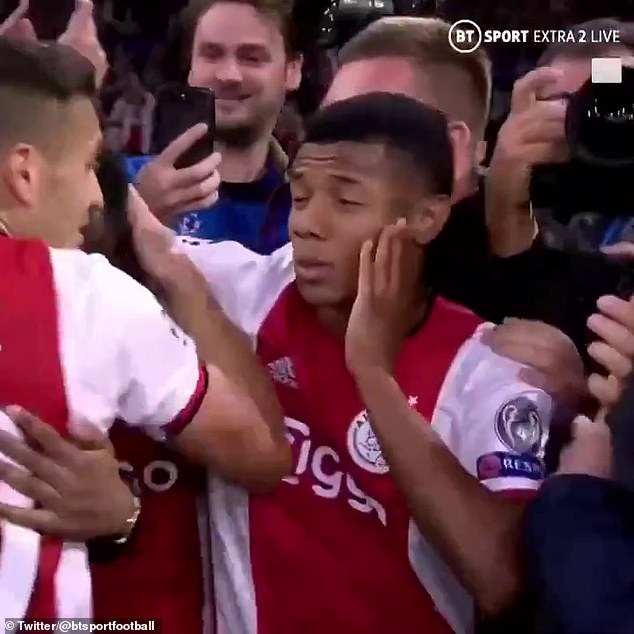 The winger appeared bemused after being hit by the ex-Southampton man, rubbing his cheek

The Ajax captain hurriedly makes amends by planting a kiss on his team-mate’s cheek by way of apology, as Neres chuckles to himself.

The slap did little to harm the 22-year-old’s performance, as he laid on new boy Alvarez’s second before being replaced by veteran striker Klaas Jan Huntelaar.

All three points were wrapped up midway through the second half as full back Nicolas Tagliafico got in on the act to give Ajax a three goal lead.

The Dutch side enjoyed a remarkable run in last season’s competition. However, a new-look side without the likes of Frenkie De Jong and Matthijs de Ligt means that Ajax remain an unknown quantity this year. 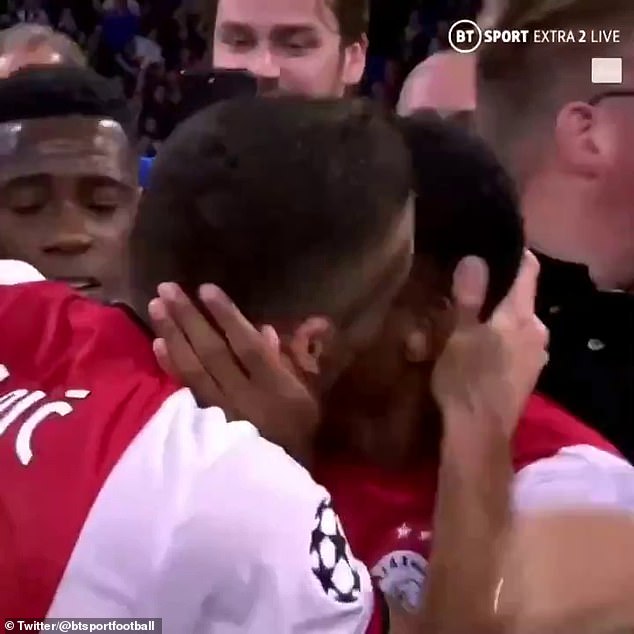 The Ajax captain, realising his mistake, hurriedly makes amends by kissing his team-mate 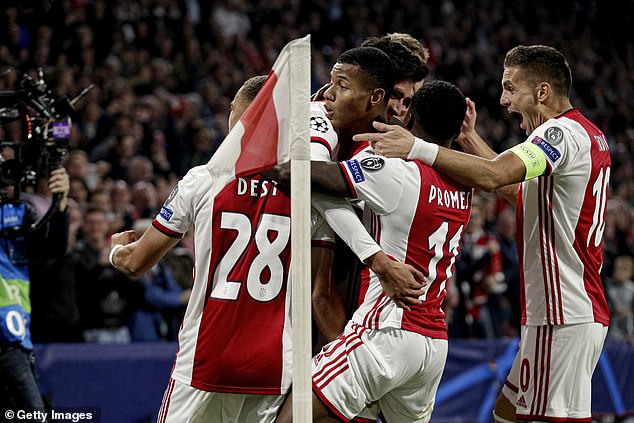