Serbia star Dusan Vlahovic has hit back at ‘absurd’ claims that he’s suffered a lack of World Cup game time due to an ongoing affair with a team-mate’s wife.

The Juventus forward has started both of Serbia’s World Cup group games from the bench and even failed to make it onto the pitch for their recent 3-3 draw with Cameroon.

Given the forward’s pedigree – and impressive form of late – his omission from the starting line-up raised questions which were quickly answered by Serbian media outlets.

They reported that Vlahovic’s lack of minutes was because he had been caught in an affair with the wife of national reserve goalkeeper Predrag Rajkovic – but the forward has rubbished such claims.

Speaking at their pre-match press conference, Vlahovic said: ‘I am sorry to have to start the press conference in the World Cup this way, but I have to talk about it because this is my name being bandied about.

‘What we all read and hear about, there’s no need to comment on something so absurd. Evidently these people are bored and have nothing better to do because they are frustrated or angry, but working against the national interest of the team at the moment is obviously their main job right now. ‘We are more united than ever and the atmosphere in the squad has never been better. These stories are ridiculous, I just want to protect my name and my integrity, so I will take legal action if necessary.

‘It’s not the first time this has happened, I would’ve hoped that people would support the team before such an important match, but instead we are forced to talk about things that have nothing to do with it.

‘These are people with empty CVs who achieved nothing, but they will certainly not get extra attention off my name. They have always been small people and prove it day by day.’

The woman in question – Ana Cakic – also took to social media to dismiss the claims and instead insisted that she’d been caring for her son in hospital over the last month.

In response to a reporter’s tweet, Cakic wrote: ‘We’ve survived worse, believe me. Thanks to all the journalists who ignored me and didn’t publish anything about Tadija’s health condition, and the other people who think it’s best to attack a wounded lion got a little carried away, because the pack is defending it! Thank you!’ 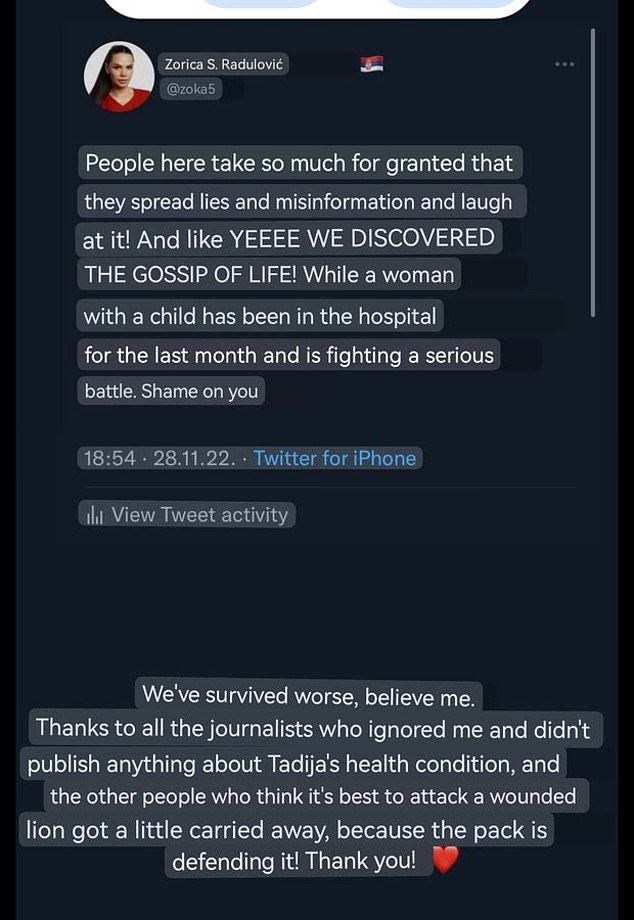 Cakic claimed that she had been caring for her ill son in recent weeks, via a social media post 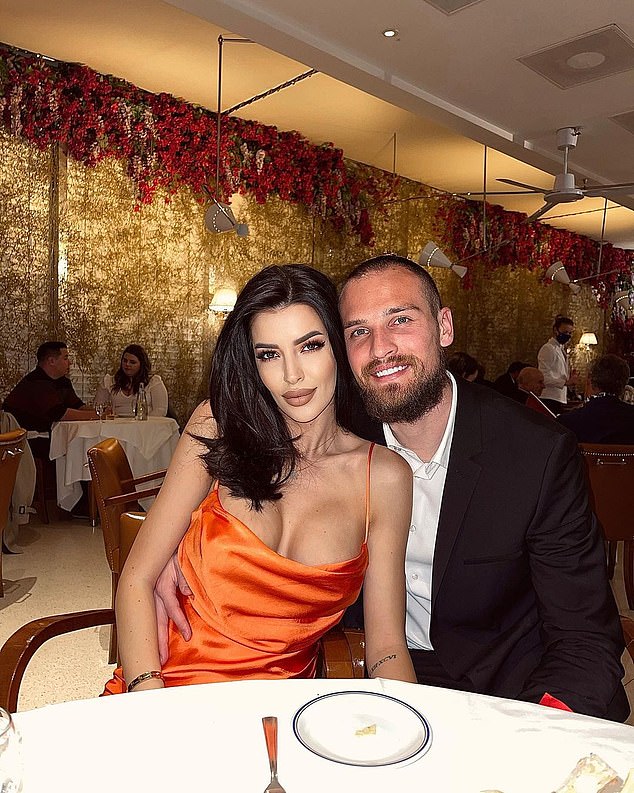 Cakic has long been in a relationship with Serbia and Mallorca goalkeeper Predrag Rajkovic and in August 2018, they got married. Together they have two children.

Meanwhile, Vlahovic’s dating life has been kept quiet through his meteoric rise in Italian football.

Later in the press conference, the forward suggested that he had been feeling unfit but now is ‘completely concentrated’ on helping the team.

He said: ‘I didn’t play because I was not ready enough, but I feel better now and am completely concentrated on the next match.’ 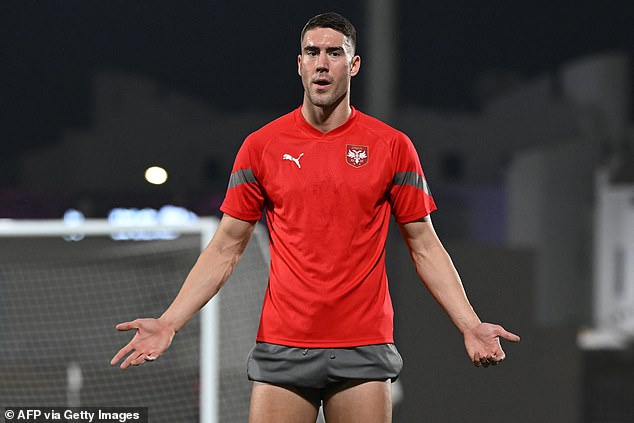 Despite registering six goals from 10 Serie A appearances in the first-half of the season, Vlahovic has been restricted to the bench for both of Serbia’s matches.

Fulham forward Aleksandar Mitrovic has instead been favoured and it paid dividends as the striker bagged during their 3-3 draw with Cameroon on Monday.

Meanwhile, Rajkovic – who had long been Serbia’s first-choice goalkeeper – has found himself replaced by Torino’s Vanja Milinkovic-Savic at this World Cup.

Vlahovic’s next opportunity – and potentially final one – to make an impact in this year’s World Cup will come on Friday when Serbia take on Switzerland. 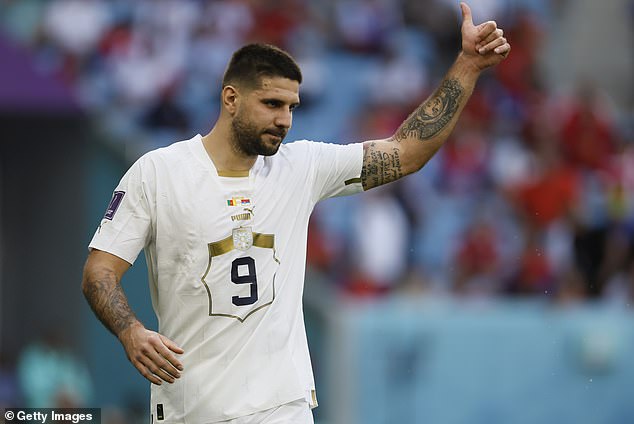