Dutch Prime Minister Mark Rutte was unable to visit his dying mother in her final weeks because he obeyed coronavirus restrictions against visiting care homes, his office said on Monday.

Rutte on Monday announced the death of 96-year-old Mieke Rutte-Dilling in a home in The Hague on May 13, nearly two months after the government shut all such institutions to the public on March 20.

The news about Rutte emerged as Britain was gripped by a political row over allegations that the top aide to premier Boris Johnson – Dominic Cummings – broke COVID-19 rules to travel cross-country to stay on his parents’ estate.

Pictured: Dutch Prime Minister Mark Rutte attends a news conference in February. It was announced today that he was unable to visit his dying mother in her final weeks as he obeyed the coronavirus restrictions on visiting care homes

‘The prime minister has complied with all directives’, Rutte’s spokesman told AFP when asked about reports that the premier had stuck to the rules and so not seen his mother before she died.

His mother did not die of coronavirus although there had earlier been an outbreak of the disease in the home where she was living, Dutch media reported.

Rutte earlier announced his mother’s death, saying that ‘in addition to the great sadness and all fond memories, my family and I also have a feeling of gratitude that we were allowed to have her with us for so long.’

‘We have now said goodbye to her in a family circle and hope to be able to deal with this great loss in peace in the near future,’ he added. 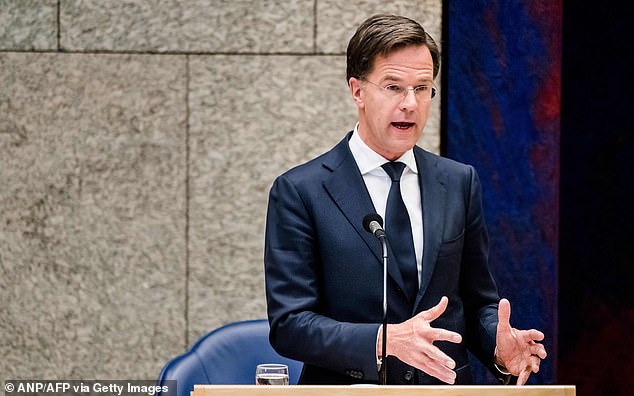 Mark Rutte’s mother did not die of coronavirus although there had earlier been an outbreak of the disease in the home where she was living, Dutch media reported

Dutch authorities allowed individual visits to some care homes from Monday, a measure that will be extended to all of them on June 15.

The Netherlands – which has imposed an ‘intelligent lockdown’ with less strict conditions than many other European countries – has so far recorded 5,830 coronavirus deaths and 45,445 infections.

Meanwhile, the UK government finds itself caught in a crisis after it emerged Dominic Cummings, senior advisory to 10 Downing Street and believed to be a key figure in establishing the country’s lockdown rules, has been accused of breaking the very rules he helped to set. 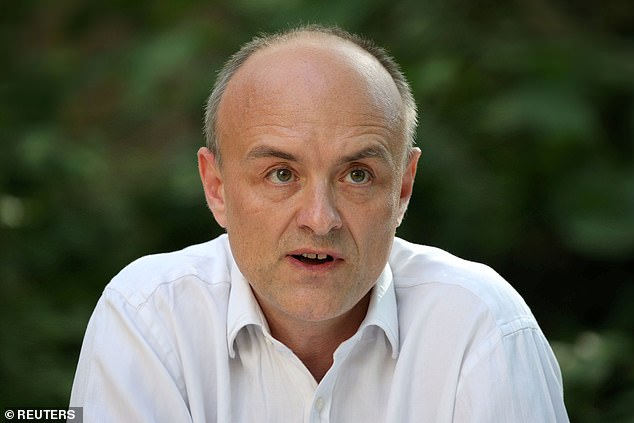 Pictured: Dominic Cummings, special advisor for Britain’s Prime Minister Boris Johnson, makes a statement at 10 Downing Street, in the wake of accusations he broke coronavirus restrictions he himself helped to draw up

As the home of the Prime Minister faced its own outbreak of the coronavirus, including Boris Johnson himself, Cummings took his wife and child from their home in London, and drove 260 miles north to Durham to stay in a guest house on his parent’s estate.

While there, he was also spotted in a local town – Barnard Castle – roughly 30 miles away from his parent’s home, suggesting he breached the rules a second time.

Cummings and his wife both had coronavirus themselves, and he claims he was doing this to ensure that childcare would be available if they both became incapacitated.

However, many have argued that while Cummings took it him upon himself to break his own rules, others followed them diligently, even as members of their family died alone, unable to see their loved ones.

While Cummings yesterday defended his actions, insisting that he did not break the rules and found himself in exceptional circumstances permitted in the rules with regards to childcare, the backlash against him has continued.

Today, Douglas Ross, a conservative MP and the government’s minister for Scotland, resigned from his post, citing Cummings’ actions.

Mr Ross, a qualified football referee who was previously best known for being criticised for missing a Commons vote to run the line in a Champions League game, said in his resignation letter: ‘I have constituents who didn’t get to say goodbye to loved ones; families who could not mourn together; people who didn’t visit sick relatives because they followed the guidance of the government.

‘I cannot in good faith tell them they were all wrong and one senior adviser to the government was right.’ 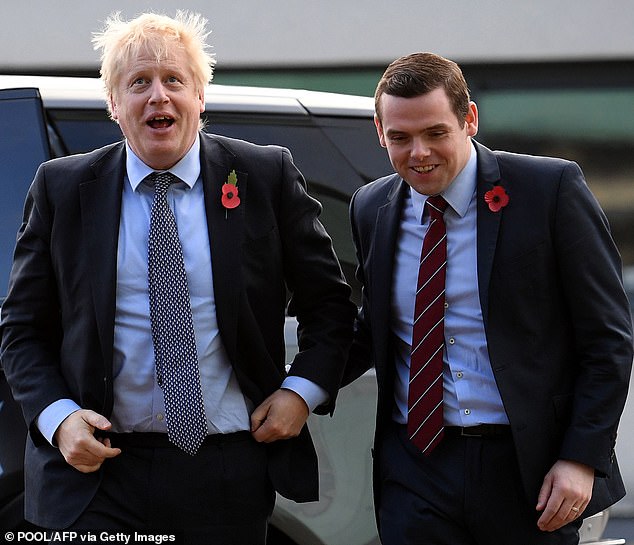 Ross’ resignation is not the only minister dissatisfied with Cummings’ actions. One senior minister told The Times: ‘My jaw continues to drop. He’s saying he’s so much more important than us plebs.

‘I think we’re in big trouble, we can’t campaign our way out of this. We’re losing trust and confidence, it’s draining away before our eyes. The fact he didn’t apologise speaks volumes.’

Some Tory MPs now fear the row could do lasting damage to the Conservative Party in the same way that the poll tax at the start of the 1990s and Black Wednesday in 1992 did.

More than 30 Conservative MPs have now come out publicly against Cummings’ actions, with over 20 indicating they wanted him to resign from his position.

Some, however, have also come to his defense. Long-time friend and colleague Michael Gove, Minister for the Cabinet Office, said he believed people are ‘sensible and reasonable’ and would recognise that Mr Cummings ‘didn’t break the law, he didn’t break the rules’.

‘I think the account he gave yesterday was exhaustive, it was detailed, it was verifiable. I think people will make their own mind up as they listened to Dominic’s account.

‘I think most people will understand he was under pressure, and sought to put the health of his wife and son first, and took care to ensure they as a family unit were not in danger of infecting other people.’ 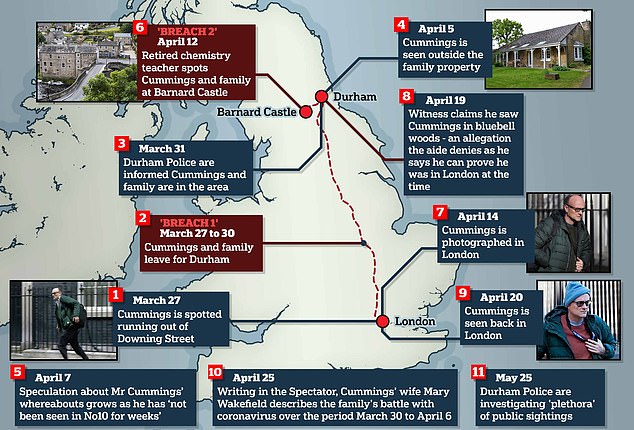 Boris Johnson’s approval rating has plummeted in the wake of the Dominic Cummings lockdown row, a new poll revealed today.

The Prime Minister had a net approval rating of 19 per cent on Friday before the news of his chief aide’s 260-mile journey to Durham.

But a poll by Sevanta ComRes today has Mr Johnson on -1 per cent after he and senior ministers leapt to Mr Cummings’ defence and refused to sack him.

The Prime Minister now has an approval rating of below that of opposition leader Sir Keir Starmer, and the ratings of other senior ministers including Dominic Raab and Matt Hancock have similarly tumbled.

And the row appears to have taken its toll on the Government as a whole, with a Friday approval rating of 20 per cent falling to 4 per cent yesterday.

The figures suggest that Government attempts to dismiss the furore as a Westminster Bubble obsession of no interest to the public may be wide of the mark.