She is currently on a three day royal visit to Luxembourg with her husband King Willem-Alexander.

And Queen Maxima of the Netherlands, 47, made sure she was flying the flag for Dutch style when the couple joined the country’s Grand Duke and Grand Duchess on a visit to an historic blast furnace in the city of Belval on Thursday.

Maxima accessorised her cream trousers and champagne jacket with a statement gold headband for the trip with Grand Duke Henri and Grand Duchess Maria-Teresa.

Queen Maxima of the Netherlands, 47, looked striking in a champagne-coloured suit in Luxembourg 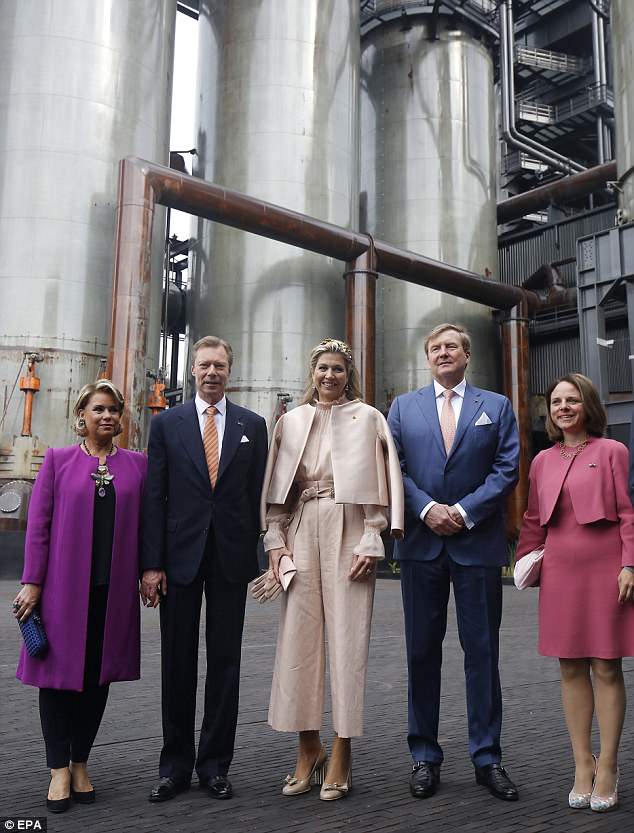 Maxima and her husband King Willem-Alexander, 51, are currently on a three day visit to the country

Maxima wore a blouse with frilled sleeves with high waisted trousers in the same shade, and a champagne coloured jacket draped over her shoulders.

She added nude heels with a block heel and embellished with bows.

Maxima and King Willem-Alexander were given a tour of the industrial city by their royal hosts, along with the Minister of Family and Integration, Corinne Cahen.

Maxima looked animated as she took in the sights during the tour. 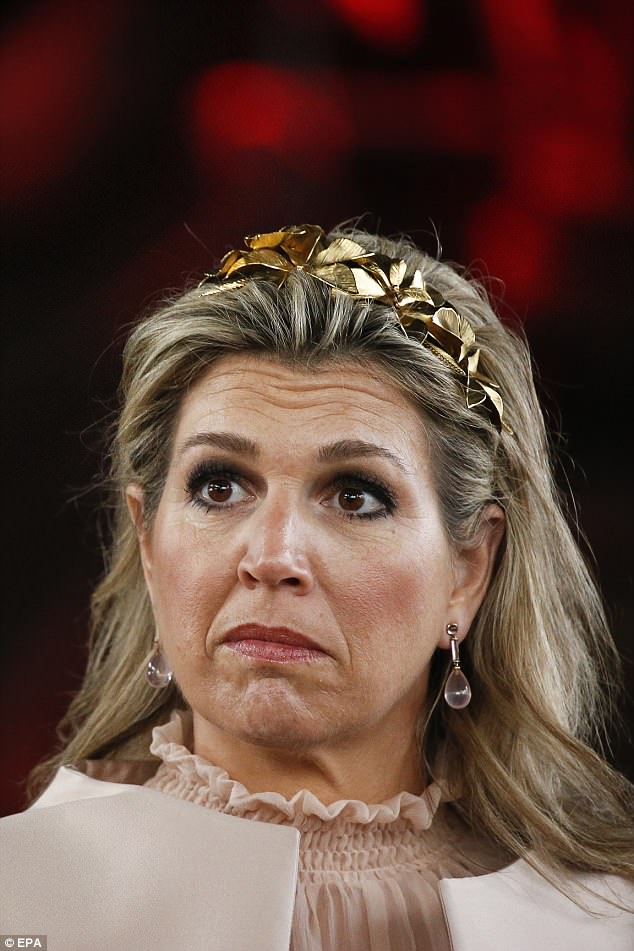 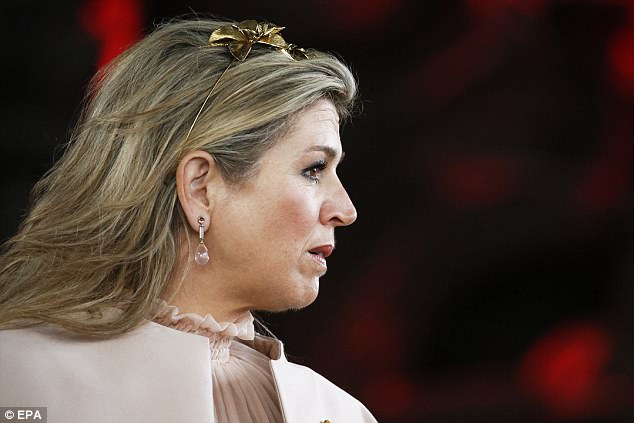 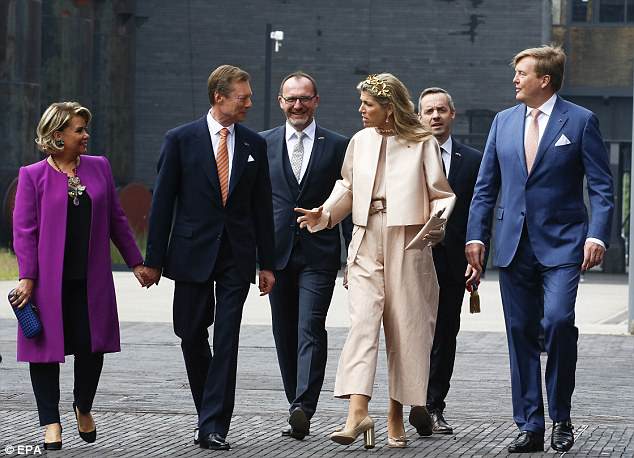 The couple were having a tour of Belval, which is known as the ‘city of Science and blast furnace’ 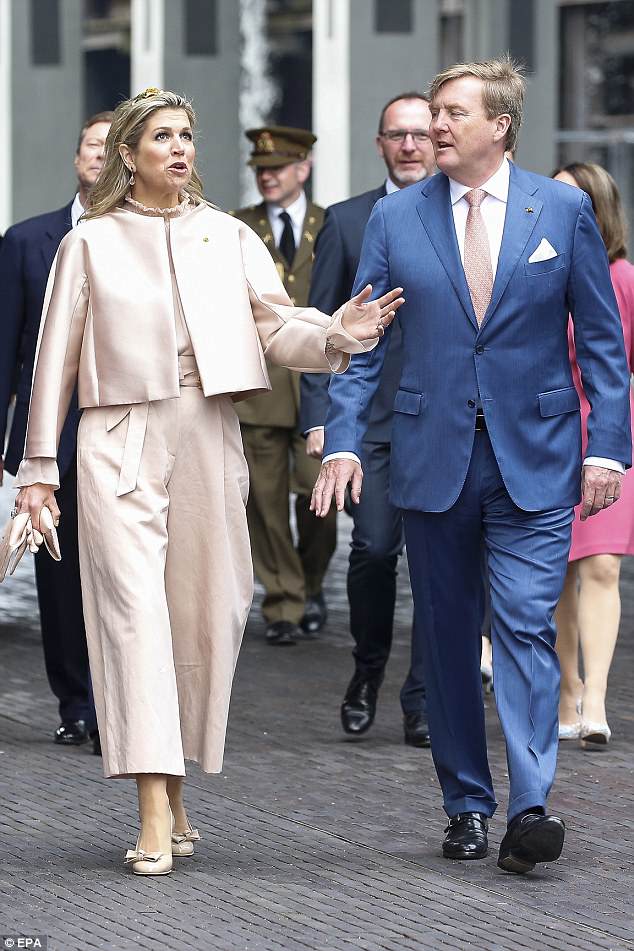 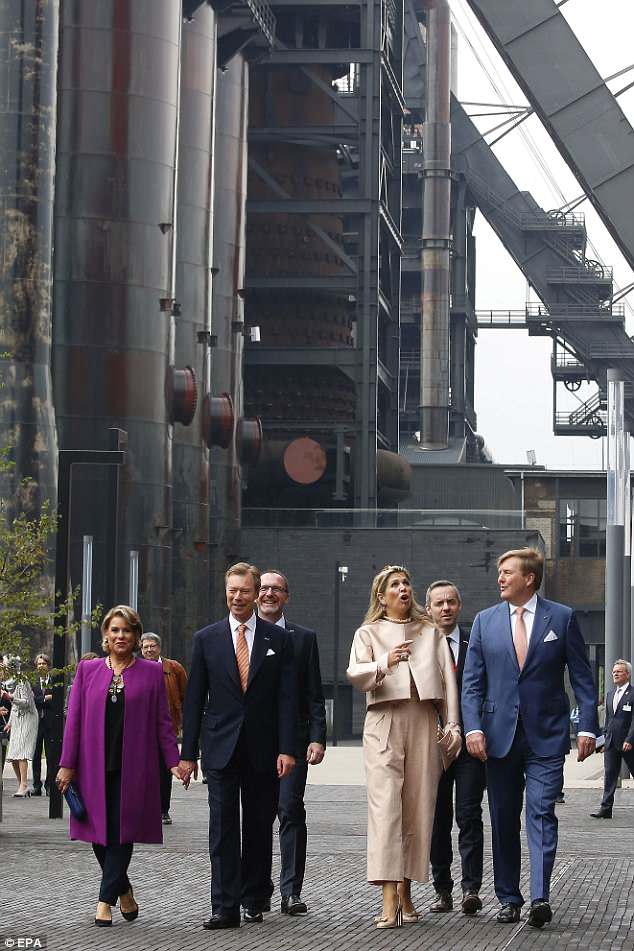 Dressed in a show-stopping gown, she put on a stunning display at the Grand Ducal Palace.

She donned a jaw-dropping tiara festooned with diamonds to match her earrings and brooch, which she teamed with the canary-yellow frock.

And vying for the limelight was Grand Duchess Maria Teresa, who plumped for a powder pink gown with an embellished bodice. 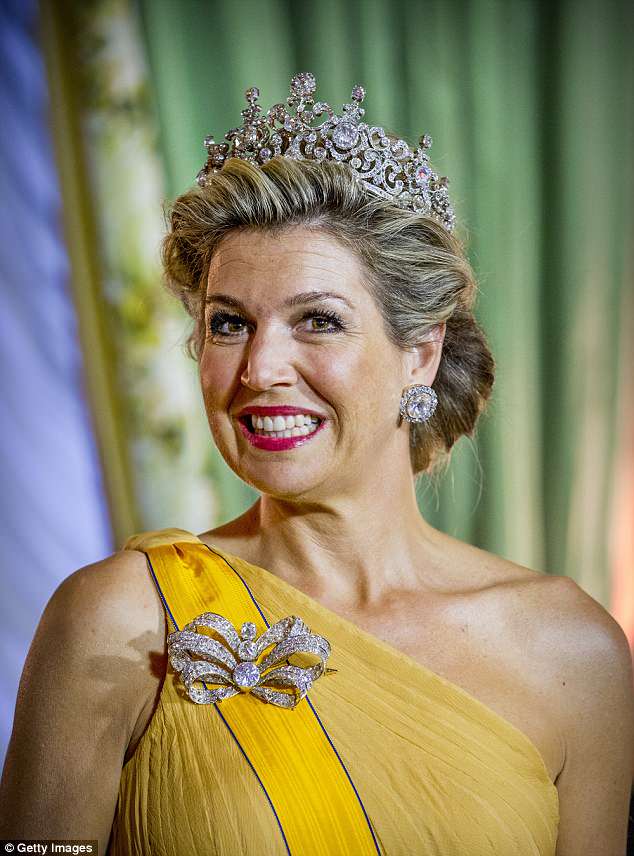 Yesterday the glamorous Dutch royal stunned in a jaw-dropping tiara festooned with diamonds to match her earrings and brooch, which she teamed with a bright yellow gown 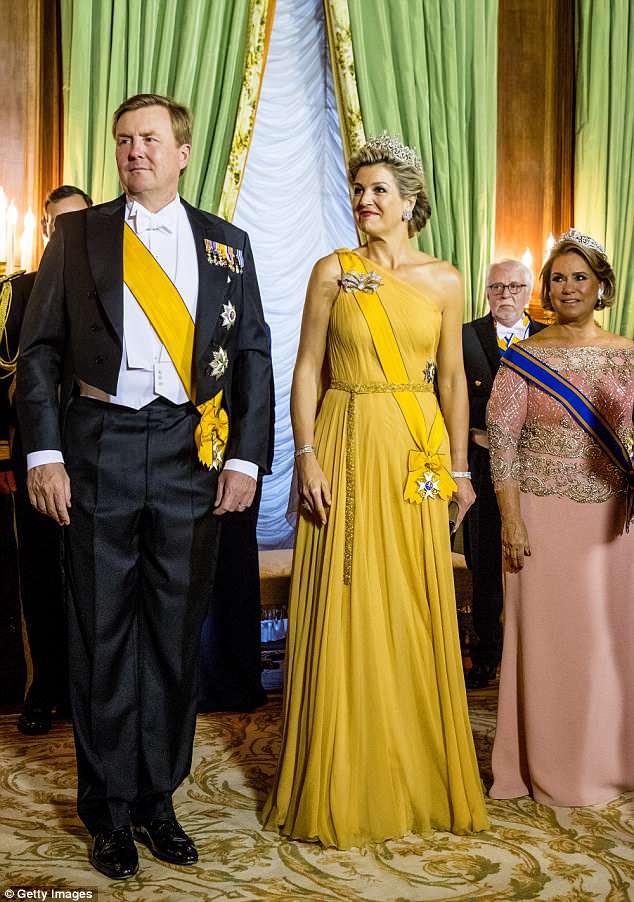