Philippines President Rodrigo Duterte has mocked the ISIS recruitment method which promises would be jihadists virgins in heaven if they die for Islam.

The south-east Asian nation saw an ISIS-affiliated group seize the southern city of Marawi for five months last year before they were defeated by the army.

Speaking on a trip to India the tough-talking Duterte spoke of the ’42 virgins’, referring to the concept in Islam that refers to 72 virgins as being an aspect of paradise.

‘It’s an ideology that is totally bankrupt, totally empty and the only objectives there are to kill and destroy for nothing, for no reason at all,’ Duterte said, Manila Bulletin reported.

‘And the come-on is that if you die a martyr, you go to heaven with 42 virgins waiting for you. Well, if I could just make it a come-on also for those who would like to go to my country.

‘And I said one of the most is promising virgins when you go to heaven. I’d like to have the virgins here not in heaven. God may not allow it.’

In October last year Marawi was liberated from pro-ISIS militants after a 148 day occupation by them. 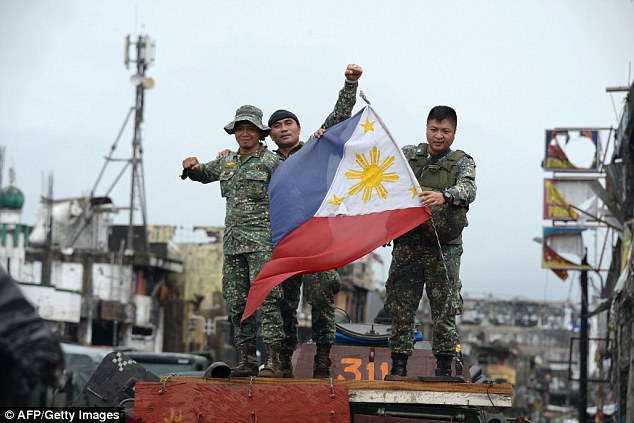 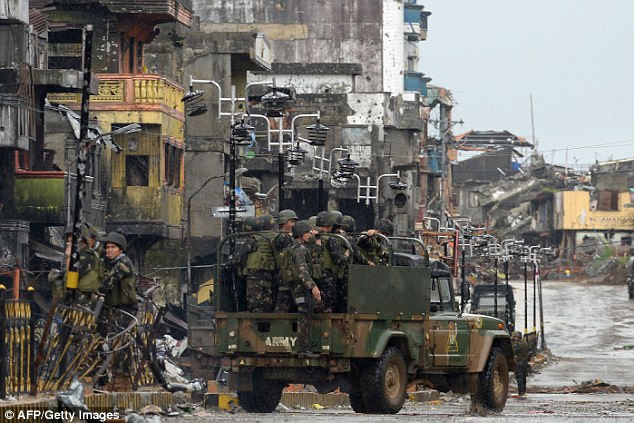 Gunmen occupied parts of the main Islamic city in the predominantly Catholic Philippines on May 23, following a foiled attempt by security forces to arrest their leader Isnilon Hapilon.

Hundreds of foreign and local fighters had laid a partial siege to the city, captured hostages, torched government buildings and patrolled the streets waving ISIS flags.

The siege resulted in the death of 1,189 people including Hapilon, who had declared himself the Emir of ISIS in the Southeast Asian region.

The occupation by the Islamic State loyalists marked the country’s biggest internal security crisis in years.

Experts say the government has for years underestimated the extent to which extremism has taken root in impoverished and underdeveloped Muslim areas of the Catholic-majority Philippines.