Basketball star Dwayne Wade was almost at a loss for words when talking about Parkland school shooting victim Joaquin Oliver being buried in his No. 3 Miami Heat jersey.

Oliver, who was among 17 people killed in the shooting at Marjory Stoneman Douglas High School two weeks ago, was buried on Feb. 17. His family had moved from Venezuela to Florida when he was 3-years-old.

In an interview on Univision, his parents said they buried their 17-year-old son in Wade’s Miami Heat jersey.

‘You really can’t put that in words,’ Wade told reporters after practice Monday. 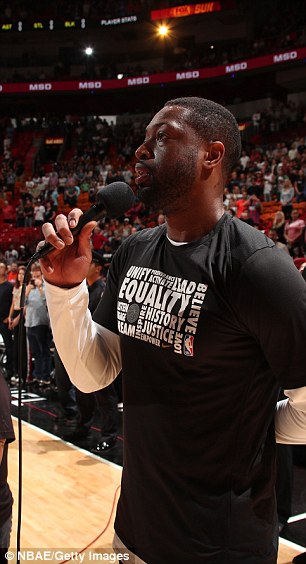 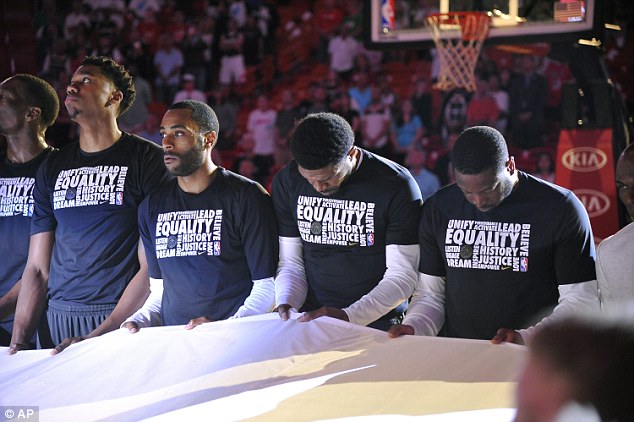 Miami Heat’s Udonis Haslem and Dwyane Wade, right, bow their heads in a moment of silence as a large banner in memory of the victims of the Marjory Stoneman Douglas High School shooting is unfurled before an NBA basketball game in Miami on Saturday

He learned about the news of Oliver’s burial arrangements on Sunday.

‘You hurt for the family and if you’re able to get an opportunity to speak to them, you just try to hope that the time where he was alive, that you were able to bring some form of joy to his life and something memorable, a story that you guys can talk about.

‘I don’t even know the word for it. Like I retweeted on Twitter, I said, ”You’re going to make me cry.” It’s emotional even thinking about that, that his parents felt that burying him in my jersey is something that he wanted. I take a lot of pride in what I’ve done in this state and what I’ve meant for the youth, so I appreciate that,’ he said according to the New York Post.

Wade had just returned to Miami after starting the season with his former Heat teammate Lebron James in Cleveland. He was just six days into his return to the Heat when the shooting tore apart the Parkland community.

Wade took to Twitter Monday and dedicated the rest of his Heat season to Oliver.

‘It’s way BIGGER than basketball. We are the voices for the people that don’t get to be heard. Joaquin Oliver may you Rest In Peace and I dedicate my return and the rest of this Miami Heat season to you,’ Wade wrote.

He also took on recent comments by Fox News host Laura Ingraham’s dig at James’ criticisms of President Trump when she said he should keep political comments to himself and ‘shut up and dribble.’ 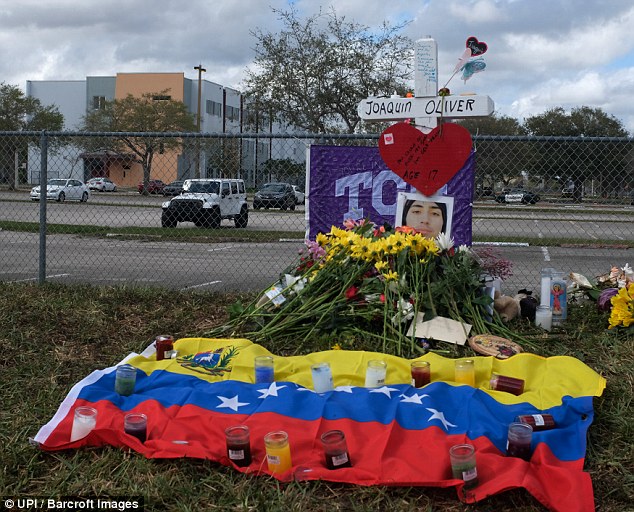 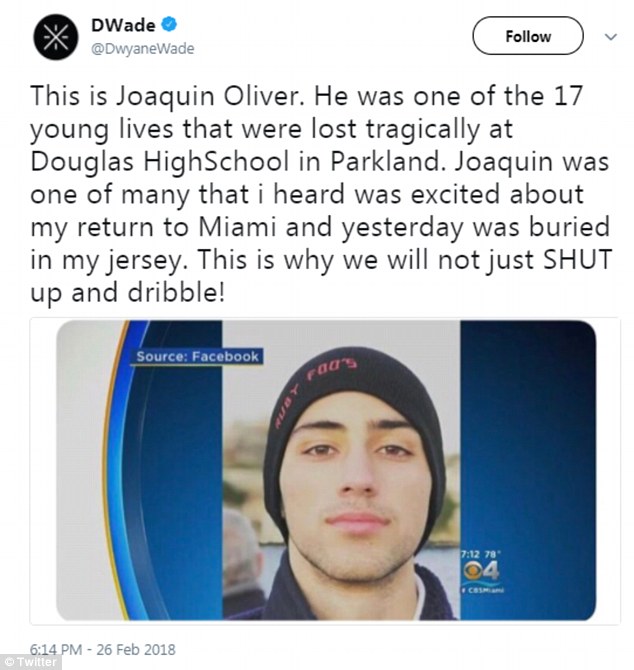 ‘Joaquin was one of many that I heard was excited about my return to Miami and yesterday was buried in my jersey,’ Wade wrote in a post attached to a photo of Oliver on the news. ‘This is why we will not just SHUT up and dribble!’

Wade pledged on Saturday to keep the discourse on stricter gun laws in the public discourse, when he spoke to a crowd before Heat’s game as both teams held a Stoneman Douglas banner.

Wade said one of the goals is to ‘make sure that [the students’] voices are heard around gun safety.’