Dwyane Wade and Gabrielle Union have put their six-bedroom Florida property up for sale at $32.5million – three times the price the retired professional basketball player purchased it for nine years ago.

Wade bought the nine-bathroom mansion, situated on the northern tip of Miami Beach, for $10,645,000 in 2010 but since then has renovated with basketball court to keep him active, a state-of-the-art home cinema to watch his wife on the big screen, and an entire room dedicated to wine.

On the market: Dwyane Wade and Gabrielle Union put their northern Miami Beach, Florida property up for sale at $32.5million 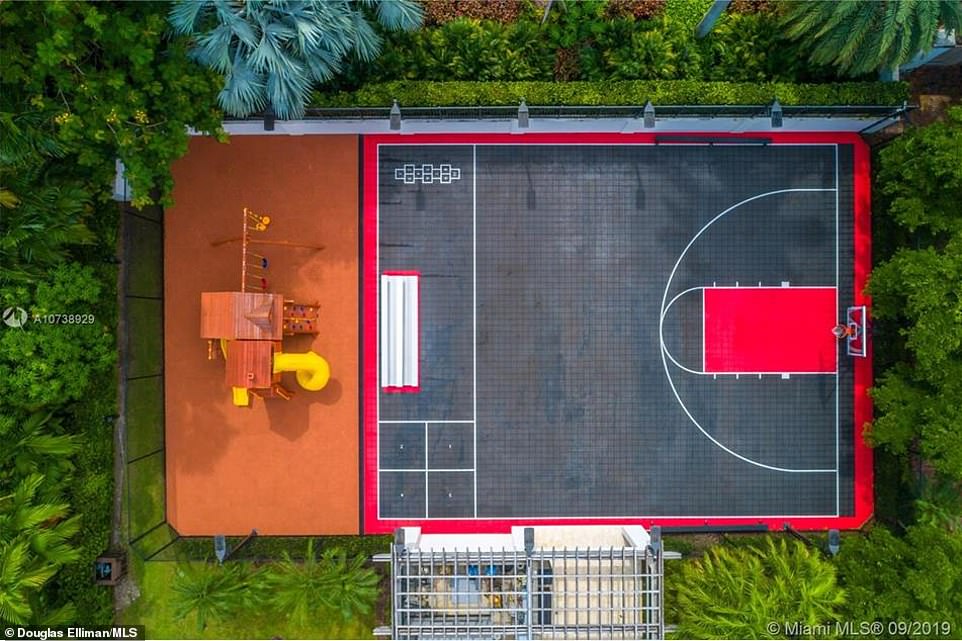 Having a ball: The pad was purchased by the former NBA player in 2010 and has been renovated to include a basketball court 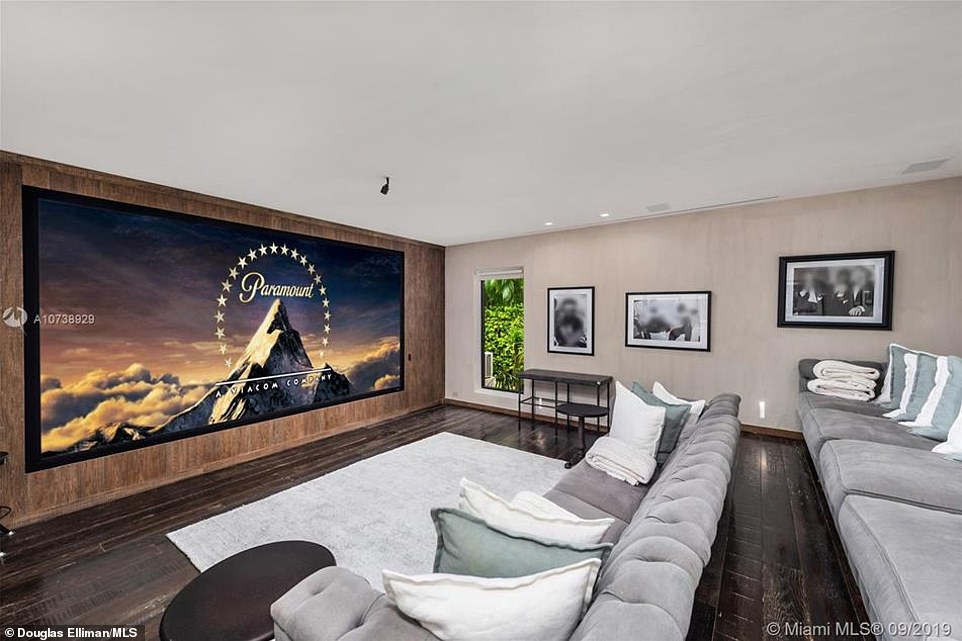 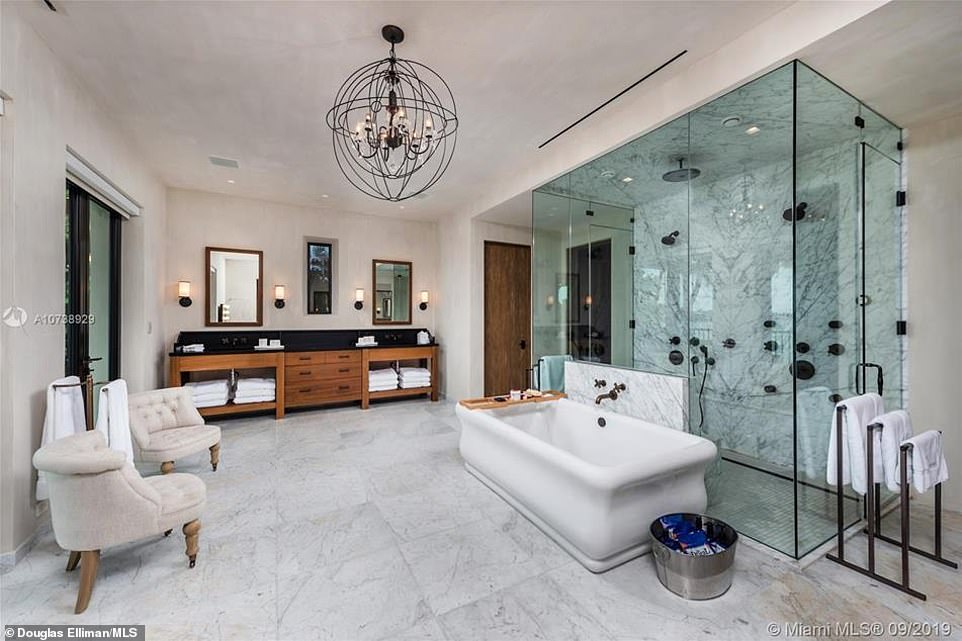 Hit the showers: The home has nine baths and two half baths. A two-person rainforest shower is seen behind a deep tub

A listing from Douglas Elliman states there are ‘multiple formal and informal living areas’ throughout the legacy property.

Before Wade married the America’s Got Talent Panelist, the massive pad was shared with his son Zaire – from a past relationship – who has followed in his footsteps to play high school basketball at Sierra Canyon School in Los Angeles with the son of LeBron James.

All five bedrooms have en-suite bathrooms, and there’s an elevator to get around the three-story home.

But it may not be considered as plush as the estate on the southeastern coast which ‘boasts sunset views from every room’. 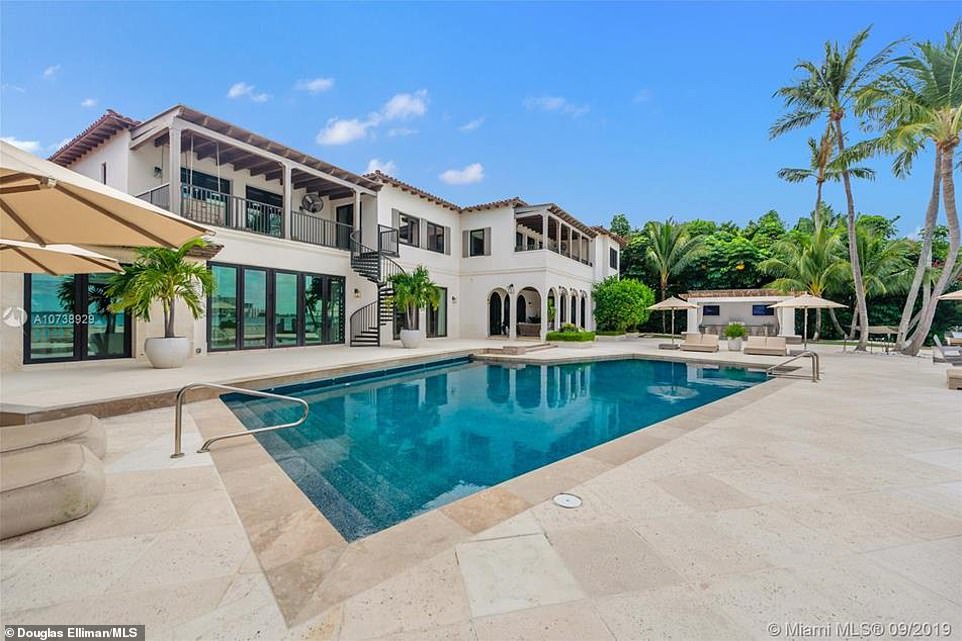 The new owner will be able to take a dip here in the pool, surrounded by a cabana and loungers with palms providing shade 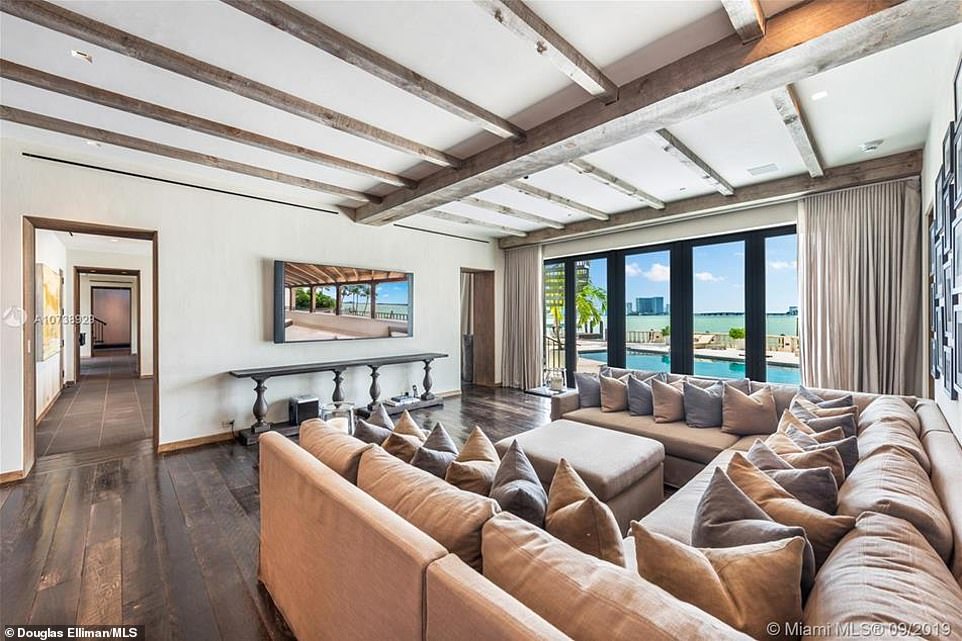 Always a window seat: According to a Douglas Elliman listing, the huge home provides sunset views from every room 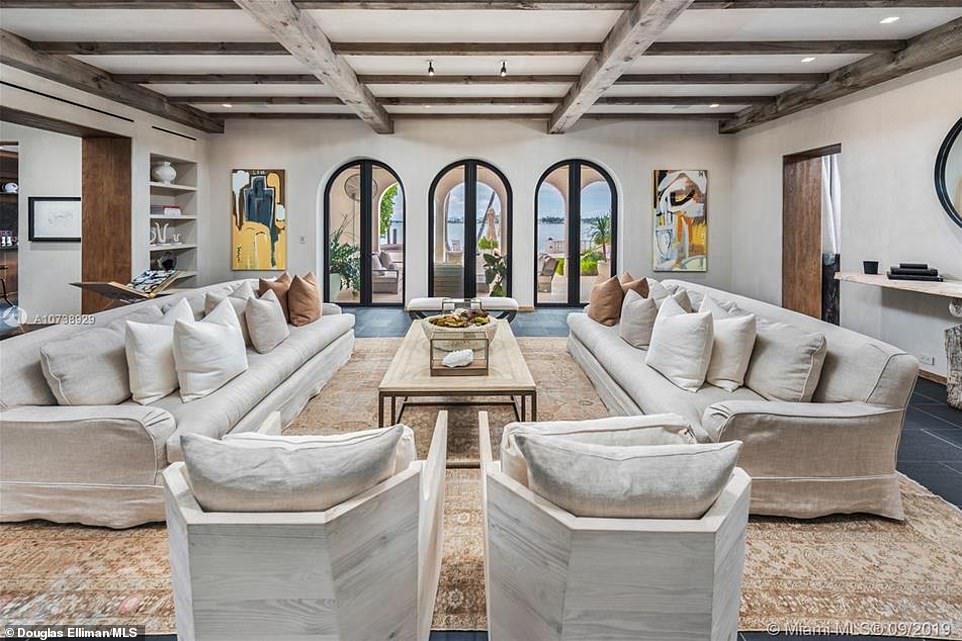 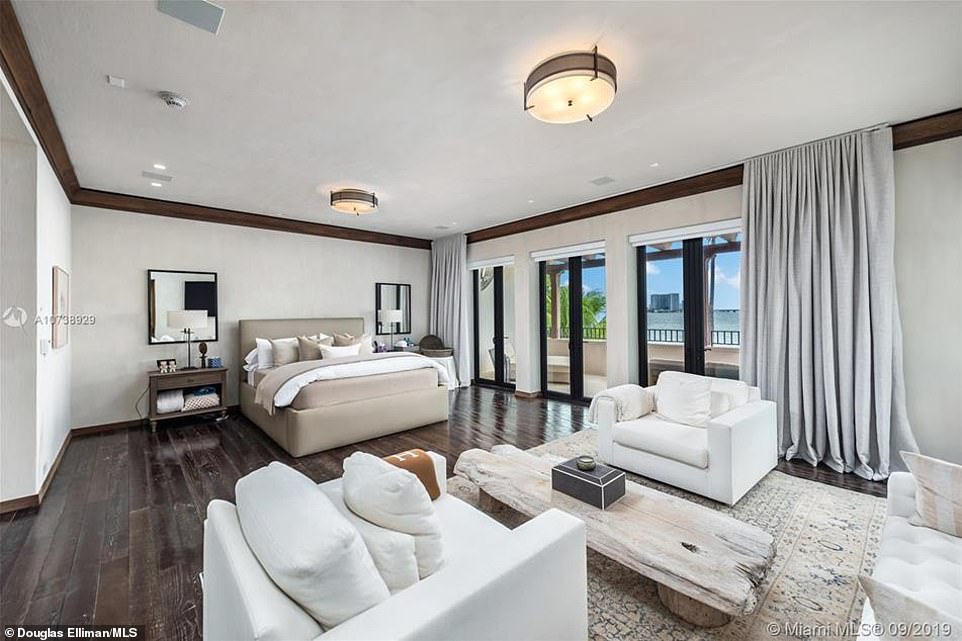 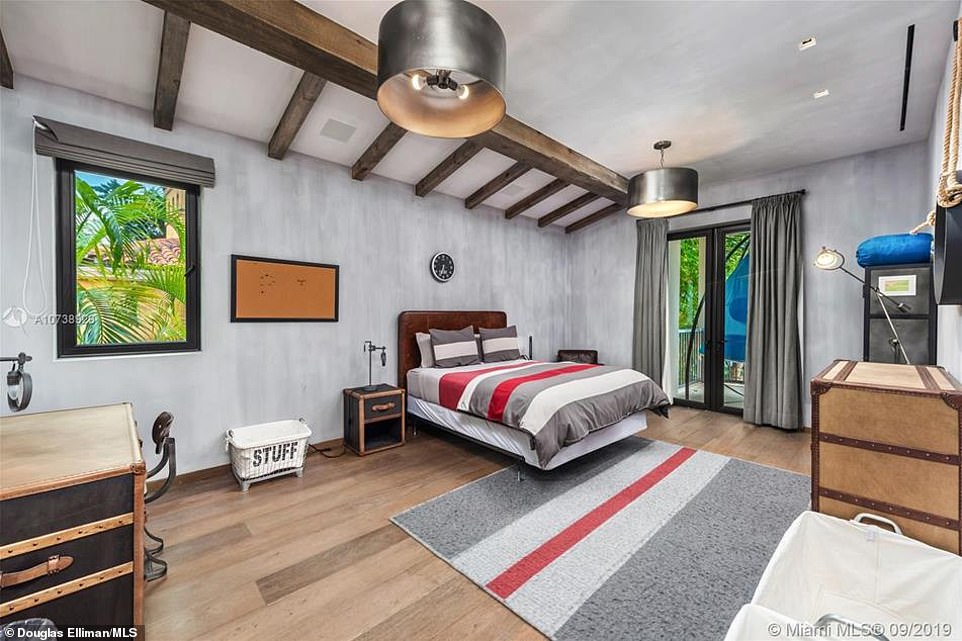 Ideal for children: The famous faces lived in the mansion with Wade’s son from a former relationship and their young daughter 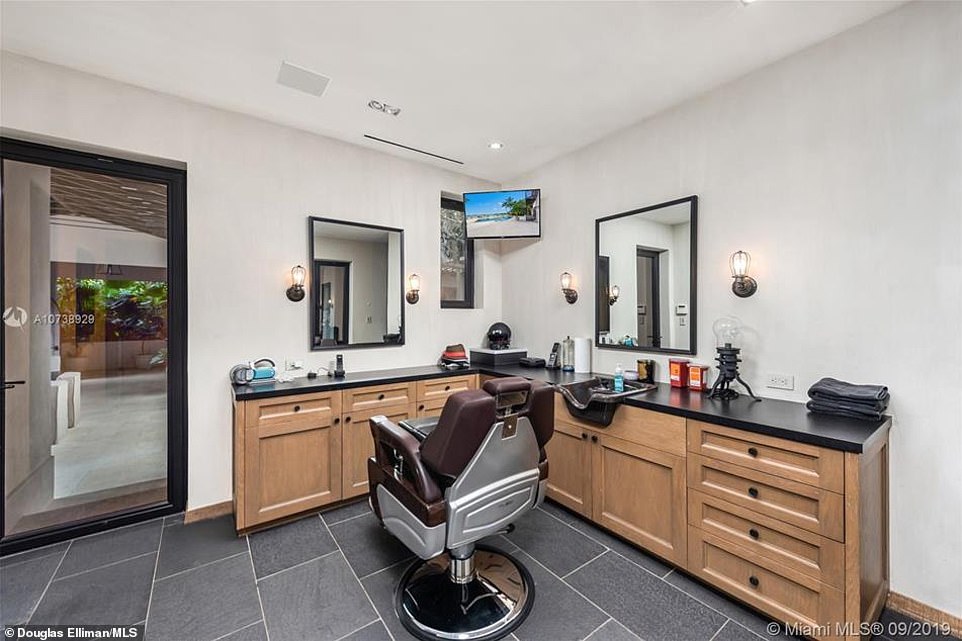 Barber shop: One room shows a station perfect for grooming, with amenities lining the counter tops

The listing adds that no detail or amenity has been overlooked at the place where the ex-Miami Heat star called home for nine years.

Pictures show a chef-caliber kitchen with sleek wooden furnishings indoors, while the new owner will also be able to whip up a feast outdoors with a view of the Biscayne Bay. 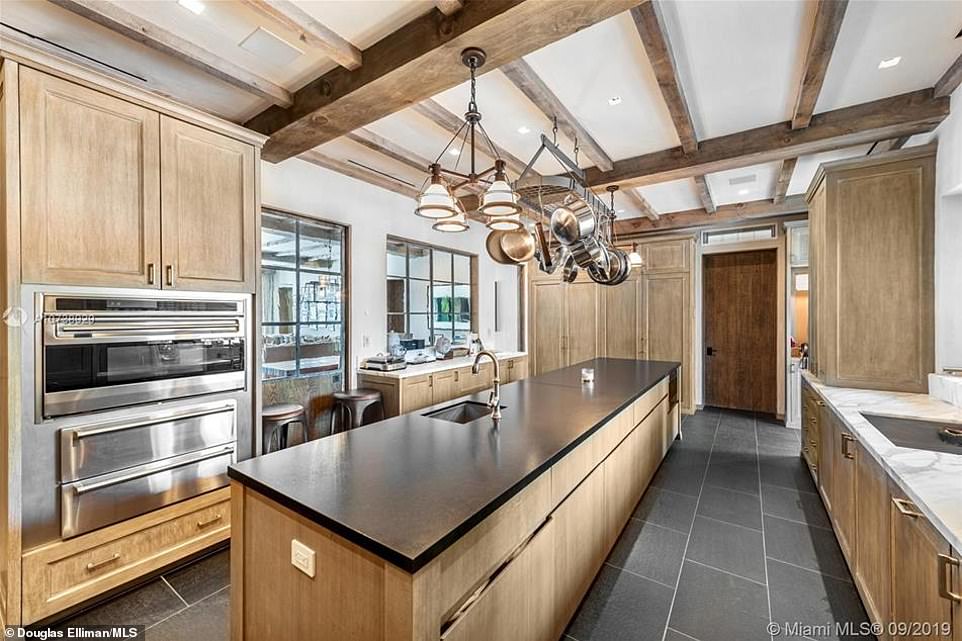 What’s cooking? The listing states that the interior of the home boasts a chef-caliber kitchen 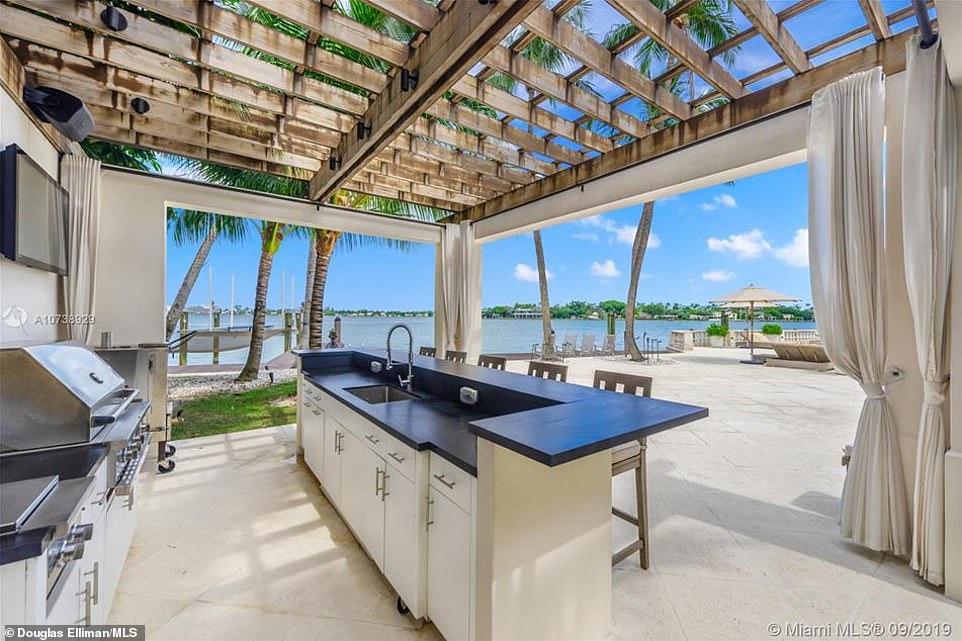 But the new owner will also be able to whip up a feast outside, with a wonderful view of the Biscayne Bay, in this kitchen 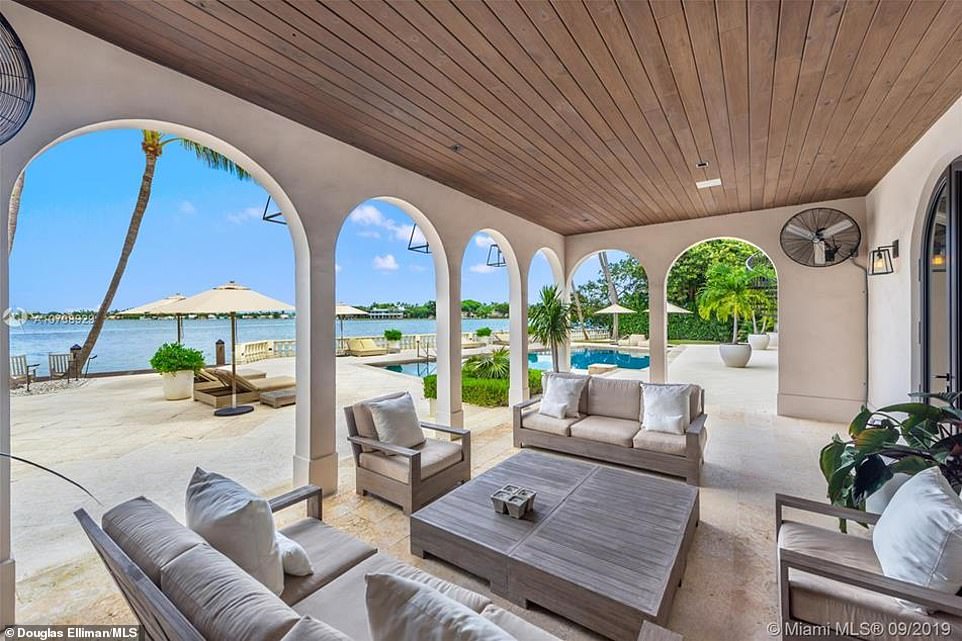 Miami Heat: The former basketball player’s home has a covered outdoor lounge area with fans to help with cooling

Surrounded by palm trees and plenty of plants on the manicured one acre, famous faces like Wade and Union need not worry about being spotted cooking in the exterior kitchen or lounging outside by the water.

There’s no doubt the former Miami Heat player and his Being Mary Jane star wife enjoyed plenty of dips in the outdoor pool, sunbathed in the cabana and took advantage of light flooding inside through huge doors, without prying eyes getting a look in.

But a lot has changed recently with Wade retiring in April and the couple welcoming their daughter Kaavia 10 months ago.

The LA property was purchased for a more modest $6million. 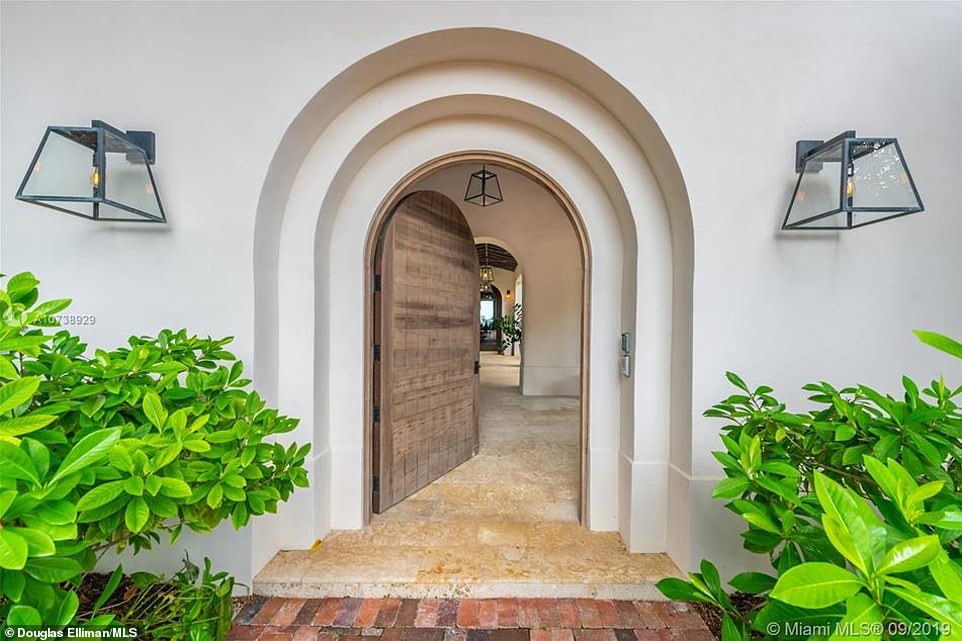 Welcome to the Wades: The family home just seems to go on and on as seen from this open-door view through the hallways 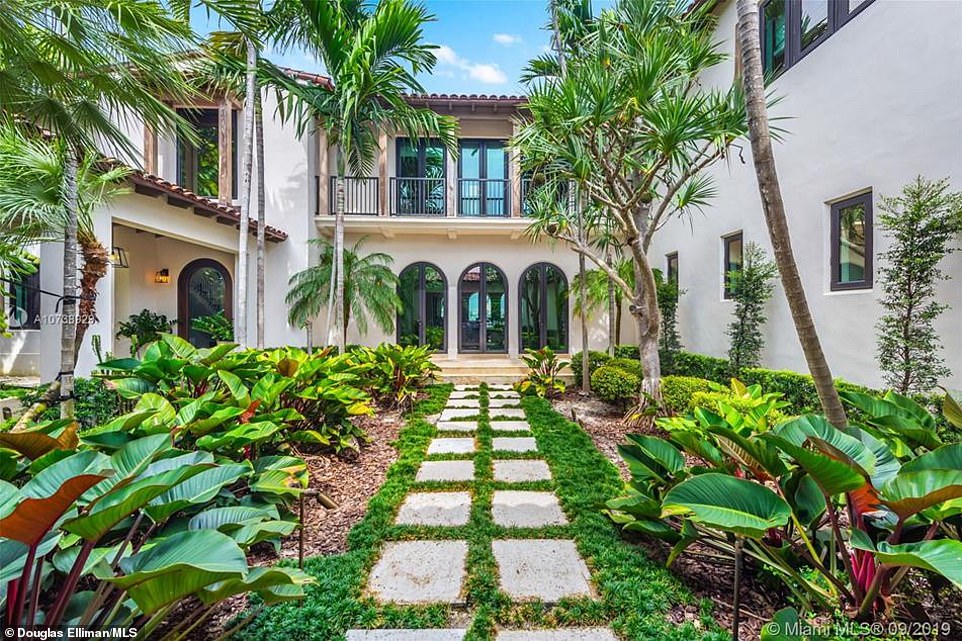 Green: Plants and trees surround the two-story home, as seen here from the exterior, which also features balconies 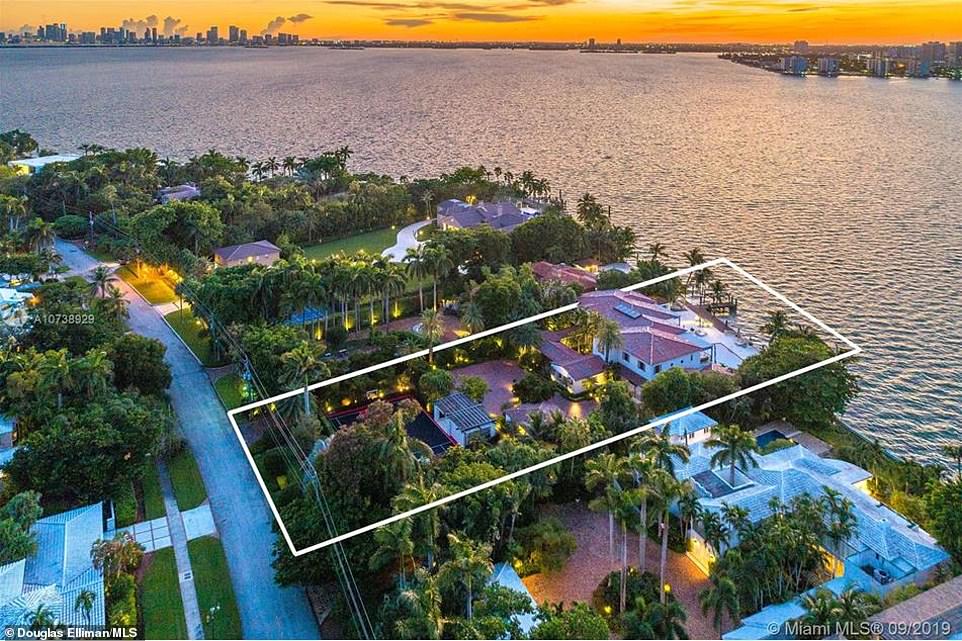