With Manchester United’s qualification to the knockout stages of the Europa League secured already, Ole Gunnar Solskjaer handed his young guns the chance to shine away at Astana on Thursday.

Remarkably, seven of United’s starting XI in Kazakhstan against Astana were born after the club’s historic Champions League final triumph over Bayern Munich back in 1999.

Here, Sportsmail assesses the United debutants in action, plus James Garner, during their shock 2-1 defeat at the Astana Arena…

Laird showed real bravery and energy going forward and created a brilliant chance early on for Jesse Lingard after overlapping Tahith Chong on the right before dragging the ball back to the England international, who couldn’t convert.

And as United came under increasing pressure during the second half, Laird continued to provide a welcome outlet down the right flank for the Red Devils by taking risks.

The 18-year-old could have got out to his opponent winger quicker on occasions but over time, he will learn. Overall, a very solid debut – we will learn more over the coming months. 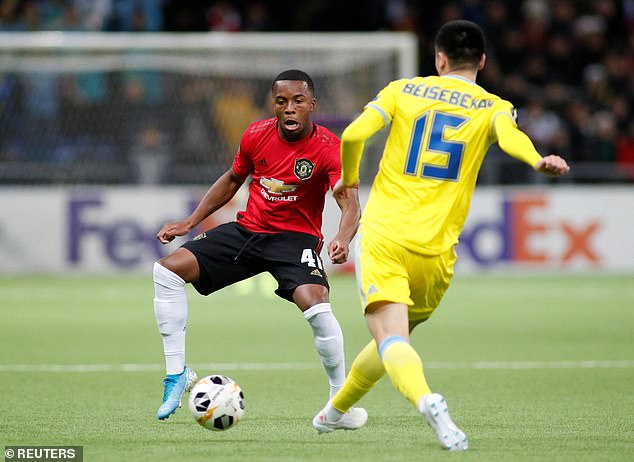 Bernard scored a very unfortunate own-goal as Astana turned the game on its head to make it 2-1 in the 62nd minute.

After United were caught sleeping down the left, the teenager was left to deal with the danger but he inadvertently put into his own net after Antonio Rukavina smashed the ball across the box.

The second half proved a tricky ordeal for the 18-year-old alongside Axel Tuanzebe but in the opening period, he showed no signs of nerves, had good positioning and looked tidy on the ball. 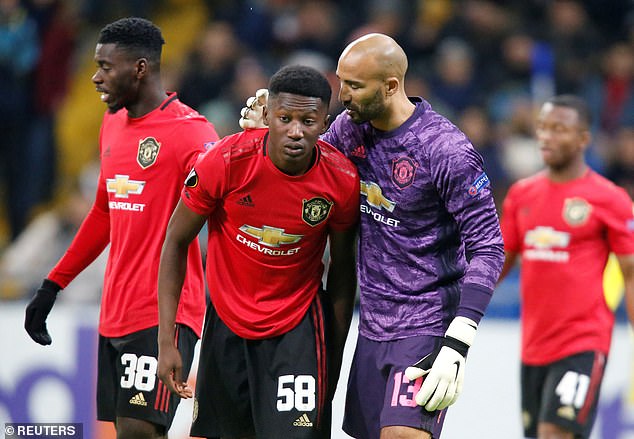 The 19-year-old looked accomplished on the ball from the off in the midfield pivot with fellow youngster Garner – with the pair controlling the tempo in the first half as United went ahead through a deflected Lingard effort.

Levitt, who is very highly rated within the Old Trafford set-up, was very composed on the ball, showing great touch and movement to glide across the pitch. Failed to influence play much in the second half but he will be hoping to follow in the path of Scott McTominay.

Levitt picked up a yellow card just before the hour mark for a challenge on Astana’s Abzal Beysebekov, but it was a very harsh decision from the referee. 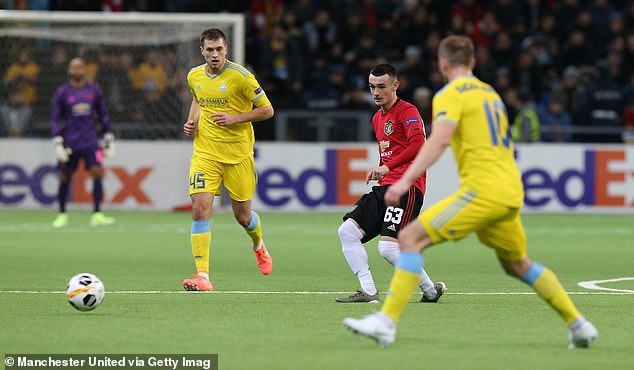 Dylan Levitt looked very composed in the middle of the pitch, especially in the first half

Garner was the most experienced out of the four youngsters on display from the start, having featured twice in the Europa League already this season.

And Garner showed signs of maturity in Astana on Thursday with plenty of United’s build-up play coming through the 18-year-old, who never looked to force the issue.

However, just like with Levitt, he failed to impact proceedings in the second half as the hosts started to find confidence and rhythm. The pair needed to take a few more risks in the closing stages. 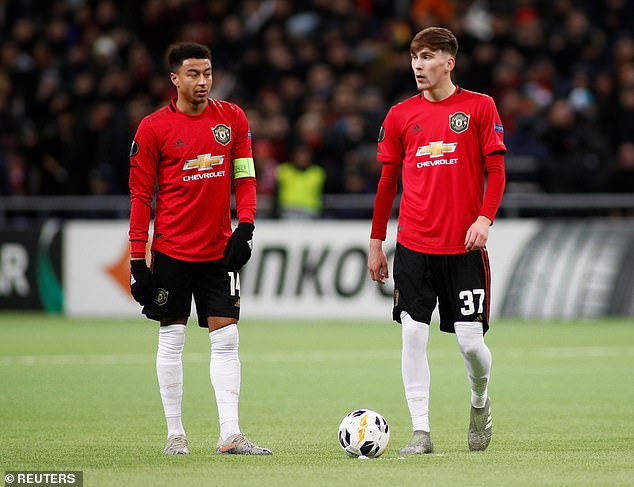 Bughail-Mellor replaced Tahith Chong, who missed an absolute sitter to make it 2-0 to United, in the 64th minute. Struggled to get at the Astana defence when he came on for the Premier League outfit.

Not enough time to help earn a last-gasp equaliser.