A property investment firm owned by one of Britain’s richest families if facing a hefty fine after a builder was exposed to asbestos while working on a Grade II listed building.

It is owned by Earl Cadogan – whose has a net worth of £5.53billion, according to Forbes.

Prosecutor Harry Vann, said: ‘The initial uncontrolled release took place in the summer of 2015 in Studio 6.

‘Waughman Limited subcontracted this work and a man unwittingly broke into asbestos material which put others at risk.’

But the worker who was exposed to the material has ‘so far shown no signs of illness’, Westminster Magistrates’ Court heard.

Cadogan Estates are waiting for their expert to assess the risk, in the type of asbestos and the number of people who may have been exposed when the material was ‘put in a bag and moved elsewhere.’

District Judge Elizabeth Roscoe, said: ‘It is not simply a fall or something that is very easy to see, there are issues and there are concerns with asbestos because of the way it goes through the atmosphere.

‘It does need some opportunity for the defendant to have that input.’ 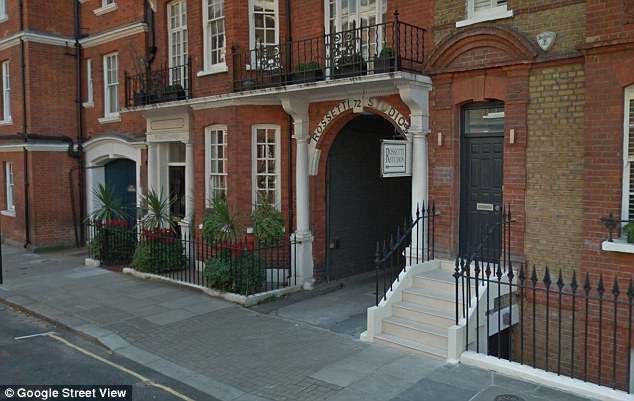 Cadogan Estates admitted failing to manage the risk of the deadly substance at Rosetti Studios (pictured) in Flood Street, Chelsea

Charles Cadogan, whose fortune is based in 93 acres of property in Kensington and Chelsea, turns over £150 million a year from his land.

Cadogan Estates and E&J Waughman Limited, an electrical installations company, both admitted failing to ensure or carry out an assessment into the presence of asbestos in the building.

E&J Waughman, whose owner Edward Waughman appeared in court, admitted a further charge of failing to ensure health and safety of an employee.

Sentence was adjourned until June 13, so Cadogan Estates can serve an expert report.