University of Leeds experts analysed rocks from South Africa that were deposited in the ocean at the time of the Great Oxidation Event more than two billion years ago.

This event fundamentally changed Earth’s environment and habitability and was the first time oxygen was significantly present in the planet’s atmosphere.

The Great Oxidation Event was a pivotal period in Earth’s history, and an international team now claim this period started 2.3 billion years ago, rather than 2.4 billion.

Study authors also say it should be called the Great Oxidation Episode as it ushered in a 1.5 billion year period of climate and environmental stability allowing life form and resulting in multiple long-term ‘snowball Earth’ periods.

The Great Oxidation Event happened about 2.3 billion years ago.

It was a time when the Earth’s atmosphere and shallow ocean first experienced a rise in oxygen.

This resulted in dramatic chemical changes to the planet that changed it from a reducing atmosphere to an oxidising atmosphere.

This resulted in many early species to die out, but the later allowed multicellular life to form.

The oxygen that spread was produced by cyanobacteria that obtained energy through photosynthesis.

They say this 100 year difference also helps explain some of the most extreme climate episodes to have affected the Earth.

This includes ‘snowball Earth’ when the planet was repeatedly covered with ice.

Although the Great Oxidation Event led to oxygen levels much lower than today, it dramatically changed the chemical composition of the planet’s surface.

It also set the stage for the subsequent course of biological evolution on Earth, which ultimately led to a planet teaming with plant and animal life.

Analysing rocks from South Africa, deposited in the ocean at the time of the event, allowed researchers to discover that early atmospheric oxygenation was short-lived.

They also found that oxygen did not become a permanent feature of the atmosphere until much later in the evolution of our planet.

Simon Poulton, of Leeds’ School of Earth and Environment, who led the research, said this event ‘fundamentally changed Earth’s environment and habitability.’

‘This early period of oxygenation was thought to have occurred between about 2.43 and 2.32 billion years ago,’ he explained.

‘However, our research shows that, in fact, oxygenation of the atmosphere was highly unstable over a period of about 200 million years. 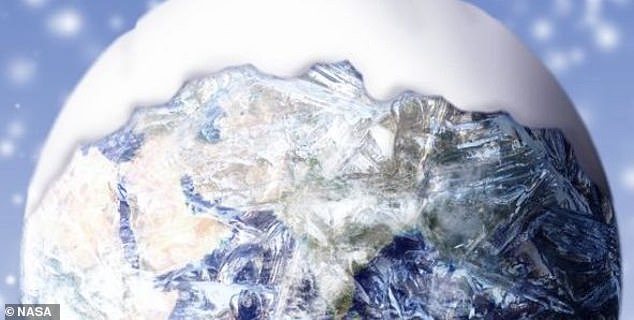 Study authors also say it should be called the Great Oxidation Episode as it ushered in a 1.5 billion year period of climate and environmental stability allowing life form and resulting in multiple long-term ‘snowball Earth’ periods

The rise of atmospheric oxygen fundamentally changed the chemistry of surface environments and the nature of Earth’s habitability.

These were linked to the initial rise of oxygen concentration to above 10−5 of the present atmospheric level.

This happened about 2.32 billion years ago, according to study authors.

This ‘represents the estimated timing of irreversible oxygenation of the atmosphere’ rather than simply when it began and could still be reversed.

These events coincided with the Great Oxidation Event and some were likely to have covered the entire Earth in ice for millions of years.

‘Our new data show that the permanent rise of oxygen actually occurred after the final major glaciation of the period and not before it,’ Bekker explained

This ‘had previously been a major puzzle in our understanding of links between early atmospheric oxygenation and intense climatic instability.’

The research team has re-labelled this period the Great Oxidation Episode.

It ushered in a 1.5 billion year period of subsequent climatic and environmental stability, which remained until a second major period of rising oxygen and climate instability at the end of the Precambrian period.

Professor David Johnston, a co-author from Harvard University said the rise in atmospheric oxygen was a key factor in making Earth habitable.

‘Unravelling the history of atmospheric oxygenation allows us to understand how oxygen rose to levels that were sufficient to allow the evolution of animals,’ he said. 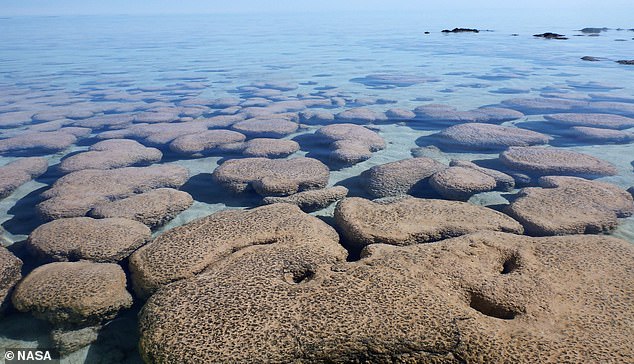 ‘The Great Oxidation Episode, when atmospheric oxygen first rose to appreciable levels, represents a pivotal step in this history.’

Professor Poulton said we need to know when permanent atmospheric oxygenation actually occurred to truly understand its causes and consequences.

‘Now at last we have that piece of the puzzle,’ he added.

SNOWBALL EARTH: AN ICEHOUSE CLIMATE THAT COVERED OUR PLANET IN ICE

At various points throughout the history of planet Earth the world was entirely or nearly entirely frozen, covering the planet in ice.

Scientists say this explains evidence of glacial sedimentary deposits that have been found in tropical regions of the Earth.

The name describes the way the Earth may have looked if seen from space – a glistening white ball with a surface mostly coated in frost and ice crystals.

It would have led to gale-force winds at low latitudes and a dark briny ocean moved by tides under the ice with heat slowly coming up from geothermal vents on the ocean floor.

These global icehouse events happened on a number of occasions throughout the evolution of the planet.

Some of the earliest examples happened as early as 2.4 billion years ago, likely triggered by the appearance of oxygen in the atmosphere.

This was during the Palaeoproterozoic where there was an ice age about 2.25 billion years ago, seen through glacial deposits in tropical latitudes.

There were three or four significant glacial events during the Neoproterozoic, about a billion years ago, with some lasting millions of years at a time.

The defrosting of these global glacial events may have sparked a rapid explosion of life, particularly the early events soon after the Great Oxidation.