EastEnders: Alfie Moon returns to the soap after two years away

He was last seen flatlining on the surgeon’s table in Ireland-based spin-off Redwater.

So it was a shock to many EastEnders fans to see Alfie Moon make a shock return to the soap on Thursday night’s show, as he met up with Hayley Slater leaving many fans wondering whether he is the father of her unborn baby.

Alfie’s whereabouts were a large question to many fans following Kat Slater’s return to Albert Square earlier this year, but actor Shane Richie has teased that fans will see many of their questions answered in Friday’s show.

He’s back! EastEnders fans were left reeling after Thursday’s show as Alfie Moon made a surprise return to the soap, leaving many wondering if he is the father of Hayley Slater’s baby

In what had already been a jam-packed episode that saw Shakil Nazir finally found following Monday’s stabbing and Keegan Baker fighting for his life in hospital after a similar attack, the episode’s final scenes were nothing short of jaw-dropping.

As Hayley headed off to a secret location, she knocked on the door while rubbing her concealed baby bump.

Alfie was then revealed to open the door, checking the coast was clear as Hayley entered, with his mere seconds of screentime leaving soap fans reeling. 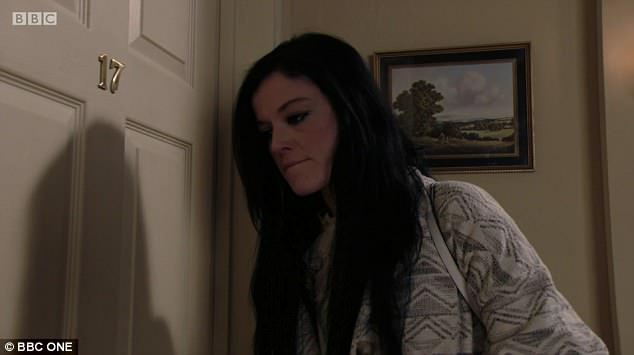 Surprising: Fans slaw Hayley go to visit a mystery person before stroking her hidden baby bump, leaving many wondering if he was the secret father of her baby 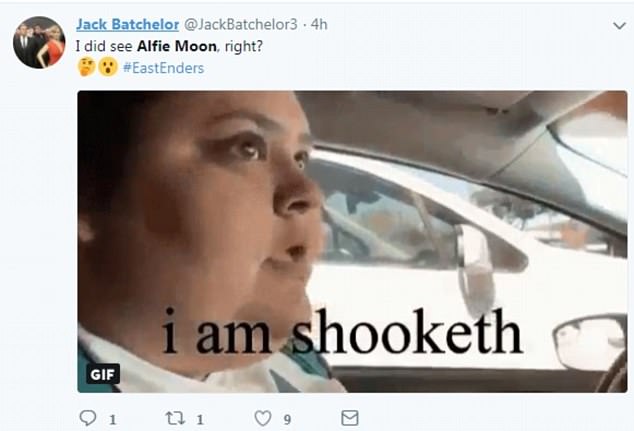 Shocked: Viewers were both shocked and delighted to see Alfie back on the soap, with some assuming he is the father of Hayley’s baby

Inevitably many began to assume that he was the father of Hayley’s baby, wondering what other reason she would be seeing him without Kat knowing, while others were just thrilled to see the fan favourite character back on their screens.

One wrote: ‘Total shock tonight!! But I am so so so so happy Alfie is back!’ while another added: ‘Still can’t over that my man Alfie Moon is back on EastEnders.’

Sadly just hours after his return aired on-screen, actor Shane Richie revealed that he will not be back on screens for long, with his return so far spanning just the two episodes, but added that ‘this is certainly not the last you will see of Alfie.’ 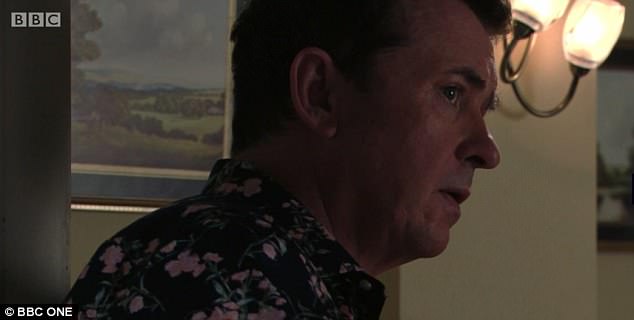 Surprise! Alfie was then revealed to be inside the hotel room, with actor Shane Richie revealing that so far he is back for two episodes 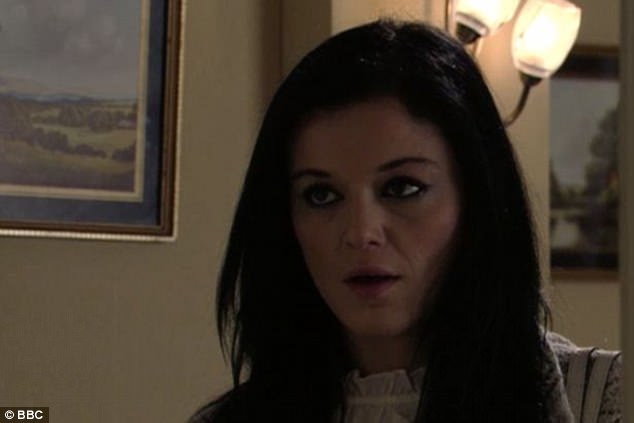 Stunned: Hayley was revealed to be secretly pregnant earlier this week, but so far the baby’s dad has remained a secret

Speaking to The Mirror he said: ‘I met up with (executive producer) John Yorke quite some time ago and he told me about his plans to bring back the Slaters but that Kat and Alfie are not together.

‘The last the viewers will have seen of Alfie was him in Ireland. Since then the audience will have learnt through Kat that they moved back to Spain but all that is obvious is that things between the two are really not good.

‘Without giving too much away I think that we are certainly going to learn more about what happened in Spain with Kat and Alfie as well as a few other things but that’s all I can say for now.’

Fans last saw Alfie last year in the Irish spin-off Redwater with Kat, and questions arose when the feisty mainstay return to the Square without her husband or children.

Tense: The spoiler picture hints that the pair’s reunion will be nothing short of explosive, especially as fans wonder where Alfie has been since the Irish spin-off Redwater