EastEnders is set to resume filming by the end of June, a BBC boss has confirmed.

Charlotte Moore, the broadcaster’s director of content, said the BBC One soap would be up and running again within weeks, along with Top Gear.

Her statement came after production was halted on the show due to the coronavirus pandemic and a day after MailOnline confirmed ITV’s Coronation Street is in the final stages of a ‘return-to-production protocol’.

We’re going back to Walford: EastEnders is due to resume filming within weeks after the show was halted due to coronavirus… as BBC boss says ‘crews will be limited’ 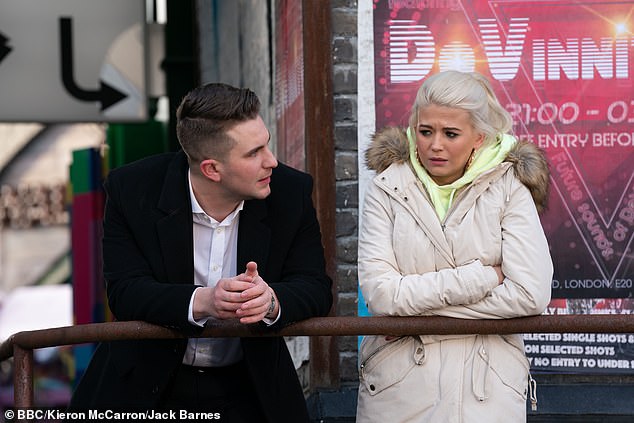 BBC boss Charlotte Moore said: ‘Cast members will do their own hair and make-up. Social distancing will be in place’

Moore told The Telegraph: ‘We’ve been looking carefully at how we can safely put some of our shows back into production, and I’m pleased to announce that we plan to begin filming again on both EastEnders and Top Gear by the end of June.

She added: ‘Of course, we will work within Government guidelines. Crews will be strictly limited. Cast members will do their own hair and make-up.

‘Social distancing will be in place.’ 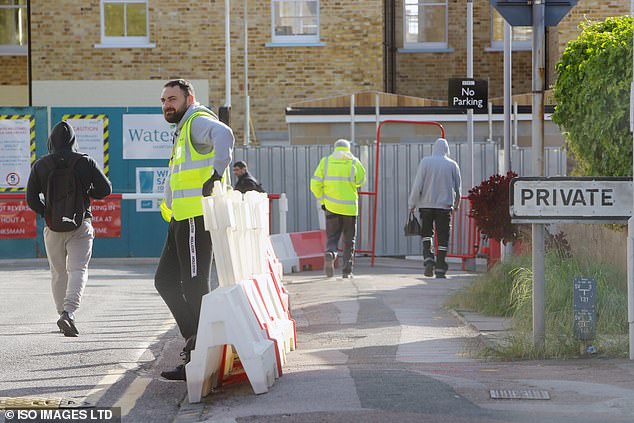 Can we fix it! Builders were pictured getting to work at the new £87million EastEnders set in Elstree Studios on Wednesday 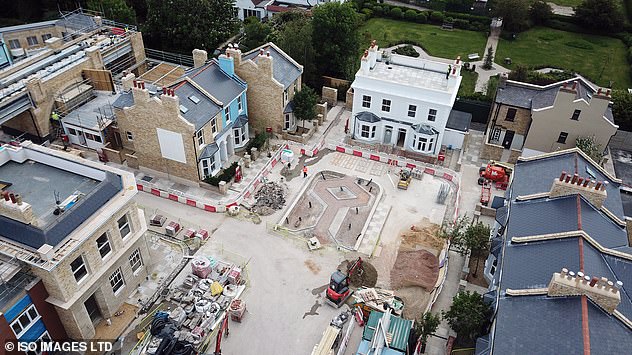 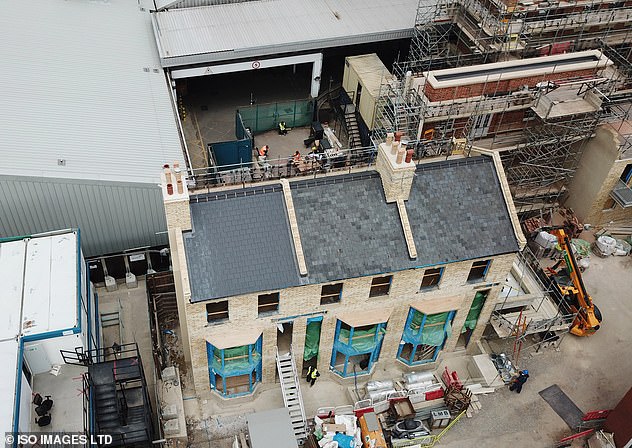 Taking shape: Builders were seen working on the back of the terraced houses, which still need windows fitted 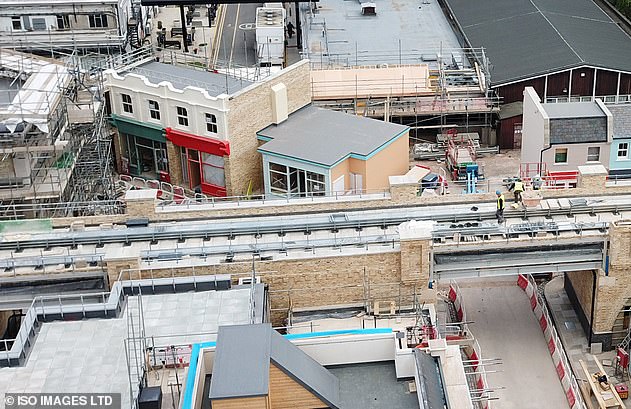 Wow: Construction work was also being done on the railway bridge 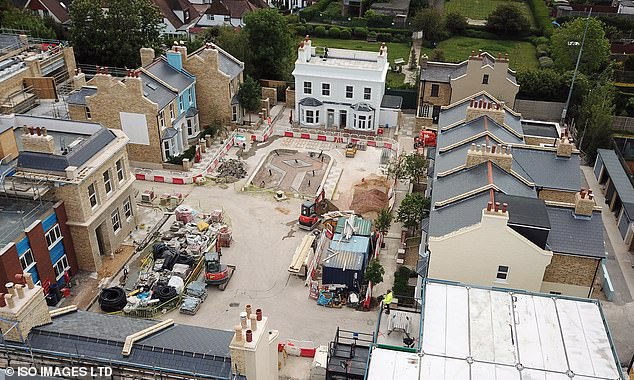 Looking good: Work on the £87million set has continued while the cast and crew are on break

Filming on BBC shows such as Line Of Duty, Peaky Blinders and Call The Midwife has also come to a halt.

The BBC reduced the number of pre-filmed EastEnders episodes it aired a week to make them last as long as possible.

Controller of BBC drama Piers Wenger previously said the broadcaster hoped to resume filming on soaps ‘as soon as possible’.

Wenger pointed to the example of Australian soap Neighbours, which has resumed filming but with social distancing rules in place and other limitations, including banning kissing on set.

‘We’re not quite at that point yet,’ he said. ‘But all of those conversation are being had and there is a real determination to get that show back up and running.’ 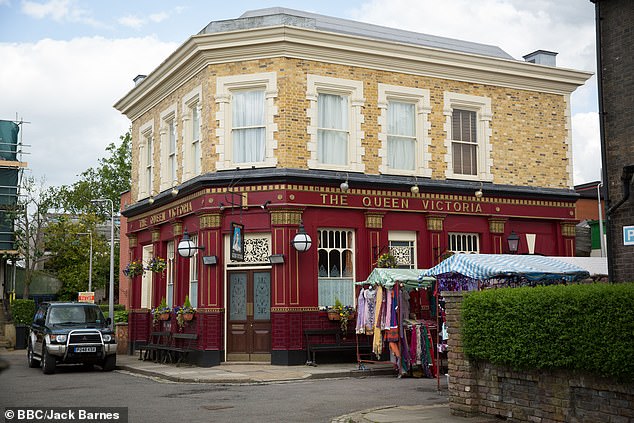 More to come: Controller of BBC drama Piers Wenger previously said the broadcaster hoped to resume filming on soaps ‘as soon as possible’

A spokesperson for Coronation Street exclusively told MailOnline they are in ‘active discussions with the government’ and are working with ‘others across the industry’ to return.

The British television industry was left at a standstill in March after all filming was suspended to follow regulations amid the coronavirus crisis.

Ministers hinted on Tuesday night that production can start again as long as cast members and crew follow social distancing rules on set.

A Coronation Street representative exclusively told MailOnline: ‘ITV is in the final stages of working with others across the industry on a return-to-production protocol and we are in active discussions with Government on this.

Prime Minister Boris Johnson encouraged some sectors to head back to work earlier this week in a tentative three-stage ‘exit plan’, if working from home cannot be done. By this definition, this would include being on film sets.

While a spokesman for the Department for Digital, Culture, Media and Sport told Screen Daily: ‘The Government is working closely with the screen sector to understand how different types of productions can comply with social distancing guidelines, and give confidence to people in the TV and film industries that there are safe ways in which they can return to work.’

It has since been claimed that BBC shows such as Peaky Blinders and Line of Duty will return to filming but have to adhere to social distancing regulations. 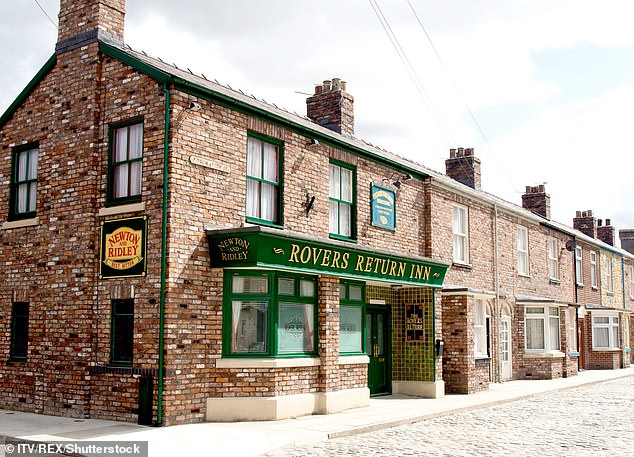 ‘Final stages’: Coronation Street has confirmed that it is in the final stages of a ‘return-to-production protocol’ after filming was suspended to follow COVID-19 regulations 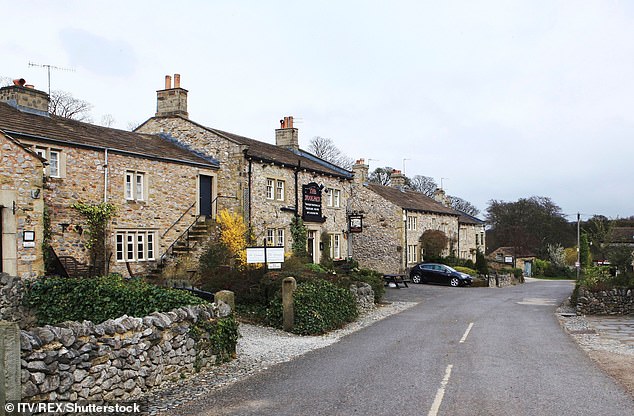 Suspended: Emmerdale announced in March that filming has been suspended to adhere to social distancing and government regulations amid the coronavirus crisis

Emmerdale announced in March that filming has been suspended to adhere to social distancing and government regulations amid the coronavirus crisis.

A representative declined to comment to MailOnline about what plans are in place for the ITV soap to return to filming and how social distancing measures will be followed on set.

ITV boss Kevin Lygo previously said the soap will remain on screens until the end of May and it’s likely older cast members won’t return to set for sometime, this could include Eric Pollard actor Chris Chittell, 71.

Meanwhile, Channel 4 soap Hollyoaks is said to have enough episodes to last until the end of July and has scaled back its weekly shows from five to just two.

Director of programming for Channel 4, Ian Katz, said: ‘The coronavirus outbreak is an enormous creative challenge for all broadcasters and though it is having a profound impact on getting some of our productions onto screen, when public service broadcasters like Channel 4 can step up and help people navigate through the extraordinary challenges we all now face.’ 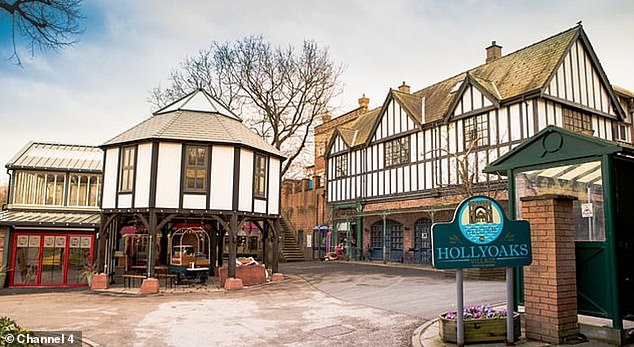 Social distancing: Hollyoaks s said to have enough episodes to last until the end of July and has scaled back its weekly shows from five to just two