EastEnders star Tamzin Outhwaite and her daughter, 10, ‘are left crying and scared they would be separated’ after immigration bosses refused her entry into India for a yoga holiday

EastEnders actress Tamzin Outhwaite and her ten-year-old daughter were left crying and fearing they would be separated over a visa issue in India.

The 48-year-old star, who plays Mel Owen in the BBC soap, had been planning a yoga retreat in Goa with Florence ‘after a difficult year’.

But their plan was thwarted by airport immigration officials who turned them away because Outhwaite had a passport stamp in Mumbai for a connecting flight to London over the New Year period.

The actress was left scared she would be separated from Florence because the girl’s visa was valid – but hers was not.

They had been sat ‘crying’ in immigration at Goa, but eventually returned home on another nine-hour flight to Britain.

Florence is one of two daughters Outhwaite shares with ex-husband Tom Ellis, who is known for the BBC comedy Miranda and US series Lucifer.

Outhwaite, whose other daughter is six-year-old Marnie Mae, lives in a £1.7million five-bedroom house in Crouch End, North London. 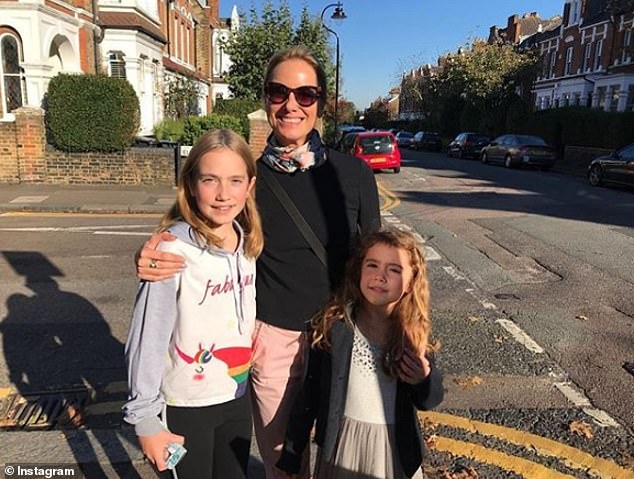 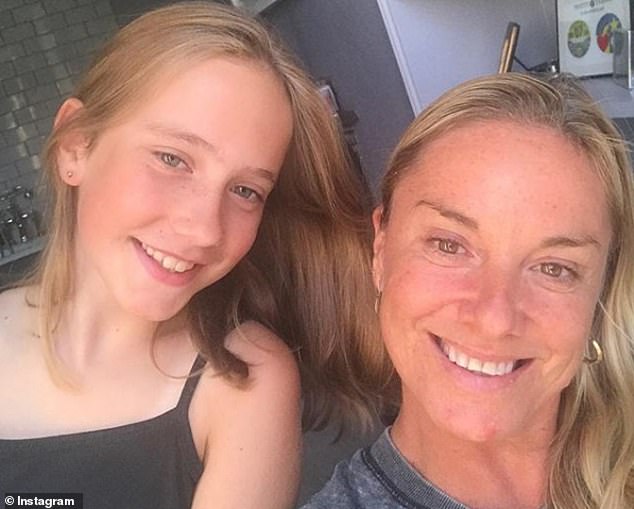 Outhwaite, pictured with Florence last September, said that ‘only having one week for a mother/daughter healing holiday after a difficult year means we are now looking for a new trip’

In a series of tweets posted yesterday afternoon, she said: ‘My ten-year-old and I have just been refused entry into India due to my visa, which was still valid.

‘But apparently a passport stamp in Mumbai to get a connecting flight to London at New Year counts as entry.

‘We both sat crying in immigration at Goa Airport but nobody died and, after another nine hour flight, we are back in Blighty!

‘Only having one week for a mother/daughter healing holiday after a difficult year means we are now looking for a new trip. 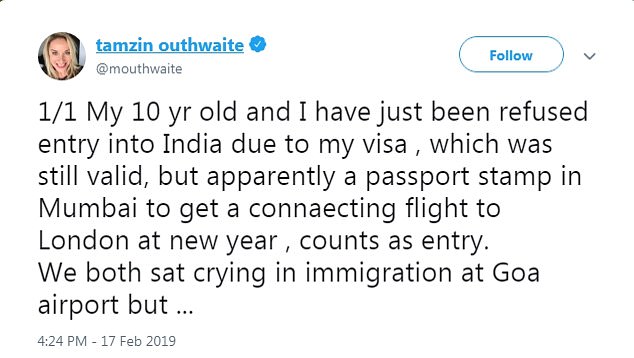 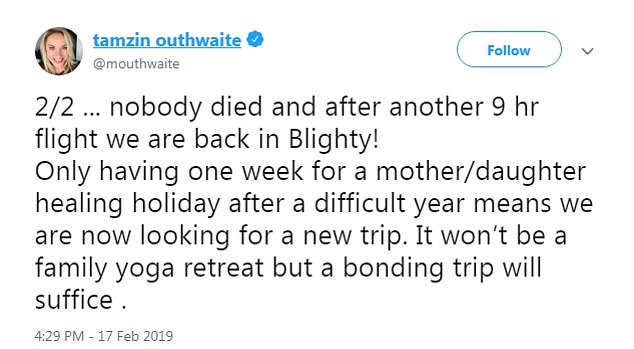 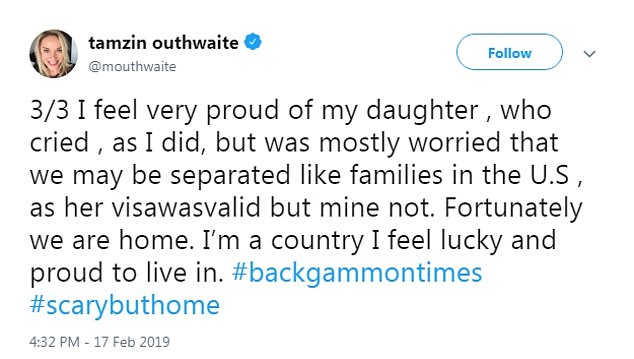 In a series of tweets posted yesterday afternoon, Outhwaite explained what had happened

‘It won’t be a family yoga retreat but a bonding trip will suffice.

‘I feel very proud of my daughter, who cried, as I did, but was mostly worried that we may be separated like families in the US, as her visa was valid but mine not.

‘Fortunately we are home. I’m a country I feel lucky and proud to live in. #backgammontimes #scarybuthome.’

Outhwaite added that strangers had helped them at Goa Airport by handing them tissues – and that she was now in the market for a last-minute holiday elsewhere.