EastEnders star Steve McFadden, 63, who plays Phil Mitchell is fined £580 and has five points on his licence after being caught speeding on his moped at 35mph in a 20mph zone in London

By Katie Weston For Mailonline and Matthew Lodge

EastEnders Actor Steve McFadden has been fined £580 and had five points put on his driving licence for speeding on his moped.

The actor, best known for his portrayal of Phil Mitchell on the long-running BBC One soap, was caught driving his scooter at nearly twice the speed limit in an area of London on October 7, last year.

The 63-year-old, whose character is known for his hard man persona, was doing 35mph in a 20mph zone while riding his Piaggio moped.

The actor, best known for his portrayal of Phil Mitchell, was allegedly doing 35mph in a 20mph zone on October 7 last year. Pictured: Picking up fish and chips in north London in 2017

The actor was pulled over by a police officer with a mobile speed gun as he drove near to his London home, the Sun reports.

He was subsequently charged and pleaded guilty to the speeding offence, with his case being heard at Bromley Magistrates’ Court on Thursday, March 17.

The hearing was held behind closed doors in what is called a Special Judicial Procedure, and McFadden did not attend.

Details of the hearing were released by the court on request afterwards, with documents revealing he was caught in Fitzjohns Avenue in Hampstead.

After admitting to the offence, the court fined the actor £440 and ordered him to pay £100 in costs and a £44 victim surcharge.

He also had five points endorsed on his driving licence. 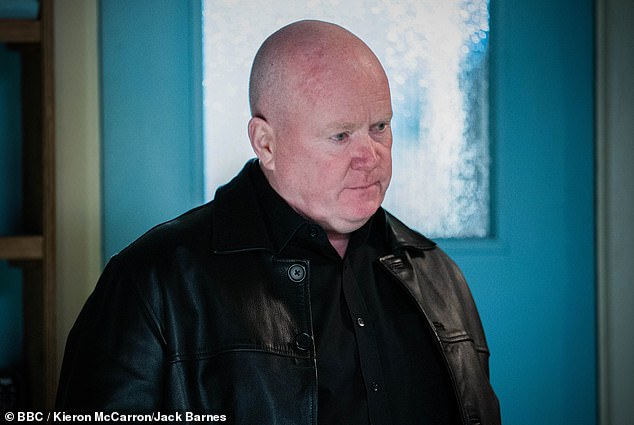 The actor, who plays hard man Phil Mitchell on EastEnders (pictured), will have to cough up £580 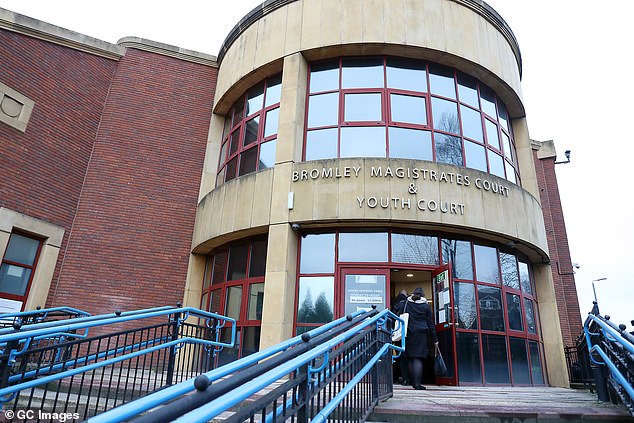 His case was heard behind closed doors at Bromley Magistrates’ Court (pictured) on Thursday, March 17

The actor is a known lover of driving on two wheels, and has often been spotted riding a scooter to the EastEnders set at Elstree Studio in Hertfordshire.

In 2017, he was seen taking his beloved motorbike for a spin as he headed to his local Fish & Chip Shop to pick up dinner.

The star was hard to miss as he whizzed about running errands clad in a helmet and a hi-vis jacket.

He teamed his safety jacket with a pair of black sports shorts, leaving his legs bare, while adding black socks and matching trainers to his feet.

McFadden was barely visible underneath the large helmet he was sporting atop his head, with the visor flicked up.

Once he had retrieved his dinner, he hung the bag of food on his bike between his legs as he got to grips with the handle bars in his bid to speed off.