Easter holidaymakers are warned they face hours of delays at Dover

Parts of the UK were covered in snow this morning as 26million drivers get ready to hit the roads for the four-day Bank Holiday weekend.

Fields in Northumberland and Country Durham were completely white on Friday as Britain prepares itself for another big freeze.

Temperatures are set to plummet to -5C and large parts of the country will endure rain, frost and snow.

Holidaymakers were warned there could hours of delays at the port of Dover in Kent due to heightened French security checks on one of the busiest weekends of the year.

Around 26million drivers are expected on the roads over the next four days with the heaviest congestion on motorways expected between 10am and 2pm today. 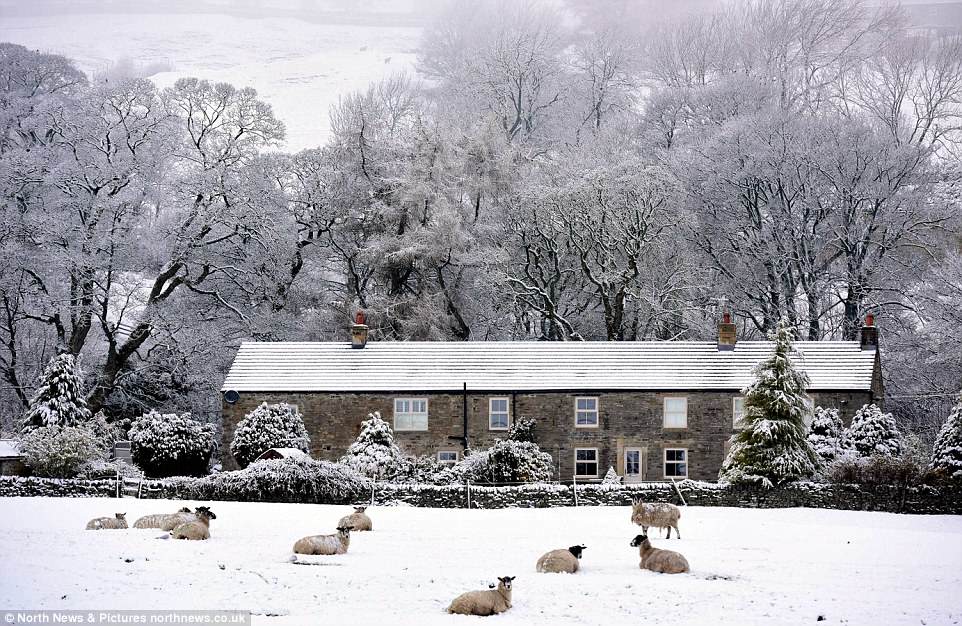 Snow covers the ground in Weardale, County Durham, this morning as snow sweeps across the North of England (pictured) 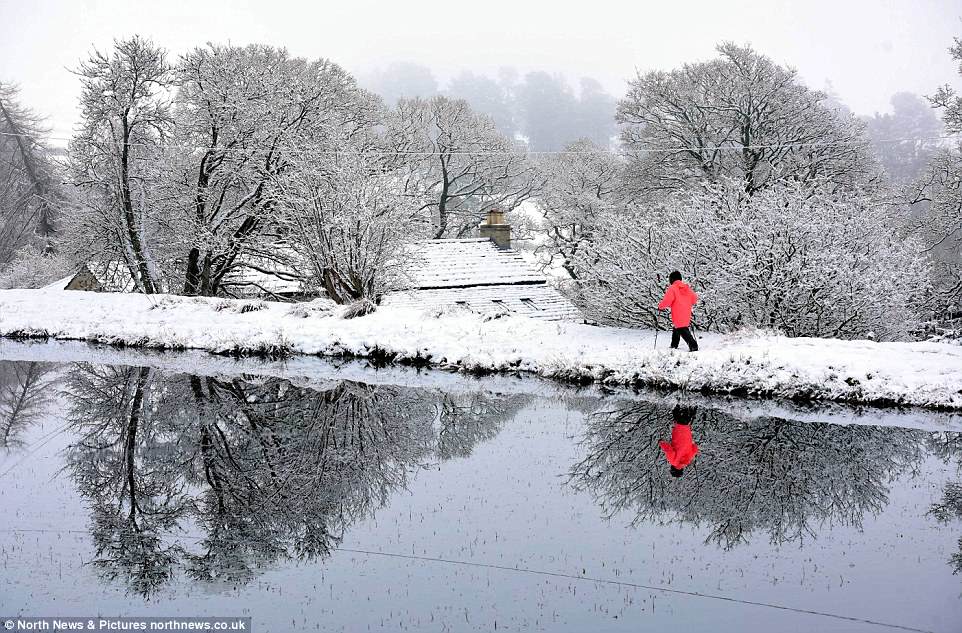 One woman, Avril Browning, was seen walking in a winter wonderland in Allenheads, Northumberland, this morning as snow swept across parts of the UK on Good Friday 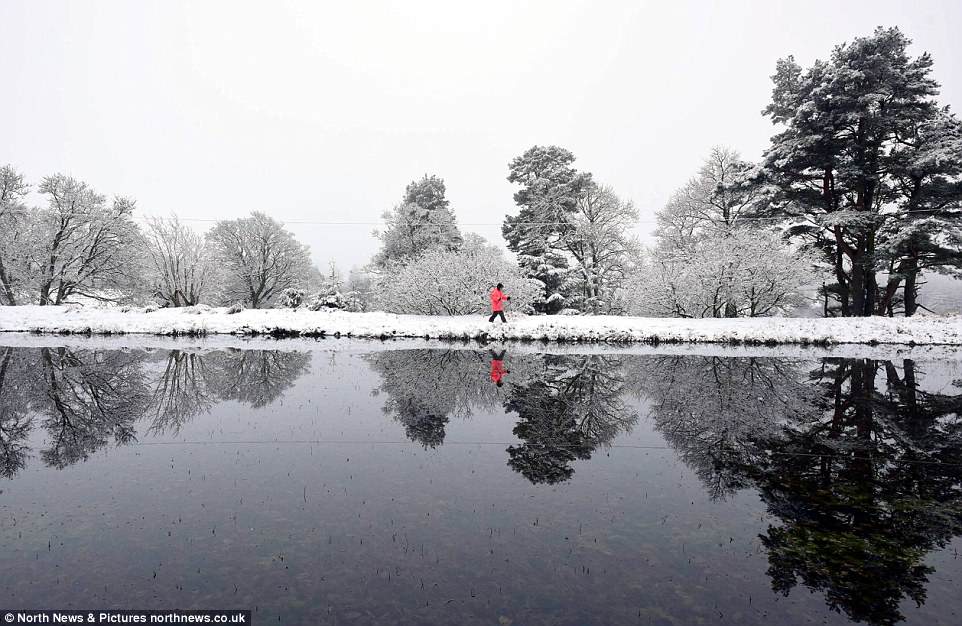 She was wearing a bright jacket when she went walking by the water in Allenheads, which had been covered in a thick blanket of snow 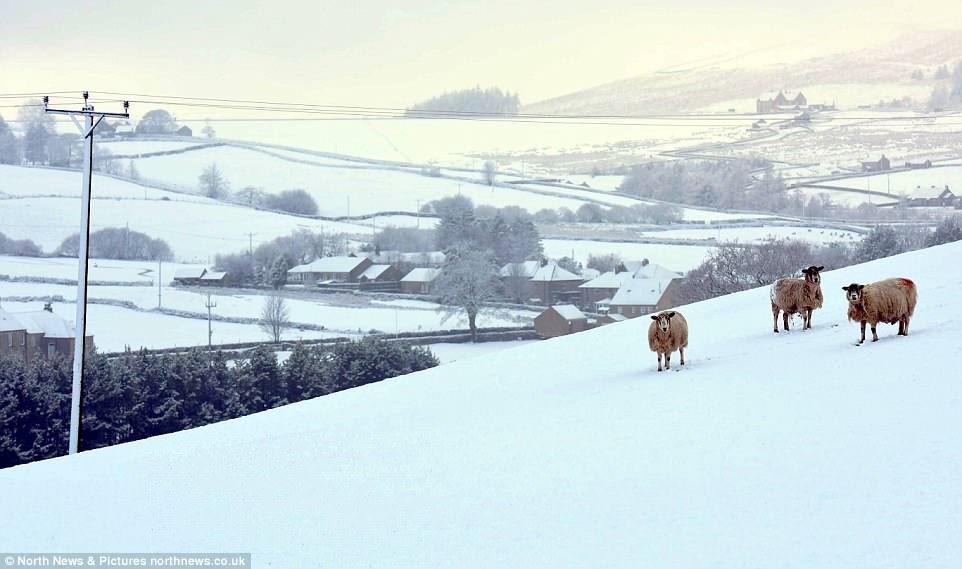 Snow had covered fields in Weardale, County Durham, this morning as Britain prepares itself for another big freeze with temperatures dropping to -5C in some parts 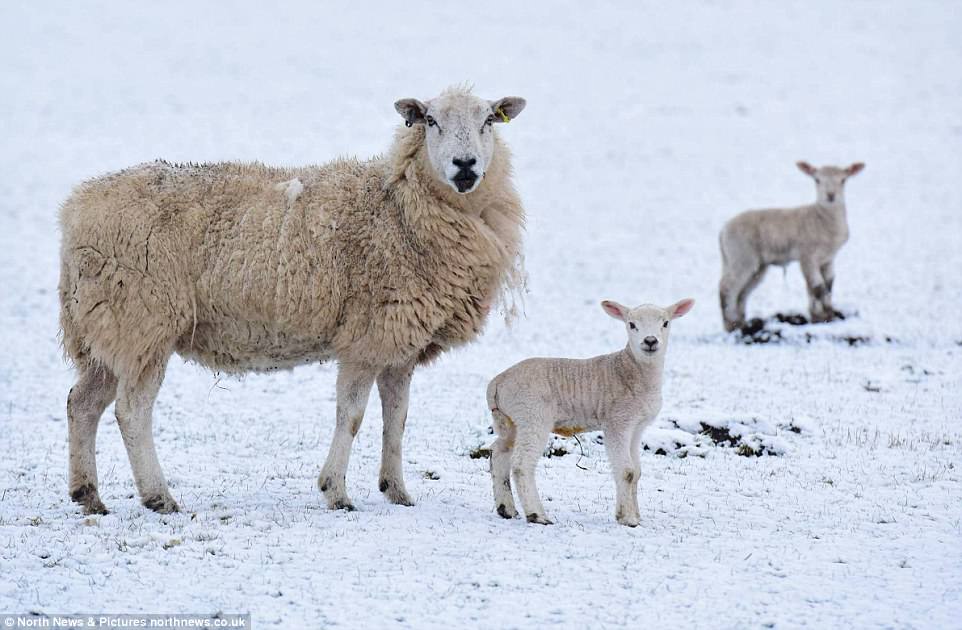 Lambs were seen with their ewes on a snow covered field in Weardale, County Durham, on Friday morning with temperatures set to drop to -5C 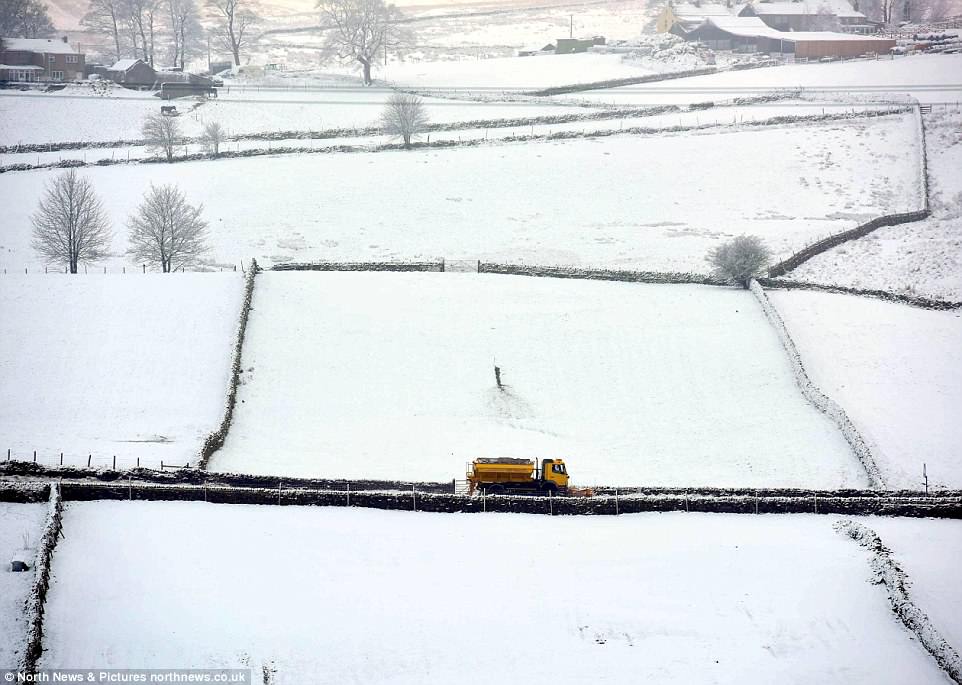 A snowplough motors through snow in Weardale, County Durham, this morning as snow sweeps across northern parts of the UK 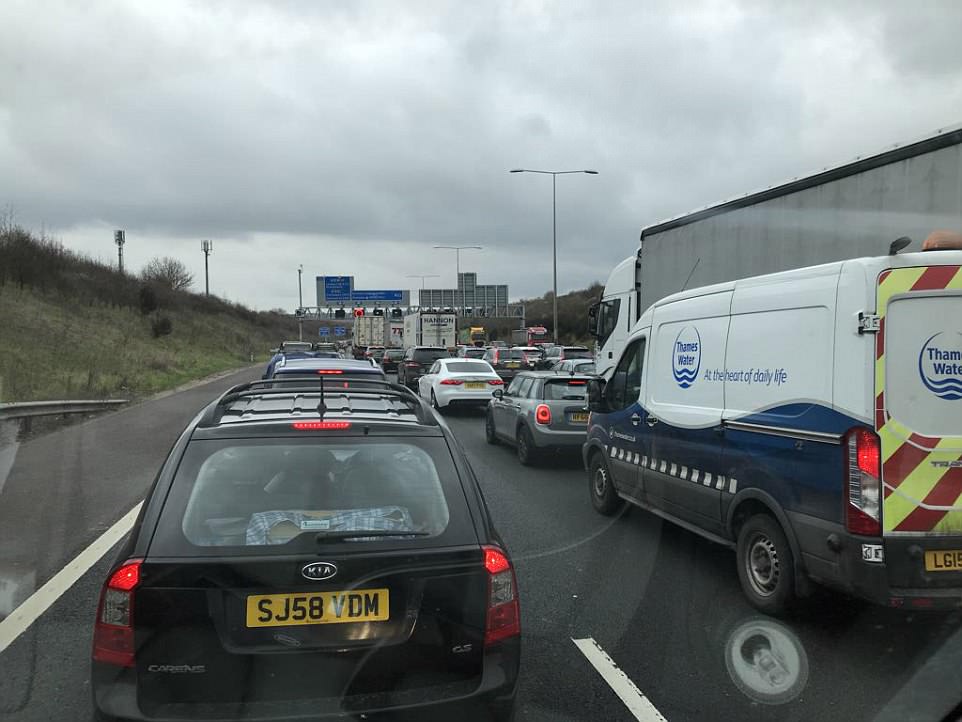 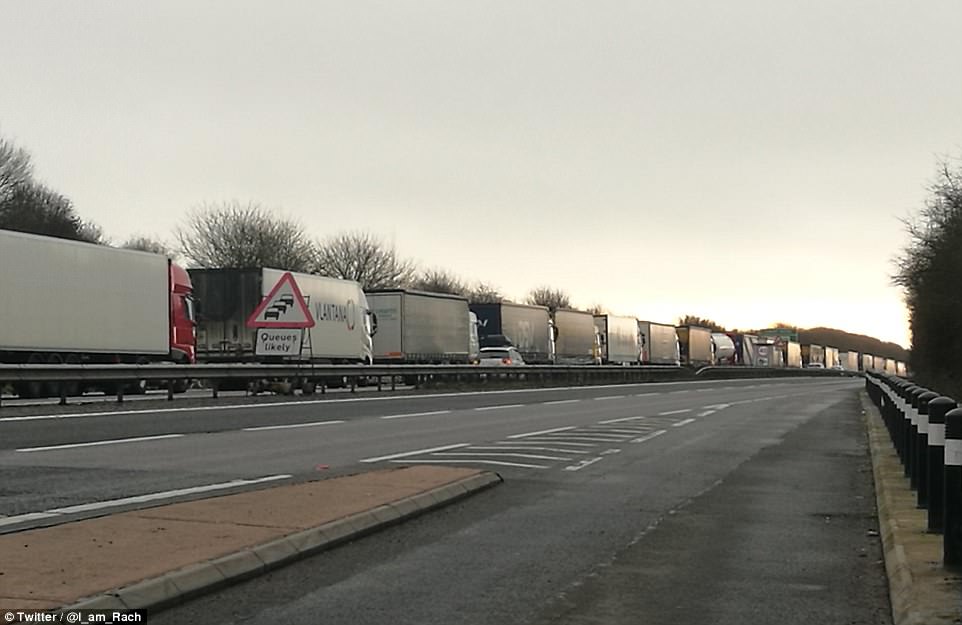 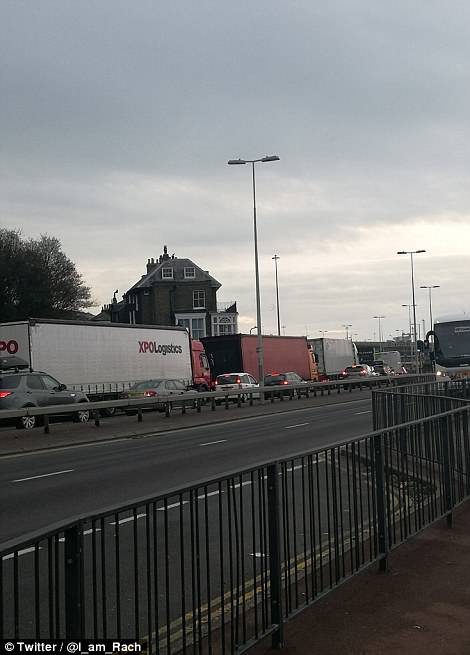 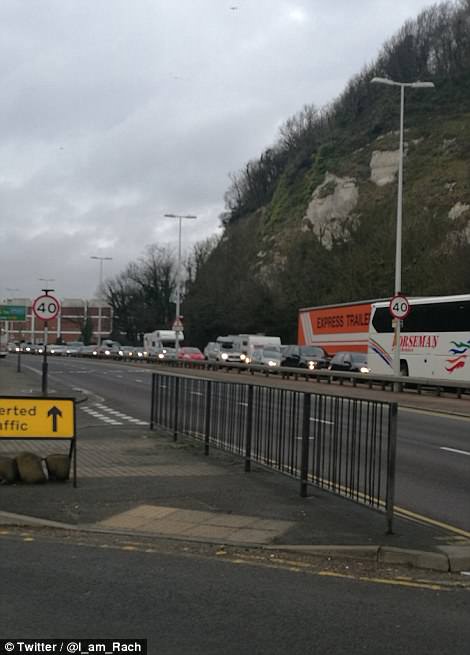 Traffic near Dover, Kent, was brought to a standstill on Friday morning as thousands of Brits headed off for the Easter break 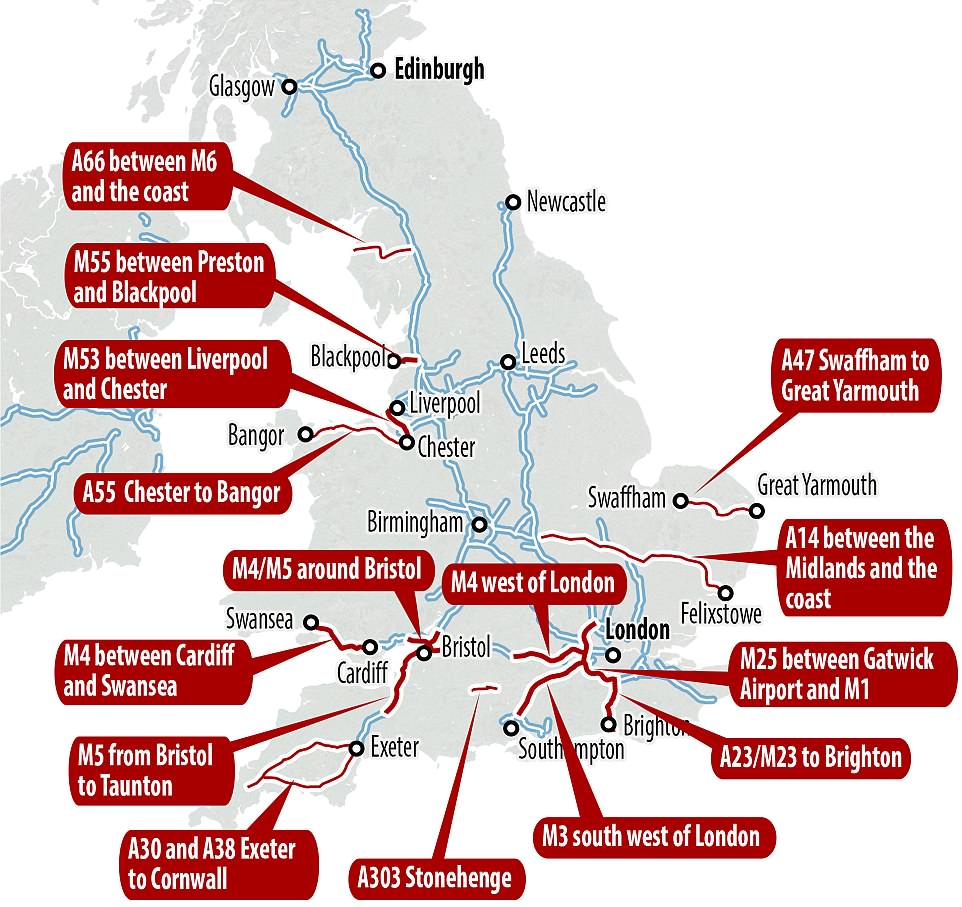 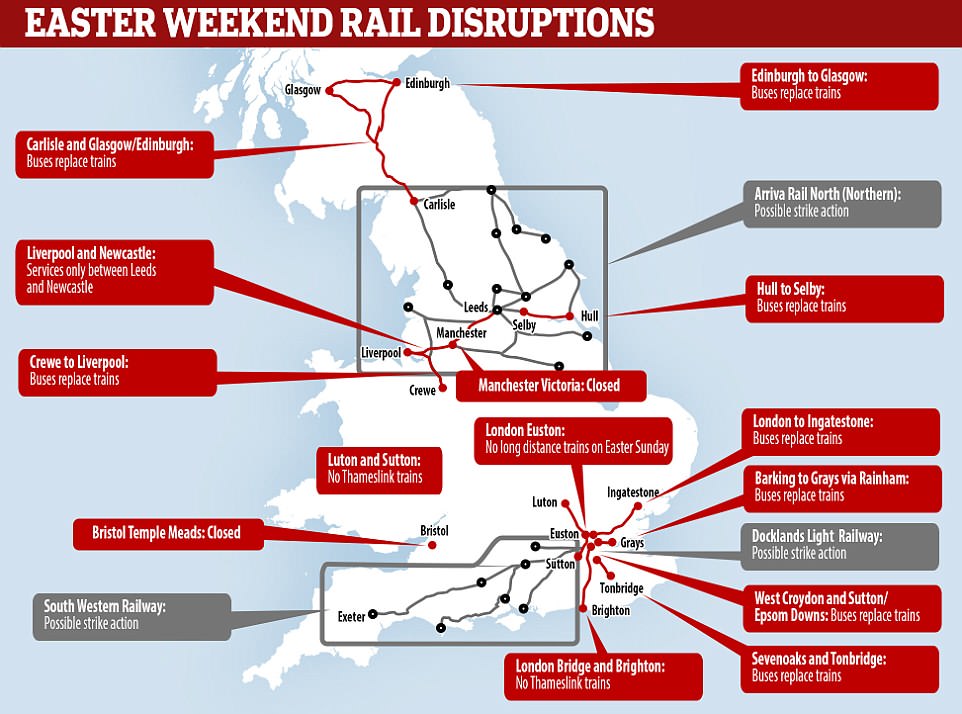 As the weekend getaway began this morning, P&O Ferries warned of two-hour hold-ups in the early hours of Friday morning.

Highways England said there were queues on the A20 and A2 heading into the port, and urged people to plan ahead before travelling.

Ferries were being held open for as long as possible to get people on board.

It comes as the Easter weekend looks set to be one of the busiest in years for travellers.

The Association of British Travel Agents (Abta) has estimated that 2.1 million British holidaymakers will head abroad.

Train stations, roads and airports in the UK are also expected to be extremely busy.

The RAC said drivers were expected to take nearly 19 million separate leisure journeys over Easter, with hot spots set to include the M25 between Gatwick Airport and the M1, the M3 south west of London, the A303 near Stonehenge, the M55 between Preston and Blackpool, and the M53 between Liverpool and Chester. 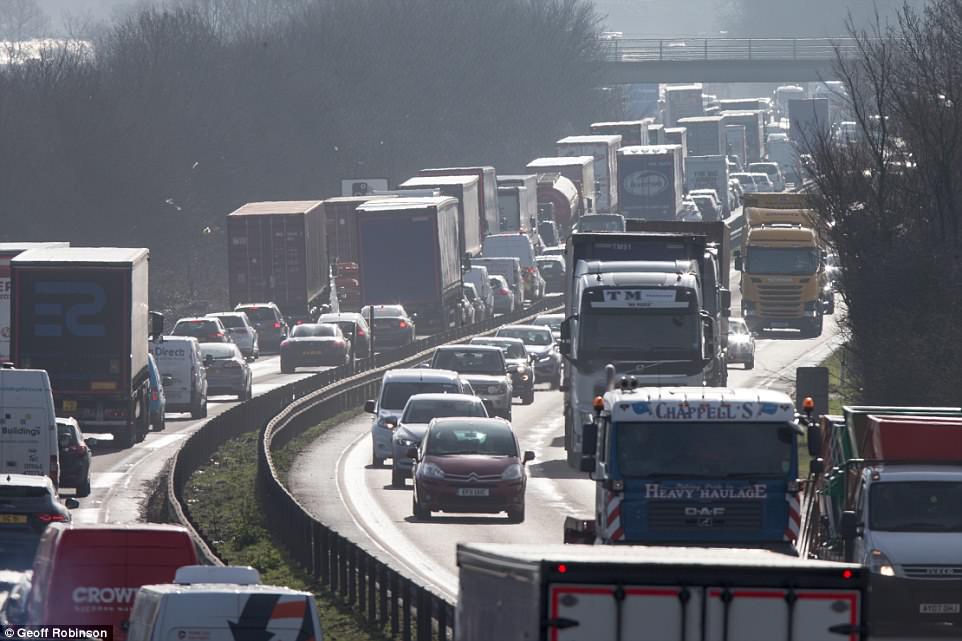 Another picture which shows the traffic already queuing on the A14 near Huntingdon, Cambs, on Thursday morning 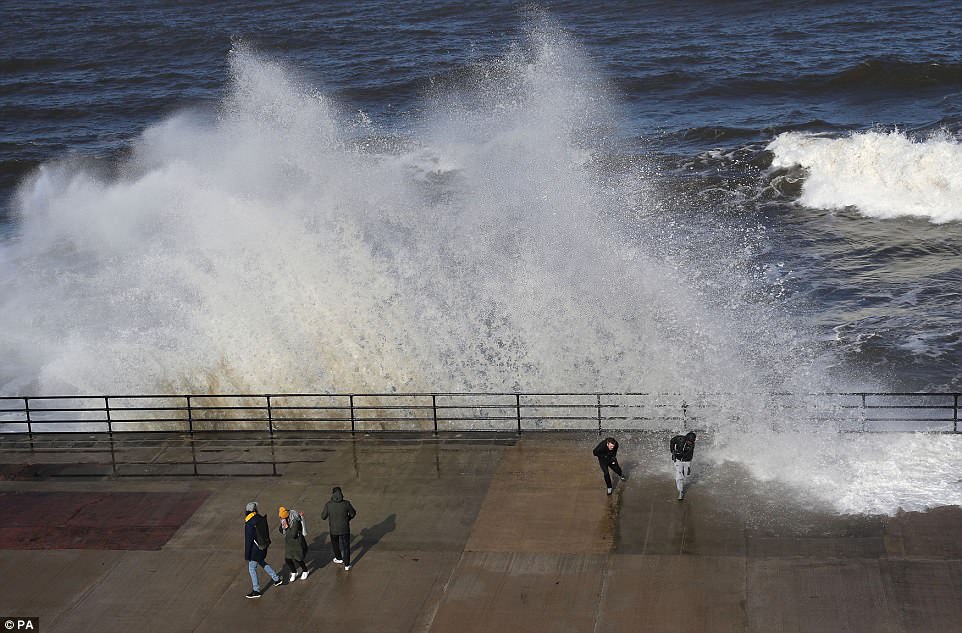 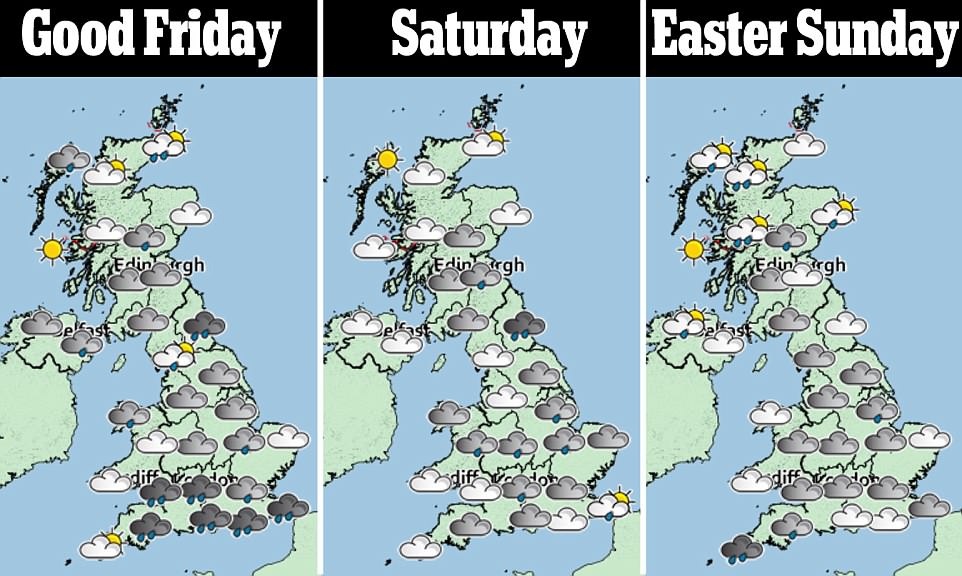 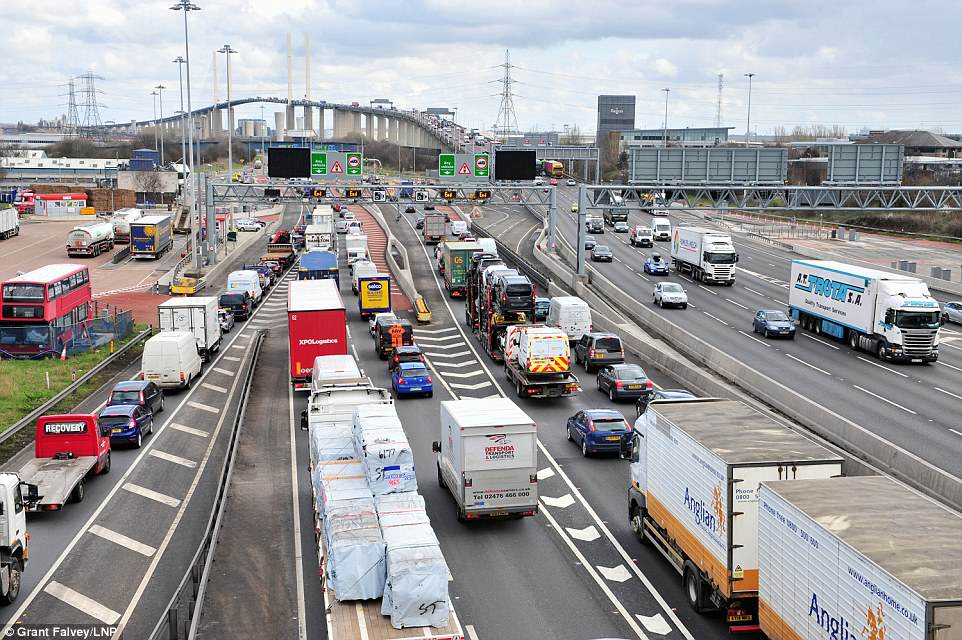 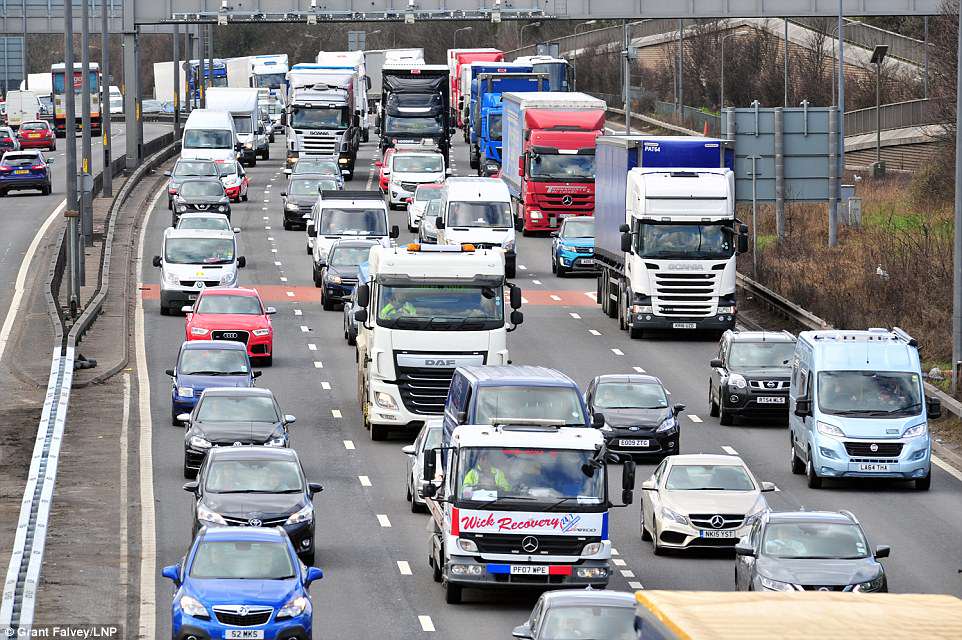 At the major airports, half a million people will fly out from Heathrow, 260,000 from Gatwick and 160,000 from Manchester.

The Eurostar service from St Pancras will take 70,000 passengers under the Channel and into mainland Europe this weekend, with many headed to the French capital Paris.

In July 2016, hundreds of motorists heading off on their summer holidays were stranded in 12-hour traffic jams at the Port of Dover, with delays blamed on staff shortages at the French border as well as enhanced security controls.