Easy food swaps that will help save you money and calories

Eating healthy doesn’t have to be difficult, as there are easy to follow swaps you can make that will save you time, money and calories.

Luckily you don’t always have to drastically change your diet to overhaul your health. Small adjustments can make a huge difference.

An easy way to notice an improvement with your health is by eating less processed foods as not all packaged foods are made the same.

One Australian dietitian and one nutritionist has weighed in on what swaps you can make.

Although flavoured yoghurt can be delicious, it is also packed with sugar and an average serve will set you back 810 kilojoules (194 calories).

In comparison, greek yoghurt has no added sugar or artificial sweeteners and contains 418 kilojules, or 100 calories.

This would save you 408 kilojoules in your day. If the flavour is too tart for you, try adding fresh fruit.

‘It tends to be higher in protein as well and may contain better quality of yoghurt cultures,’ dietitian Kate Save told FEMAIL.

Although nuts are considered a healthy snack alternative, peanuts can often be coated in layers of salt that you don’t need.

To avoid this, Kate suggested eating steamed edamame beans instead.

‘They’re lower in calories, higher in protein and equally as satisfying!’ she said.

An average serve of peanuts is considered to be 25 nuts (or a handful), which translates to 743 kilojoules (180 calories).

Edamame beans, on the other hand, only contain 510 kilojoules, or 122 calories, for 100 grams of food, which saves more than 200 hundred kilojoules. 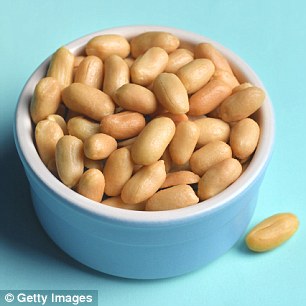 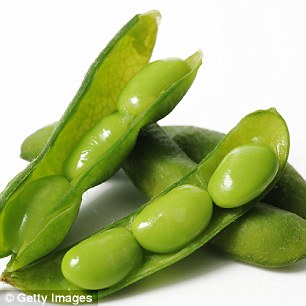 Although nuts are considered a healthy snack alternative, peanuts can often be coated in layers of salt that you don’t need

Another recommended swap that Kate shared was canned baked beans to legumes, such as chickpeas.

This is because baked beans are often packed with sugar and salt and the additives don’t usually outweigh the health benefits.

If you were to eat half a can of Heinz baked beans you could be consuming 628 kilojoules (150 calories) whereas the same amount of chickpeas would be 1522 kilojoules (364 calories). 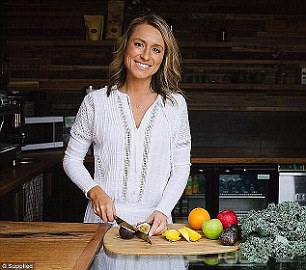 Although this is a lot more, baked beans contain 11 grams of sugar and four milligrams of sodium.

‘There are no added sugars in legumes and they’re also lower in calories,’ she said.

Rice contains a certain level of anti-nutrients, like phytates, which can make it hard for people to absorb the minerals it contains.

Because of this, Kate has recommended swapping it out for quinoa in your diet.

Although it is more calorie dense, the nutrients and benefits are much better for you.

‘Quinoa is a complete protein, as it contains all the essential amino acids. It is also lower in carbohydrate and a good source of iron,’ she said.

When you’re on the run a muesli bar is often a quick and easy go-to snack, but they’re not always as healthy as they may seem.

Instead of reaching for a sugary bar, Kate has recommended making your own protein ball at home using dates, nuts and coconut as they often sit under 400 kilojoules, or 100 calories.

‘They’re higher in protein, have no added sugars and contain wholesome nuts and seeds for fibre and healthy fats,’ Kate explained. 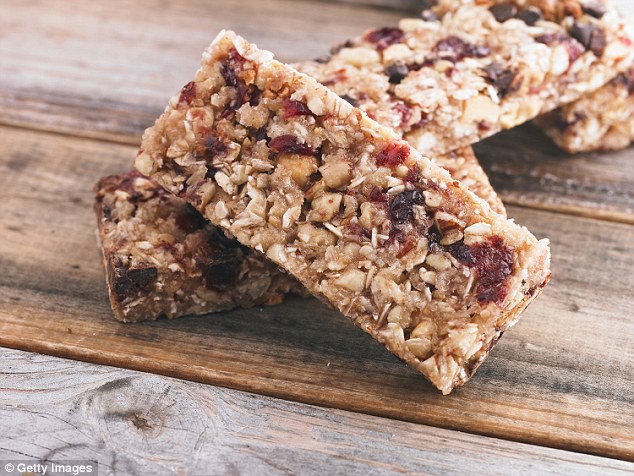 When you’re on the run a muesli bar is often a quick and easy go-to snack, but they’re not always as healthy as they may seem 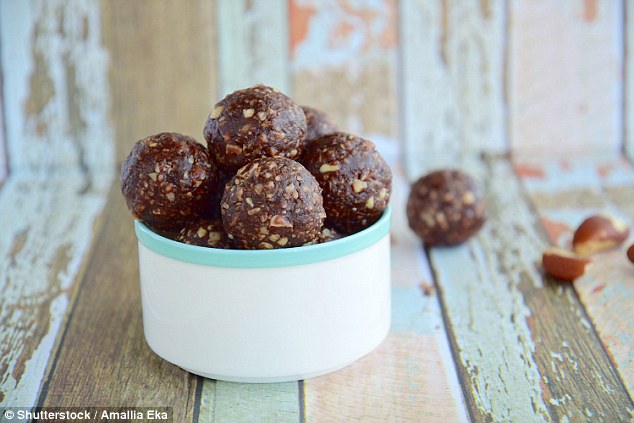 Nutritionist Lola Berry explained that hummus is a much healthier option and is cheap to buy, or easy to make yourself if you would prefer.

She said that all it takes is a can of chickpeas, tahini and lemon juice.

‘Hummus is a great spread that is high in fibre and very low in fats, so it’s the perfect spread on toast with avocado or even as the base on a sandwich,’ she said.

PROTEIN BARS TO A BOILED EGG

Protein bars are often sold as the perfect health food for those who are seeking to get more protein into their diet but they are are often packed with hidden extras.

Your average 30 gram protein bar will sit around the 418 kilojoule mark (110 calories).

‘Eggs are like a natural protein bar and comes with only 74 calories,’ Lola explained.

‘They are a very wholesome food containing zinc, B vitamins, healthy fats, and of course protein. They are the perfect powerful fuel.’ 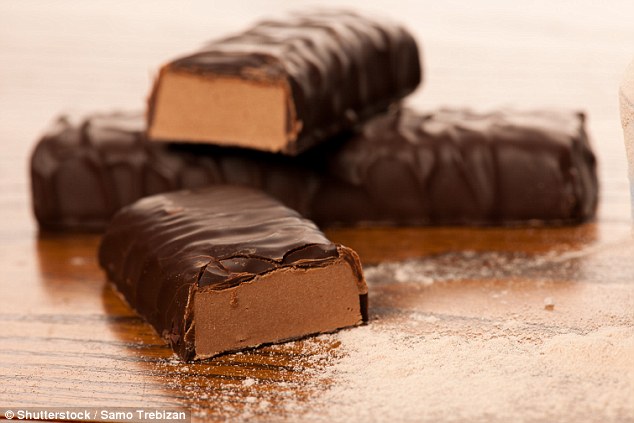 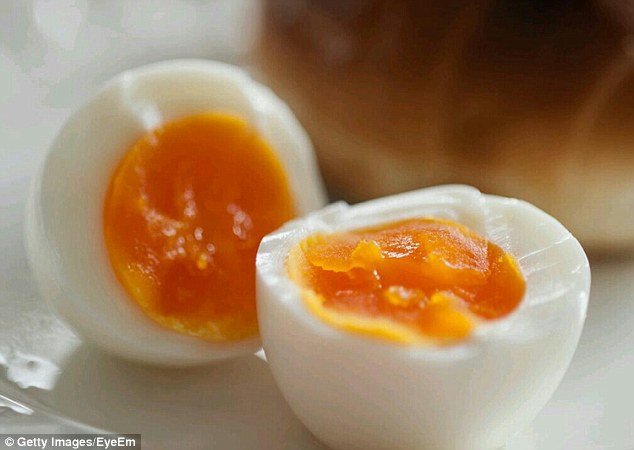 ‘Eggs are like a natural protein bar and comes with only 74 calories,’ Lola explained

Brown rice is Lola’s next suggested swap because it’s low GI and very cheap to buy.

‘Brown rice in naturopathy is known as the number one grounding food,’ she said.

‘It also acts as a brilliant intestinal broom, helping to keep you regular.’

It isn’t a secret that cereals have high sugar content but although there are healthier options on the market it can be time consuming to find the perfect box.

Lola explained that you can make oats easily enough by cooking it in water and adding almond milk, cinnamon and banana to make ‘the perfect brekkie’.

‘Oats are a fantastic “nervine” this means they help to support our nervous system, they’re also great for gut, immune and even skin health,’ she said.

‘Coconut water is all the rage at the moment, I call them mother nature’s gatorade, and they make a great liquid base to any smoothie too.’

Sugary fuelled electrolyte drinks contain approximately 585 kilojoules (140 calories) in each bottle, whereas if you were to opt for coconut water you would save over 500 calories as it contains 79 kilojoules (19 calories).