Eating cheese, yoghurt and kefir could protect you from a heart attack

Finnish experts found eating fermented dairy products can lower the risk of the world’s leading killer – but only in men.

Researchers tracked hundreds of participants over a 25-year period to make the conclusion, published in a scientific journal.

Their data, published in the British Journal of Nutrition, suggests fermented dairy products have positive effects on cholesterol.

Conversely, a very high consumption of non-fermented dairy items, such as ice-cream and butter, suggested an increased risk.

Approximately 2,000 men participated in the University of Eastern Finland analysis, which remains on-going.

Their dietary habits were assessed at the beginning of the study between 1984 and 1989, then followed up for an average of 20 years.

The participants were divided into groups on the basis of how much dairy they ate, while also taking various lifestyle and nutrition factors into consideration.

By the follow-up period, 472 of the male participants had experienced an incident coronary heart disease event – such as a heart attack. 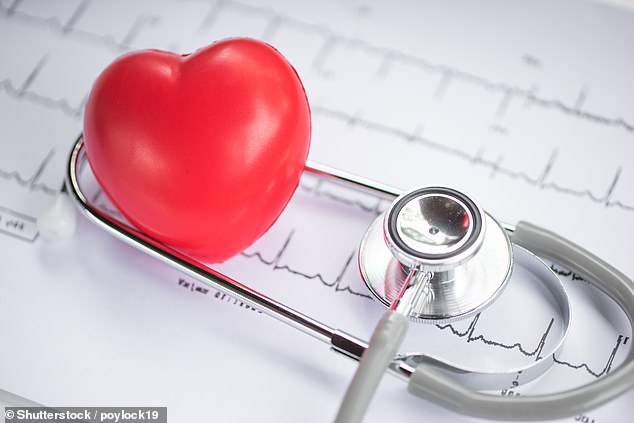 The data, published in the British Journal of Nutrition, suggests that products such as sour cream, kefir and yoghurt have positive effects on blood lipid profiles

However, when the researchers analysed the four groups, they uncovered a stark difference in risk of having a heart attack or other cardiac event.

Sour milk was the most commonly used low fat fermented dairy product among the participants.

It’s not clear why fermented products offer more benefits, but it may be linked to compounds forming during the fermentation process.

And the study found a very high consumption of non-fermented dairy products was linked to a higher risk of coronary heart disease.

‘For instance, the consumption of milk and sour milk have declined, while many fermented dairy products, such as yoghurt, quark and cheeses, have gained in popularity.’