Eating disorders in men on the rise

Male eating disorders are on the rise in the United States, experts say.

While body image issues are commonly associated with women, figures show men admitted into hospitals for eating disorders has risen 70 percent from 2010 to 2016.

Experts say the gradual increase is partly due to male celebrities such as Aaron Carter, Eminem and Robert Pattinson being open about their own body struggles.

But stigmas still remain, coverage is lacking, and seeking treatment is not seen as ‘manly’.

Daily Mail Online spoke with Bethany Kassar, a licensed clinical social worker and executive director of Outpatient Services at Summit Behavioral Health, about the rise in male eating disorders and how society has impacted their ability to seek help. 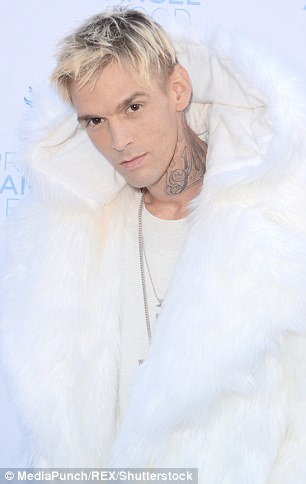 Both Robert Pattinson (left) and Aaron Carter (right) have suffered from body dysmorphic disorder. This differs from an eating disorder because someone will compulsively focus on one or multiple issues with their body. Instead of eating or not eating to change something, they will workout or use surgery to alter their appearance

Eating disorders and how prevalent they are for males

An estimated 20 million women and 10 million men in the United States will suffer from an eating disorder at some point in their lifetime, according to the National Eating Disorders Association.

Researchers have found that common eating disorders such as anorexia, bulimia, binge eating and using laxatives are almost as prevalent in males as they are in females.

This research as become apparent as hospitals and clinics in the last six years have experienced an increase of 70 percent of male patients seeking help for an eating disorder.

‘What we are seeing is there are more men seeking treatment,’ Kassar said.

SPOTTING EATING DISORDERS IN OTHERS

It can often be very difficult to identify that a loved one or friend has developed an eating disorder.

Warning signs to look out for include:

It can be difficult to know what to do if you’re concerned about a friend or family member.

It’s not unusual for someone with an eating disorder to be secretive and defensive about their eating and their weight, and they may deny being unwell.

With the increase in men experiencing eating disorders, there has also been more males checking into clinics or hospitals to get help.

And part of this rise can be contributed to male celebrities speaking about their own issues with their bodies.

Dennis Quaid in the 90s lost more than 40lbs because of his anorexia.

He came forward in 2006 to People Magazine about how he wasn’t satisfied with his body for a long time.

‘For many years, I was obsessed about what I was eating, how many calories it had and how much exercise I’d have to do,’ he said.

Rapper Eminem replaced his drug addiction in 2007 for an eating disorder as he went from 230lbs to 149lbs.

He told Men’s Journal that he became addicted to running and what it was doing to his body.

‘I got an addict’s brain, and when it came to running, I think I got a little carried away,’ he said ‘I became a f**king hamster.’

But even with male celebrities speaking more about their problems, a stigma still remains with men appearing ‘weak’ if they admit to having one of these disorders.

There is pressure in society for a man to be strong, fit and the protector for a family, which Kassar said can lead to problems psychologically with their physical fitness.

Kassar said she has also seen a rise in young boys experiencing eating disorders due to societal and athletic pressures.

‘(There is) pressure with them in terms of weight and making weight,’ Kassar said.

This has caused young boys to turn towards eating disorder such as anorexia in order to fit a specific physical image they think is needed.

But more treatment is available for women including female-only clinics and programs.

Male-only treatment facilities have slowly risen to combat the difference between the two genders and there was a 69 percent increase in programs in 2013.

Body dysmorphia and how it differs from eating disorders

An estimated five to seven million people suffer from body dysmorphic disorder in the United States.

Individuals with body dysmorphia have an extreme focus on one or multiple aspects of their body that they wish they could change.

While eating disorders and body dysmorphia can go hand-in-hand for a person, there are those who don’t using eating or not eating to fuel their disorder.

Instead, they might become obsessed with surgery to alter their appearance or will become fixated on their flaws, which can lead to depression.

In a two-part interview on The Doctors to air Wednesday and Thursday, Aaron Carter admitted to his issues with his own body dysmorphia.

He has become addicted to cosmetic surgery in his face in order to alter his appearance. 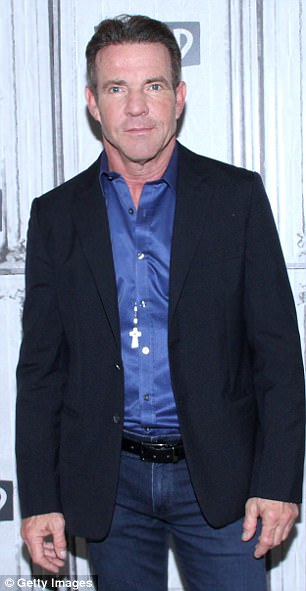 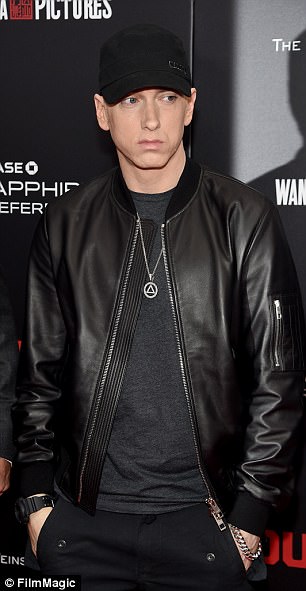 Dennis Quaid (left) and Eminem (right) have struggled with weight and their physical appearance. They both spoke in interviews about their extreme weight losses in order to feel better about their bodies.  In the past six years, men seeking treatment for an eating disorder has risen 70 percent and experts say the change in societal perception has helped

Robert Pattinson also opened up in an interview with Australia’s Sunday Style magazine in 2013 about his struggle with his appearance.

He said he would get extreme anxiety on red carpet events because he didn’t feel comfortable in his own skin.

Another category of body dysmorphia is muscle dysmorphia.

This is when someone thinks they need to be a certain physique and muscular appearance in order to be satisfied with their appearance.

This is the opposite of anorexia where someone feels the need to be as thin as possible.

Someone who suffers from muscle dysmorphia will become obsessed with the gym and working out because they think they need to obtain extreme fitness goals to be comfortable with their body.

The need to be psychically fit can be led on by the male physique portrayal in celebrities, superheroes and GI Joe dolls.

It can impact the a male’s perception of himself just like how Barbies have an impact on females.

Kassar said that with the increase in research and people talking about male disorders could help lead to more treatment options for them.

‘It’s an encouraging sign that there are more men comfortable asking for help,’ Kassar said.