‘We’re not going to stop’: Eco-warriors as young as 13 skip school to storm the lawns of Parliament House and demand climate change action

One year after they gathered for the first climate strike, a group of school students again met on the lawns of Parliament House in Canberra to make a direct call to the prime minister.

The students, who held their strike one day earlier than the rest of the country to allow federal politicians to attend, vowed to continue their movement until action is taken.

Anya Khan, 13, who spoke at the rally, said the protests had gained momentum over the last year.

‘We’re not going to stop until we get our demands met,’ she said.

Pictured: School strikers took to the lawns of parliament house on Thursday to demand action for climate change

Another speaker, 13-year-old Amelia Hollo, told the students the government must act quickly and decisively.

‘Young people are the ones going to be affected and we’re showing the government that we know about this,’ she said.

‘Despite the government’s attempts to say it’s all fine, it’s not all fine and we’re here to show people that this is what needs to happen.’

The strike was followed by a Climate Classroom event, where students heard from climate experts on the worsening effects of the crisis. 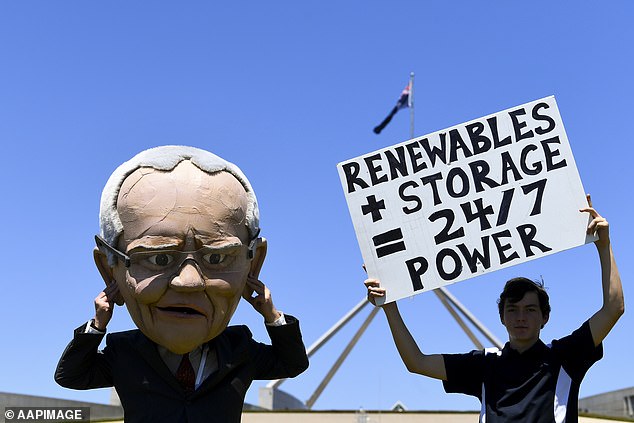 One of the presenters was Will Steffen, a Climate Councillor and professor of climate and earth system science.

‘These students are so important,’ Professor Steffen said.

‘They have so much moral authority because it’s their future that we’re destroying by pumping greenhouse gases into the atmosphere.’ 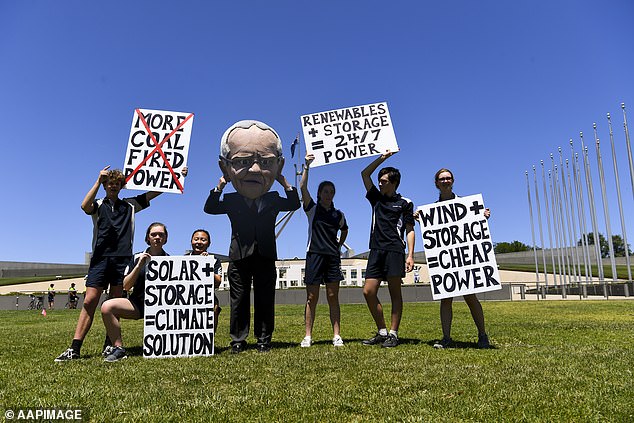 Students across the country will on Friday strike for ‘Solidarity Sit-Downs’ at the offices of politicians and fossil fuel companies.

The event is being held to acknowledge those suffering the effects of climate change, including the victims of recent bushfires that ravaged NSW and Queensland.

The strikers’ demands are that no new coal, oil and gas projects be approved, that Australia move to 100 per cent renewable energy and exports by 2030, and that funding is allocated for a transition away from fossil fuel jobs.