Ed Sheeran reveals he only wears his trademark glasses for fashion

Ed Sheeran has admitted that he only wears his trademark glasses for fashion purposes after secretly having laser surgery.

The singer, 30, spoke to iHeart Radio in Canada following the release of his hit new single Bad Habits last week, where the singer revealed that he had the procedure.

He mused: ‘I’m always kind of looking the same and dressing the same. Although I got my eyes lasered and I’ve lost quite a bit of weight so I do look a bit different.’

Clear lenses: Ed Sheeran has admitted that he only wears his trademark glasses for fashion purposes after secretly having laser surgery, (pictured in July 2019)

Ed – who lost four stone in 2019 by by running and cutting down on pies and booze – added: ‘I spent my whole life wearing glasses from a kid, I’ve seen through Perspex for the last 28 years.

‘I’ve got all my glasses and I’ve turned them back to clear lenses so if I ever wanna “look fashionable” I’ll stick em on.’

The singer, who has 32.8 million followers on Instagram, said that the surgery took just 45 seconds per eye and gave him 20/20 vision – something he has never experienced before without the help from specs. 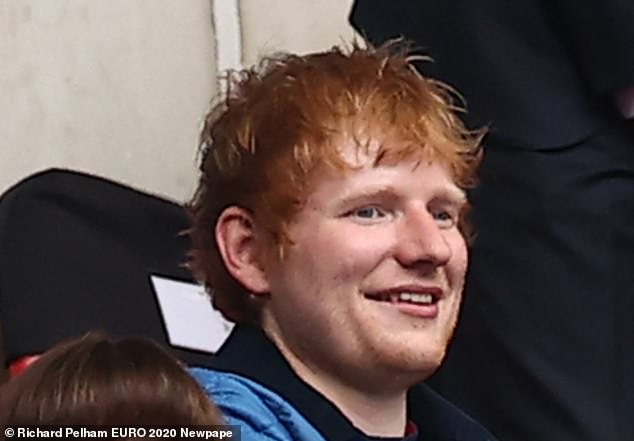 ‘I spent my whole life wearing glasses’: The surgery took just 45 seconds per eye and gave him 20/20 vision and he can now see clearly (pictured on Tuesday)

The Shape of You hitmaker said of life post-surgery: ‘It was kind of limitless when I opened my eyes…

‘I’m so annoyed I didn’t get it done before, I’ve missed out on 10 years of awesomeness. I would highly recommend it for anyone.’

Ed’s glasses confession comes after he left fans in hysterics by revealing he orders pal Courteney Cox an S&M mask each time he visits her home.

The musician was appearing on the Late Late Show with James Corden on Monday when he revealed his practical joke. 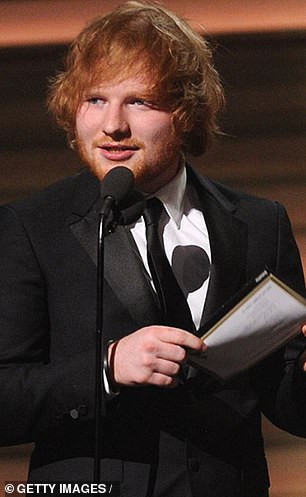 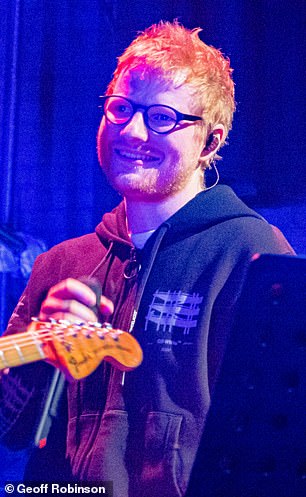 Then and now: Ed lost four stone in 2019 (pictured left in 2016 and right 2019) and said he now looks quite different slimmer with no glasses

While appearing on the show, Ed said: ‘She has this Alexa thing in her house, and she goes, “Yeah, this is wonderful. This is my Alexa. I can just order whatever on this”.’

He then revealed that he used the Alexa to order a mask to Courteney’s house while she was out of the room.

However, his prank backfired when one of Courteney’s assistants discovered the mask in the post.

Ed said: ‘She opened the post and she finds this mask and instantly goes, ‘Oh, I don’t think I was meant to see that’ and leaves it on Courteney’s bed. And Courteney comes up, and she’s like, “Where did this come from?”

Courteney eventually discovered that Ed had been behind the mask and now he continues to order one for her each time he visits her in LA.

He said: ‘Every time I go back there, I order her another gimp mask. And she has maybe 12, and then, I hide them in people’s bedrooms. So they’ll go in a drawer, and they’ll just find this leather S&M mask.’ 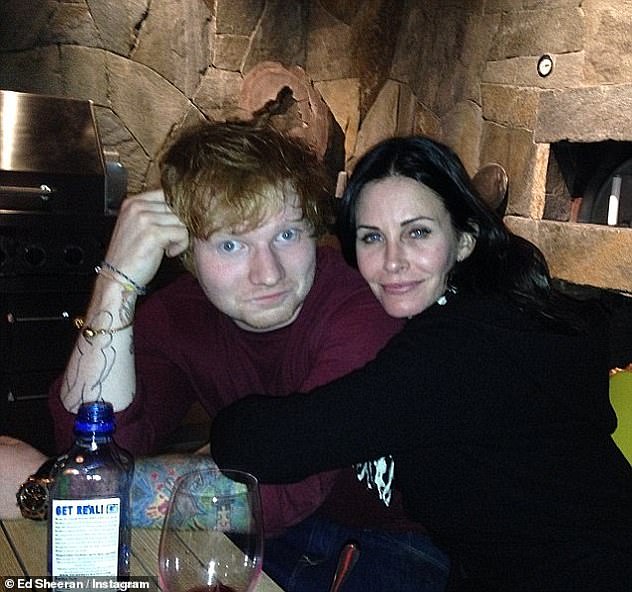 Hilarious: Ed’s glasses confession comes after he left fans in hysterics by revealing he orders pal Courteney Cox an S&M mask each time he visits her home