Defiant Eddie Jones calls on furious England fans to ‘have some faith’, insists he is ‘coaching well’ and that ‘progress is very positive’ despite another poor Six Nations and being totally outclassed by champions France

Eddie Jones told England supporters to ‘have some faith’ in his Red Rose project despite an underwhelming Six Nations finish for the second successive season.

The pressure on Jones is becoming overwhelming after a third Championship defeat came in Paris against a France side who sealed a first Grand Slam since 2010 with a 25-13 victory.

Serious questions must now be asked over whether Jones is the right man to lead England to the 2023 World Cup, but the man himself is unequivocal that’s the case. 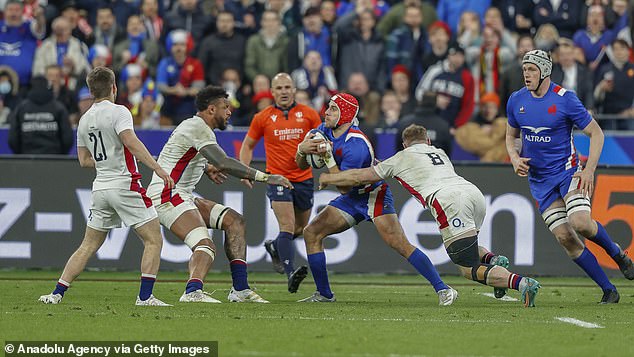 Asked what his message was to England fans who have questioned his suitability to lead the team into the next 18 months, Jones responded: ‘They’ve got to have some faith.

‘I think I’ve done a reasonable job for England. We’re going through a period now where we’re rebuilding the team and it takes time.

‘Look at the French team, it took them three years to win the Championship. We’ve rebuilt the side from the last Six Nations. I think the progress is very positive.

‘The results aren’t the results we’d like. We’d all like to be winning tournaments and be at the top of the table, but we’re not quite good enough to do that now. 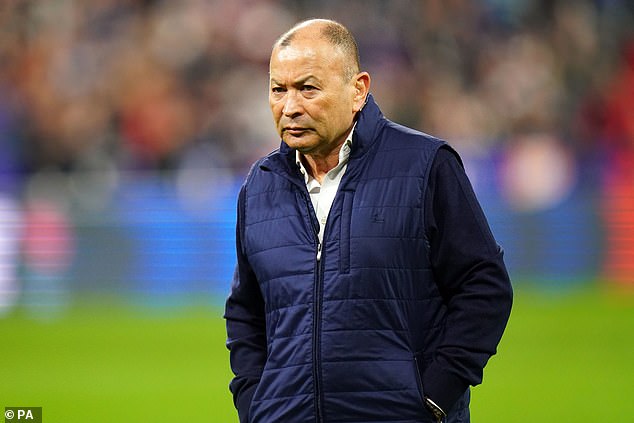 ‘But within the next 12 to 14 months when we prepare for the World Cup, we will be.’

‘I couldn’t be more excited about the prospects for this team.’

Freddie Steward grabbed England’s only try in Paris, but Jones’ side were outscored by three to one by France who crossed though Gael Fickou, Francois Cros and Antoine Dupont. 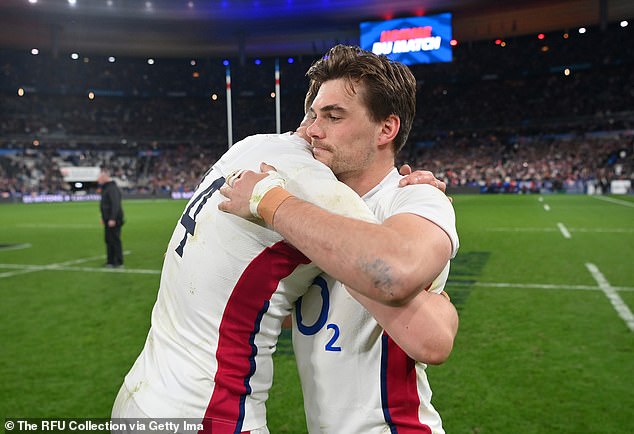 Freddie Steward (left) grabbed England’s only try in Paris, but Jones’ side were outscored by three to one by France

It means England ended the Six Nations in third place, but with just two wins from five games. Defeat in Paris followed previous reversals to Scotland and Ireland.

Jones brushed off questions as to whether he’d already had backing for his position from his Rugby Football Union bosses, but he is likely to meet Twickenham chief executive Bill Sweeney in the coming weeks to review the Six Nations.

A summer tour to Australia is England’s next focus.

Asked if he had enough time before the 2023 World Cup – which will take place in France – to turn England’s fortunes around, Jones said: ‘One hundred per cent. I think we’ve got 11 Tests before the World Cup and if you look at that, it means guys like Freddie, Marcus Smith and Harry Randall are going to increase their Test experience by 100 per cent in that period.

‘There is a great learning experience for them. I think the timing for our team going into the World Cup is very good.’